Kusal Mendis further underlines his stature at the top 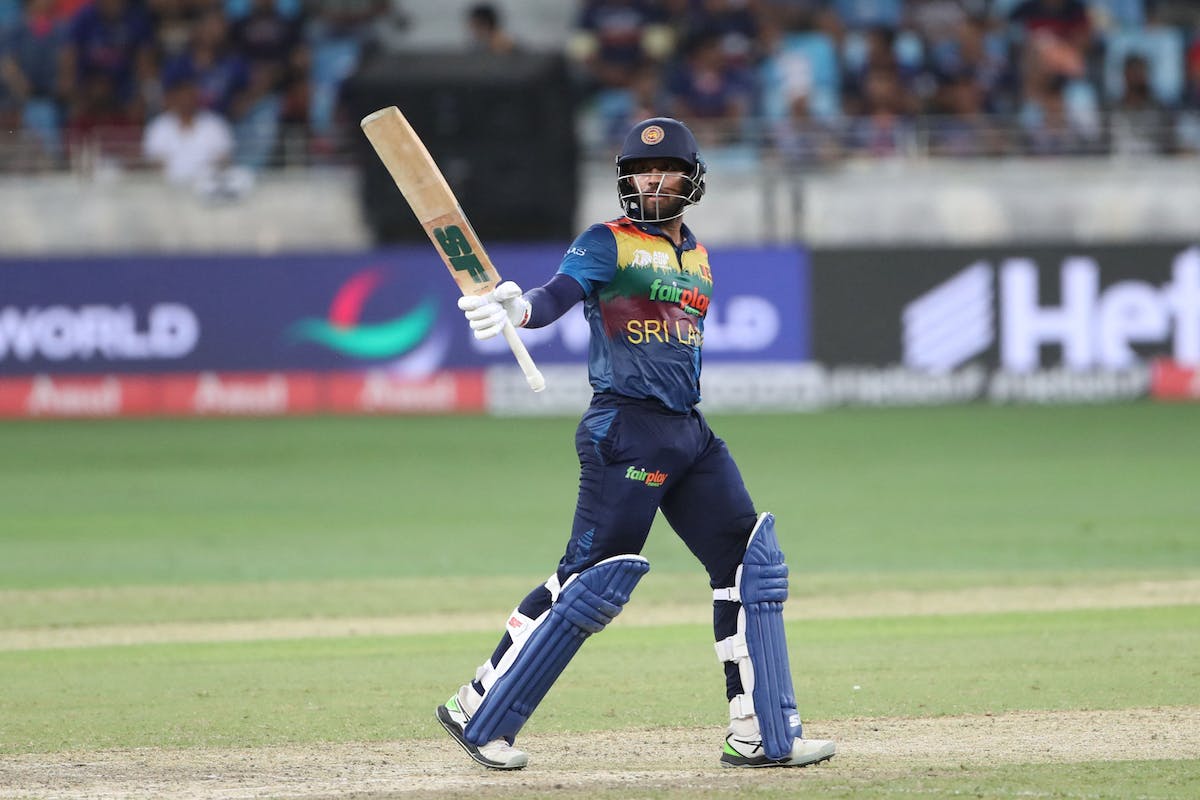 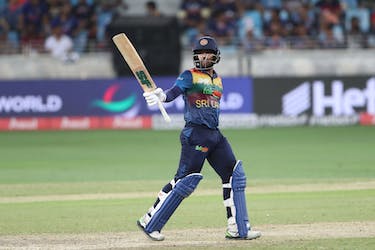 Kusal Mendis further underlines his stature at the top

173 was always going to be a stiff target. But for Sri Lanka, who had chased down 184 and 179 in their last two games, were determined to make it three in a row. Being bowled out for just 105 in the first game of the tournament was perhaps the wake-up call Sri Lanka needed and ever since their batting has come together and put up performances they can be proud of.

Sri Lanka 89 for no loss in pursuit of 174 with both of their openers well set. Kusal Mendis had been the most in-form batter for Sri Lanka in the tournament and he once again got his side off to a flying start. Luckily this time, he found an able ally in Pathum Nissanka, who took the pressure off him.

Mendis has been at another level in the powerplay in Asia Cup 2022, having hit 82 runs at a strike-rate of 164 and was dismissed just once. This comes as no surprise as since returning from his ban he has struck at over 150 in the first six overs whenever he has opened the innings.

While he has been juggled in the batting line-up, it is at the top of the order that he has made the most impact, displacing the experienced Danushka Gunathilaka.

Whenever he has opened the innings in the last year he has scored at an average of 56, scoring at 144.5. However, outside that he has managed to score at just 14.8 with a strike-rate of well under 100.

Going into the Asia Cup, Mendis also opened in the SLC Invitational T20 League, where he ended the tournament as the leading run-getter with 206 runs at 68.66, which also included a couple of fifties.

In the Asia Cup, many spoke about how Hardik Pandya’s redemption. In the group stage game against Pakistan where his all-round performance won India the game. At the same venue against the same team in the same tournament four years ago, Pandya injured his back, had to undergo surgery and has now made a successful return to the side.

Mendis in the previous edition was dismissed for ducks in the game against Bangladesh and Afghanistan, jeopardizing his place in the side. And now four years on, in the same tournament, Mendis is Sri Lanka’s best player in the tournament with 155 runs at a strike-rate of close to 160.

Mendis stepped into the international scene with immense potential. His 176 in the first Test against Australia in 2016 was the sign of things to come. Since then, there has been ups and downs but what’s not changed is Sri Lanka’s faith in the batter and his ability to deliver.

Sri Lanka have tried as many as 11 opening partnerships in T20Is since 2021. Out of that, Mendis-Nissanka have been the most successful having scored at an average of 46 and run-rate of 8.41.

In a team where the No. 3 and 4 have been massive disappointments, the Sri Lanka openers have been responsible in ensuring that they are not talked about much. Also, the way Bhanuka Rajapaksa and Dasun Shanaka have finished off matches has further brushed aside the fact that Gunathilaka and Charith Aslanka who bat at three and four have scored just scored a run-a-ball 71 between them in the tournament so far.

Mendis’ performance as an opener in the last year has ensured that Sri Lanka do not fiddle with his position anymore. Plus, he doubles up as a wicketkeeper with minimum fuss which is an added incentive, allowing Sri Lanka to play an extra batter or bowler and keeping experienced pros like Dinesh Chandimal on the bench.

With Sri Lanka as a nation having gone through a lot over the last few months with political uncertainty and economic crisis, a successful Asia Cup may not solve all that but could bring a smile on a few faces. Mendis is certainly doing his part in making a nation happy.

In the end, what’s the point of sport if it cannot bring a nation together amid difficult times?