Lack of 'intent' in middle overs could hurt Bangalore 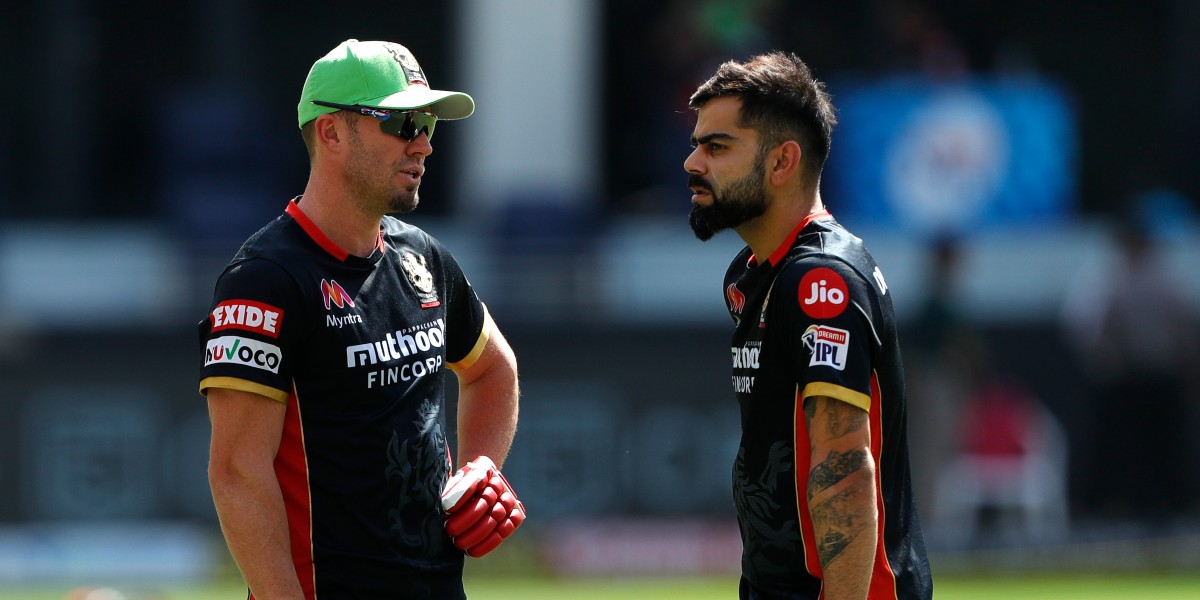 Lack of 'intent' in middle overs could hurt Bangalore

Mumbai Indians and Royal Challengers Bangalore would look to get those two crucial points and all but confirm their spot in the playoffs when they come face to face in Match No. 48 of the Indian Premier League 2020 in Abu Dhabi on Wednesday (October 28). The two teams have been outstanding in the tournament so far but things could turn around pretty quickly at the business end of the league phase.

The two sides are coming into the game on the back of deflating losses, but it's the latter who would be more worried about their chances because of their Net Run Rate (0.092). Mumbai (1.252) have the highest NRR, so despite the possibility of five teams finishing on 16 points, a win here would almost see them through to the last four. This win won't just consolidate their position in the points table but will also solidify their chances of the coveted top-two finish.

MI have lost only four matches this season, which have largely been because of their bowlers. When they last faced Bangalore this season, their bowlers conceded 201 but Ishan Kishan and Kieron Pollard managed to tie the game, which Mumbai eventually lost in the Super Over. Mumbai were then involved in two Super Overs against Kings XI Punjab and once again ended on the wrong side of the result. Meanwhile, on Sunday, the likes of Trent Boult, James Pattinson, Jasprit Bumrah, Krunal Pandya and Rahul Chahar suffered a severe beating at the hands of Ben Stokes and Sanju Samson.

Make no mistake, Bumrah is a world-class bowler but the ace paceman hasn't been as consistent as he would have liked. Then you have pacers like Pattinson and Boult who have been excellent with the new ball but have struggled in the last five bowlers. Pattinson has leaked runs at 9.6 in death overs, while Boult has conceded runs at 10.3. 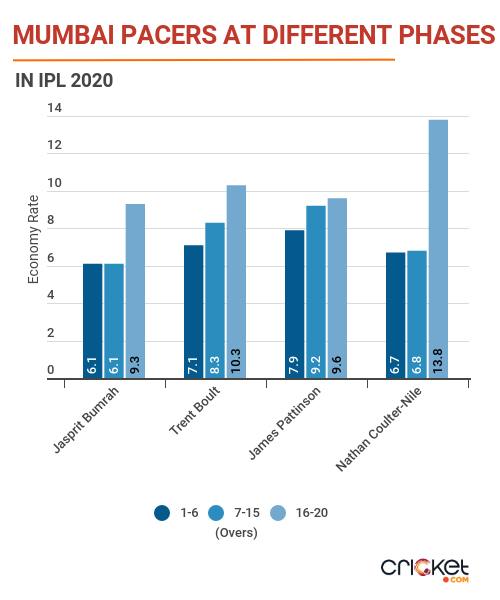 Just because these two are more effective with the new ball, Mumbai haven't been able to use Bumrah in the first few overs. Out of 11 innings, only twice Mumbai have given the new ball to Bumrah and the paceman has taken six wickets in those two games. The likes of Virat Kohli and AB de Villiers have a pretty solid record against Bumrah and if they can somehow take care of him, Bangalore could really go after other bowlers.

BANGALORE NEED TO BE WARY OF POLLARD & HARDIK

In Hardik Pandya and Pollard, Mumbai have two of the most devastating finishers in the business. Apart from two games, Hardik has chipped in with fiery cameos in every encounter. However, the right-hander from Baroda was at his brutal best against Rajasthan Royals, smoking 60* off just 21 deliveries. Then there is Pollard who has only been dismissed twice in this season. The Trinidadian has smashed 214 runs in eight innings at a superb strike rate of 198.14 in this edition and is now also leading Mumbai in Rohit Sharma's absence. 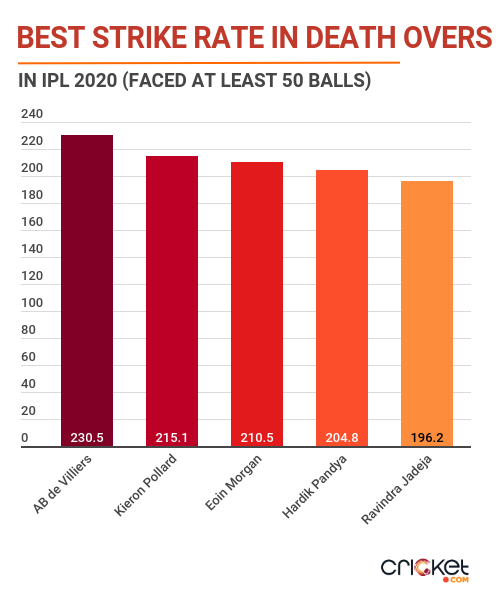 The two have done well against Bangalore in the past and the onus will once again be on them to cause most of the damage in the last few overs. Despite losing Rohit, Mumbai still have a formidable top-order. Quinton de Kock is their leading run-scorer, while Ishan Kishan, Suryakumar Yadav and Saurabh Tiwary too have done a good job. However, Bangalore will be most wary of Hardik and Pollard.

Skipper Kohli keeps talking about intent but that's exactly what they have been missing in the middle overs (7-15). RCB have scored at a run-rate of just 6.8 in that phase, which is the worst amongst all eight teams. In their last game, RCB lost to CSK for the exact reason.

Only Shivam Dube (122.9) has a strike rate of over 120 in the middle overs for RCB. The likes of Kohli (112.1), Devdutt Padikkal (110.3), AB de Villiers (104.2), Aaron Finch (120), Washington Sundar (100) and Gurkeerat Singh Mann (83.3) have all struggled to score freely. Kohli in particular has scored only 26.5 percent of his runs in the middle overs via boundaries, which is the lowest amongst batsmen who have faced at least 100 deliveries in that phase this season. Bangalore can't afford to get defensive against Mumbai and will have to show the same intent that they did last time around. 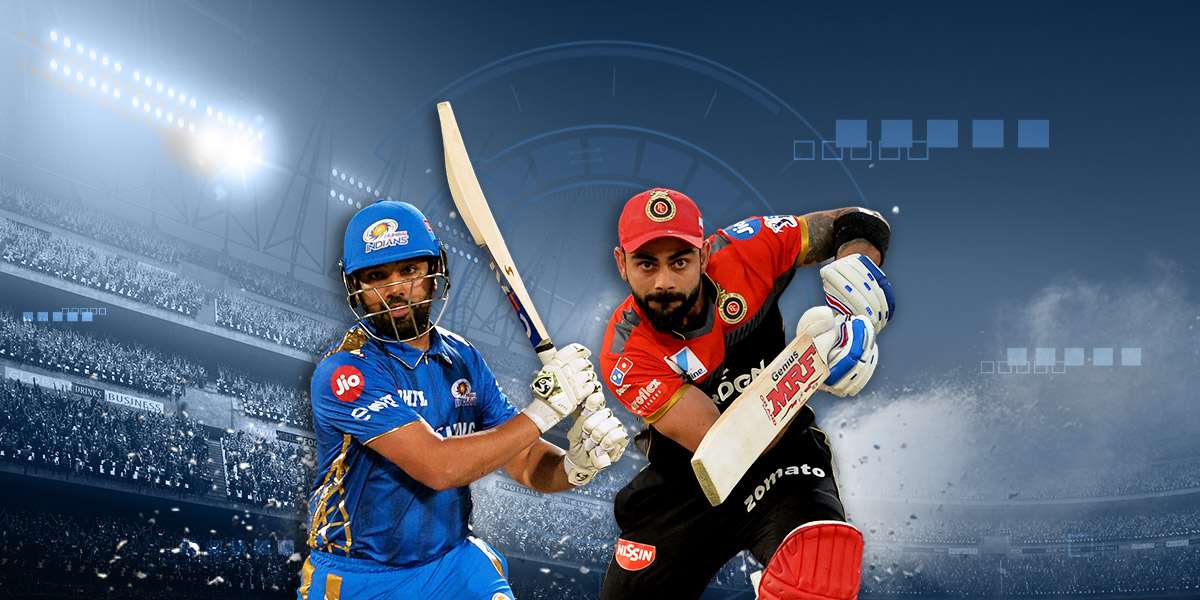