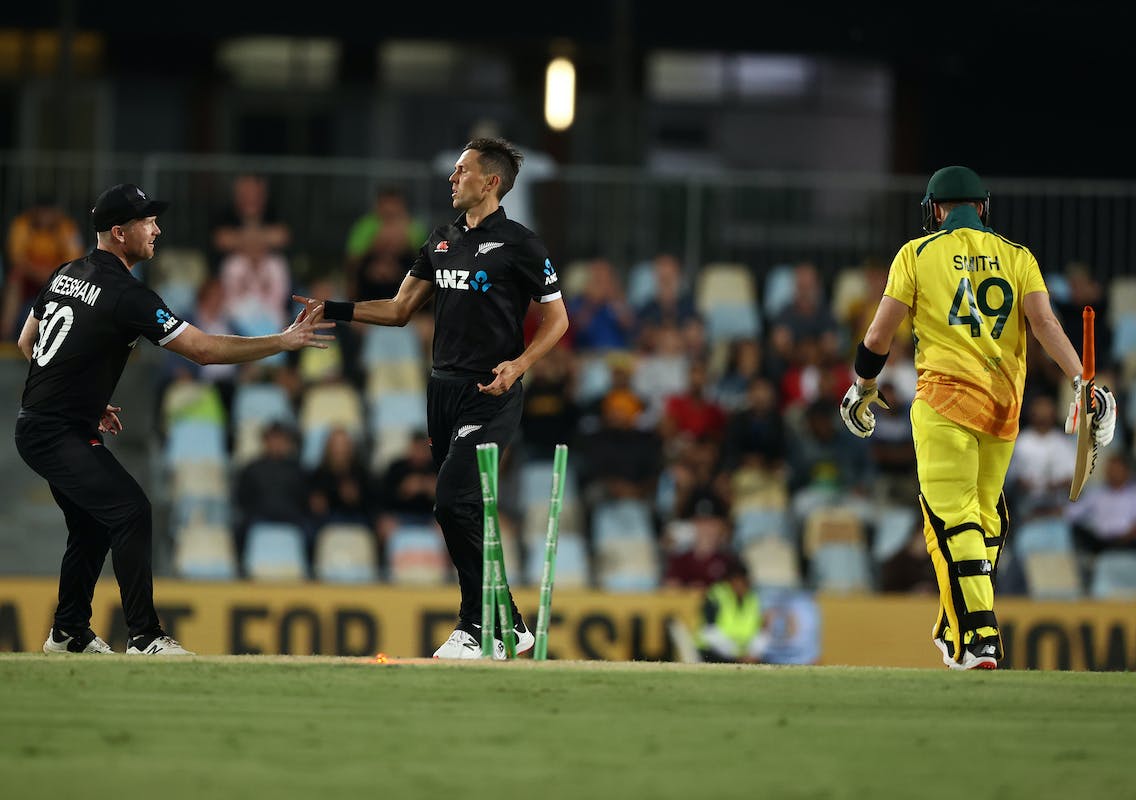 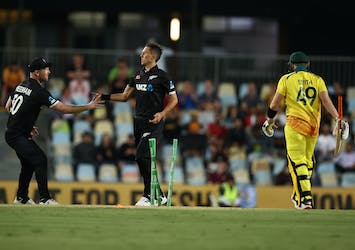 Boult claimed three wickets in his first spell, but was taken off until the 29th over which helped Australia claw back into the game

Boult bamboozled the top-order with his swing and seam by removing Aaron Finch, Steve Smith and Marnus Labuschagne in his first five overs which left Australia reeling at 38/4 by the 10th over.

However, the leftarmer didn't return until the 29th over by the time Cameron Green (89 not out) and Alex Carey (85) resurrected their chase. The hosts went on to win the game by a narrow margin of two wickets as Green and Adam Zampa (13 not out) took them over the line with five overs remaining.

"You can look at it both ways. Either you can bowl him (Boult) one more over but you've got to look at the bigger picture, the batting line-up Australia have, they bat deep, whether you go for the kill at that moment or just hold him back. The guys we've got in our line-up, whatever the situation is we back anyone to come in and take wickets," Latham said after the match.

Despite taking off Boult, New Zealand were in a strong position after Matt Henry removed Marcus Stoinis to leave Australia at 44/5.

"Whether we do that in the same situation next game or whether we do things slightly differently, that's the way we went about it and we certainly back the guys in those situations. That's the decision Kane decided to do, you do have to hold a few overs back every now and again and that was the decision we went with," Latham added.

The game saw rain interruption after which New Zealand could've used their spinners, but Michael Bracewell and Mitchell Santner were used up early in the innings.

"The wicket probably got a little bit better than what we expected, skidded on a little bit more and made batting a little bit easier. Hopefully if we are in that situation tomorrow we can try and create a few more chances and get a few more wickets through the middle," Latham said.

Australia face New Zealand in the second ODI of the Chappell-Hadlee Trophy at Cairns on Thursday.