Day one: A needless run-out puts Australia in front 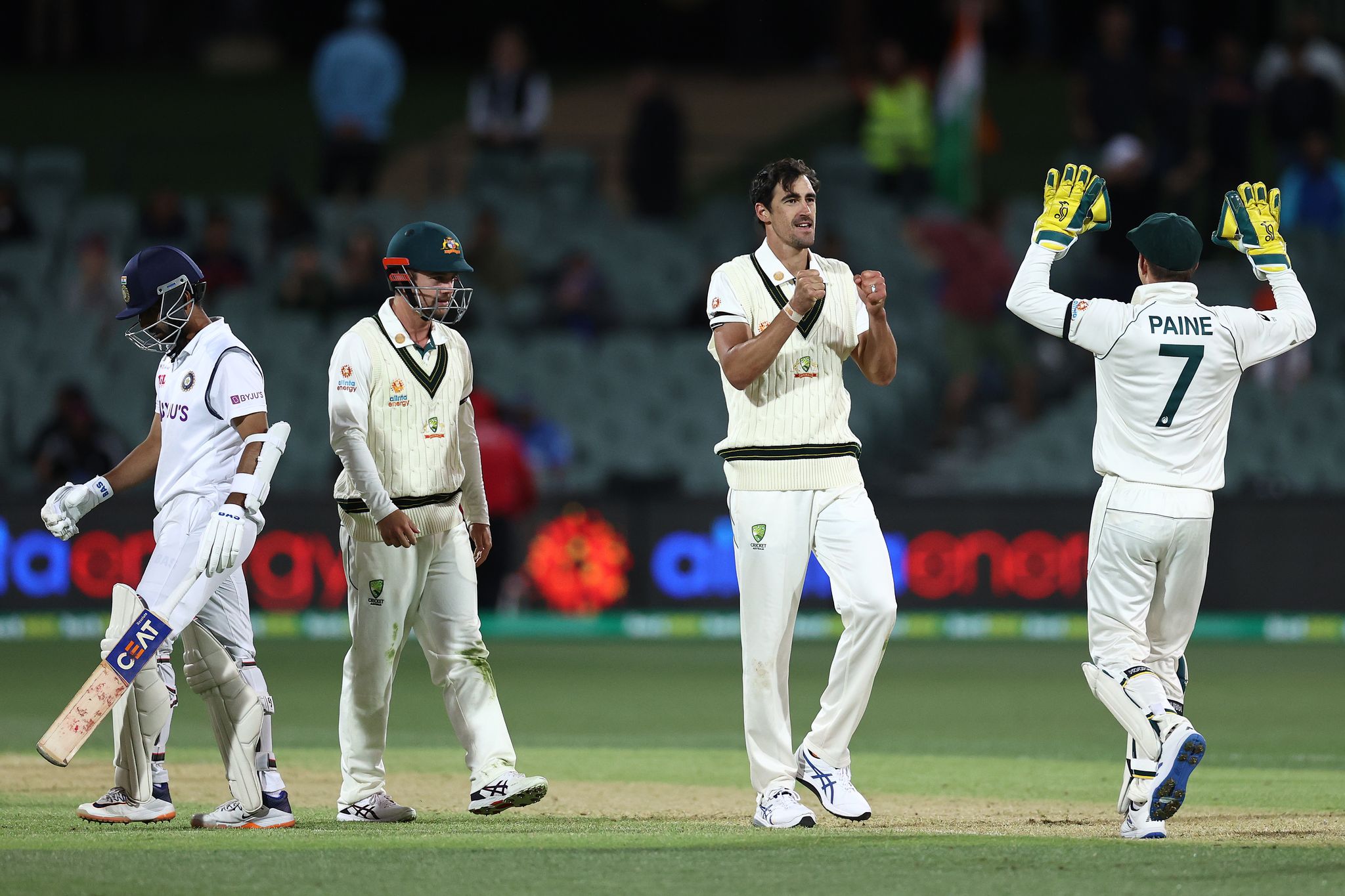 Day one: A needless run-out puts Australia in front

A misjudgement from Rahane shortened Kohli's innings to 74. India ended the first day at 233/6

A run-out in a Test match defies logic. In a format where even the best of limited-overs batsmen build their innings on well-judged leaves, the hurry that leads to a run-out is unexplainable.

Thus, it is criminal that a run-out is the highlight of the day when the Aussie bowlers did not give anything away. Given that it was of Virat Kohli, batting unflustered and well on his way for his first century of 2020, it marks the most important point of the day and can be telling on the outcome of the Test.

The incident happened in the 77th over. Kohli and Ajinkya Rahane had added 88 runs for the fourth wicket and India were looking set for a big score at 188/3. Rahane - who was impeccable with his decisions before this - called Kohli for a run after a firm drive to mid-off. Trusting his partner, Kohli set-off only to be stopped mid-way by Rahane who realized his miscalculation as soon as he had done it. Kohli was already looking at a sorry Rahane when Josh Hazlewood threw the ball to Nathan Lyon with the non-striker standing in the middle of the pitch.

Flustered by the impact of his misjudgement, Rahane lost all confidence in what otherwise was a solid 42-run knock. Rahane failed to react to the pace and length to a full ball in the first over with the second new ball by Mitchell Starc. The ball, angling in, caught him plumb in front, nullifying all the hard work India's three, four and five did in the day.

8mm of grass on the pitch was shorter than in other day-night Tests at the Adelaide Oval. There was no swing in the air either. Moreover, none of the outside edges carried to the slip cordon. Despite all this, the Australians did not allow most of the Indian batsmen to settle. Pat Cummins was economical, Hazlewood was probing, Lyon was accurate and Starc was among the wickets.

The two things that the Australian pacers can be questioned for are one, bowling seven no-balls and two, bowling a third of their deliveries short when all their wickets came at the 2-4 meter length.

There was bounce for Starc on the first ball of the game and Prithvi Shaw went right behind it to offer a perfect defence. If one thought that he might not be his flashy self on the big occasion and will bring his body behind his shots, they were proven wrong the very next ball. Bowled a fraction fuller by the pink ball loving Starc, Shaw could not resist a poke away from his body. As the ball crashed into his leg stump, it earned the Mumbai lad his first duck in Test cricket.

For a while in the first session, Mayank Agarwal and Cheteshwar Pujara looked in control as they ensured to arrest a slide after a blow in the first over. Mayank had his set of troubles with the short ball and Pujara against a leg-side plan but both were competent with Pujara offering the dead bat and Mayank leaving well.

After two overs of Cummins post the drinks break, Cameron Green was warming up to bowl. Changing his mind, Cummins took the ball back to have another go. The decision worked an over later.

The entire morning the ball was reaching gun barrel straight to the batsmen. Had it done the same in the 19th over of the day by Cummins, it would have hit the middle of Mayank's bat on the forward defence. As it turned out, the world Number One had executed a perfect in-seaming ball that passed between his bat and pad to crash into the stumps. India were 32/2 with the innings going nowhere.

It was a signature Pujara innings with him defending or leaving away the Aussie bowlers all day in a knock that lasted for 160 balls.

To try different plans, first Hazlewood and then Starc crowded the leg-side field and targeted Pujara's body. This was to recreate some of Pujara's prior dismissals in Australia in the leg gully region. Starc even moved to ball around the wicket. The ploy worked as a thick inside edge from Pujara flew to the direction of leg gully, only to elude him to his right.

On two occasions, Pujara went into his shell and refused to score. In the first session, it was off the 35th ball after the hour that he scored his 15th run of the innings. He scored no runs for 23 balls on either side of drinks in the second session.

The second session tested Lyon's guile against Pujara's determination. On countless occasions, the edges on defensive shots from Pujara eluded the close-in fielders. But he put those away by using his feet against the off-spinner and pounce on scoring opportunities.

In the over before he got out, Pujara moved from 31 to 39 with the quickest eight runs of his innings. Cutting a short ball from Lyon to flicking an overcompensated fuller ball, he hit two consecutive boundaries. Coming down to a loopy off-spinner in the next over, Pujara got a thick inside edge to leg gully and it took a review for the right decision to be made.

From riding his luck to running out of it

Before his run-out, Australia could have had Kohli’s wicket on four occasions. The slow nature of the surface did not allow the balls to carry to the slips in the first session. The same attribute made the short balls from Cummins more lethal.

Twice he would have dismissed Kohli in back to back overs after the dinner break. Had the bounce been real, Kohli would have negotiated the short-pitched stuff. Today, the awkward jump made the ball rise high enough for Kohli to have to glove it out. It fell just in front of short leg the first time and flew past the vacant leg gully on the second occasion.

Kohli rode his luck for the third time when Australia chose not to review a chance down the leg against the offie. The replays suggested that contrary to what Aussies thought, the ball took a tickle off Kohli's gloves.

By the time Starc came on for his third spell in the 37th over, Kohli was more than 50 balls under his belt and was moving with his characteristic intent. He whipped his first ball to the deep mid-wicket fence to hit the fourth boundary of the Indian innings.

Kohli got lucky for the fourth time after a shortish ball from Starc hit his gloves, lobbed up but fell in the vacant square leg region. As a belated move, Starc brought the short leg in on the next ball. Kohli rode the bounce and pulled the ball into the ground to collect a boundary on the next short ball.

Before the avoidable, Kohli and Rahane did a good job resurrecting the innings. Lyon started the night session with a vacant cover region, luring the batsmen to attempt their drives. The ploy did produce an outside edge from Kohli but both him and Rahane collected a boundary each through the region. The pair scored 21 runs off Lyon's four overs after Tea to hit him out of the attack

Kohli looked the most comfortable while playing Starc. He pulled him in front of square for the second time in the day to get into the 60s. Hazlewood was the bowler who extracted the most out of the old ball. After getting it to tail in, he foxed Kohli with a well-executed knuckleball that moved away after pitching.

Like his innings throughout, Kohli was ready when Hazlewood attempted to push him back with a bumper. He pulled him with ferocity to collect his seventh boundary of the innings. The shot also resulted in a consecutive fifty run stand for the visitors.

India scored under two runs an over during the first session. They pushed it to above two in the second but, when they eased into 3.5 runs in an over during the most difficult phase of play under lights, Australia were almost desperate for the new ball.

But, all the hard work came undone with an unnecessary dismissal. 188/3 soon became 206/6. After a few edges past the slip cordon and an odd-confident drive, Hanuma Vihari too succumbed to the pressure put on him, failing to get in line to a Hazlewood inswinger.

Wriddhiman Saha and Ravi Ashwin saw the day out with the latter playing some delightful strokes. India scored 126 runs in the last session but, with a little help from India's vice-captain, it is the Aussies who have inched ahead on the first day. 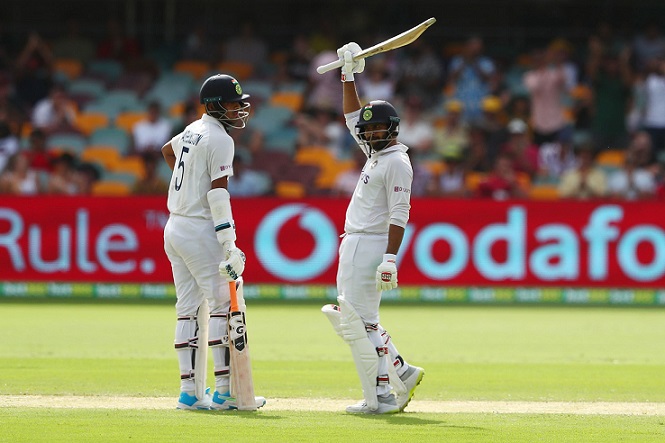 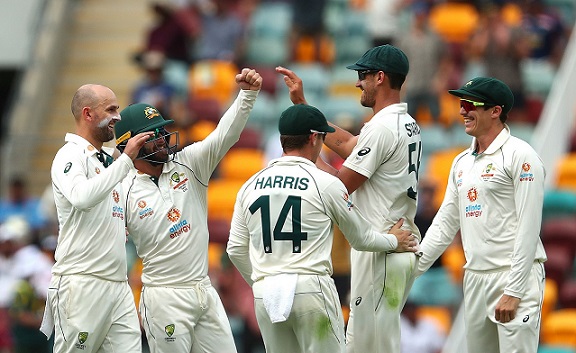 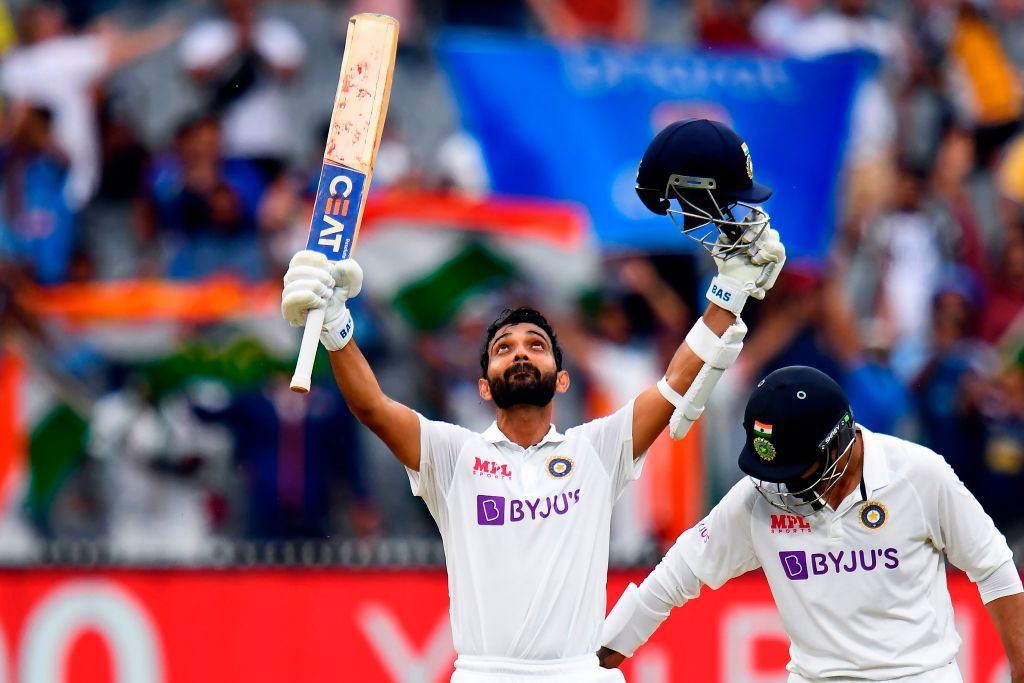 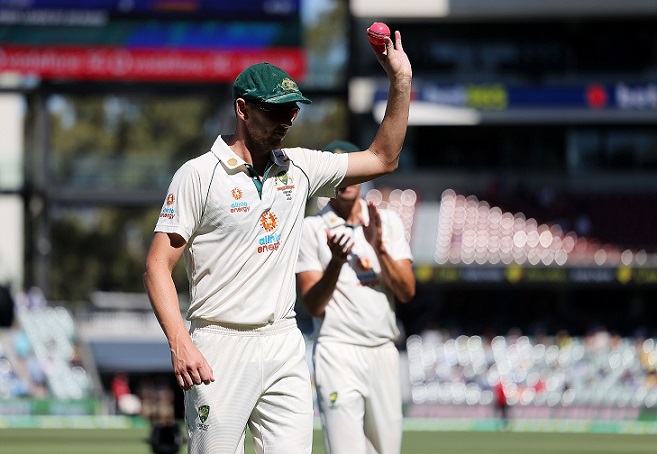