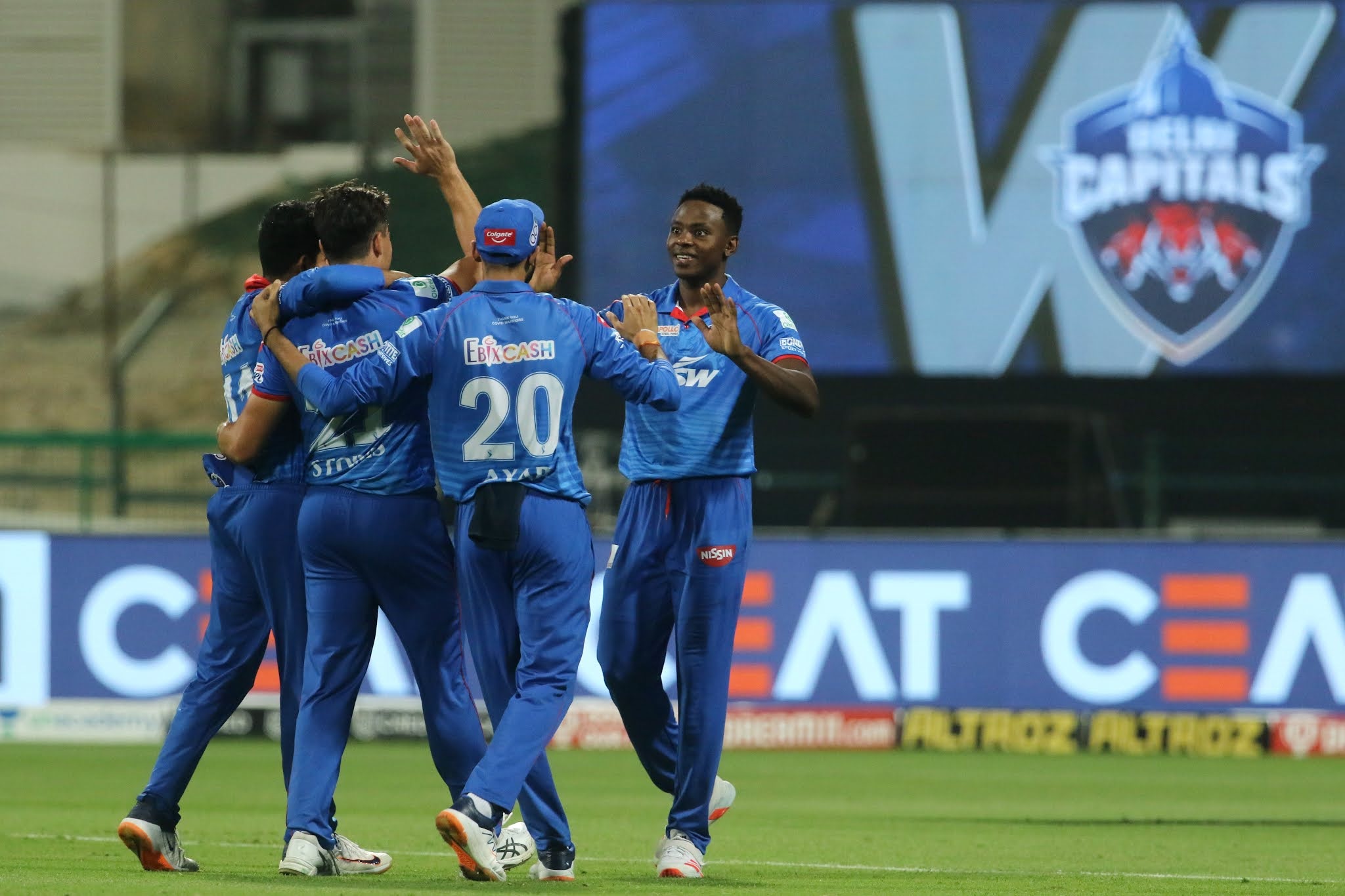 The jinx has been broken. Delhi Capitals had a number of obstacles to overcome, the biggest one of which was to arrest Sunrisers Hyderabad’s winning streak of four games. They had themselves won only one out of their last six games. Tonight, they ensured what has happened in past remains in past as they defeated SRH by 17 runs to enter their maiden IPL final.

Being troubled by low batting returns at the top, Delhi Capitals took the brave decision to bat first after winning the toss. One can say it was a gamble given the last eight night games at Abu Dhabi were won by the chasing side and SRH have been the best bowling side in the second half of the tournament. However, DC were playing to their strength. They have won a majority of the game while defending and they were ready to fight fire with fire.

The decision to open with Marcus Stoinis paid rich dividends. With a stroke of luck, he changed Delhi's fortunes at the top of their innings, scoring 33 runs from 21 balls in the Powerplay. His attacking strokeplay also freed up Shikhar Dhawan to take over SRH bowling later. Evidently, Delhi posted their best Powerplay score this season - 65 for no loss.

Dropped on 3 by Jason Holder, Stoinis accepted the second life by striking consecutive boundaries off the next two deliveries. Next over, he added salt to Holder’s wounds by striking him for three fours and a six which set Delhi’s innings ablaze. Dhawan broke free on the other end, collecting consecutive boundaries off Sandeep Sharma in the next over.

The start took SRH by surprise. The wheels were off very soon for them. It was clear from the fifth over itself when Shahbaz Nadeem bowled a waist-height no ball. Rashid Khan, in the next over, conceded four overthrows off his own bowling when he threw the ball needlessly without looking at where the wicket-keeper was standing. 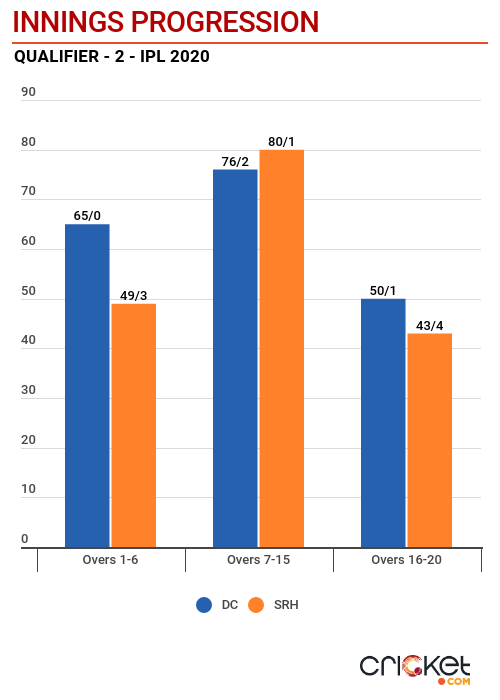 SRH, however, did manage to pull things back. Rashid hit Stoinis’ off stump in the ninth over with a quick leg break. After conceding 102 runs in the first 10 overs, SRH kept DC to a total of 189 on the back of some excellent restrictive bowling by Rashid and T Natarajan.

During all this, Dhawan kept going strong. Using his experience, he exploited his match-up against Nadeem to score 29 runs from 14 balls. After a stodgy 40-run stand with Shreyas Iyer, he found good support in Shimron Hetmyer. The two added 52 runs in a matter of 27 balls. The stand was broken by Dhawan’s dismissal on 78 who adjudged himself lbw in a strange turn of events. The left-hander walked despite the ball hitting him outside the off-stump.

Hetmyer’s unbeaten 42 from 22 balls earned him the second most points by a DC batsmen on Criclytics’ report card for the match.

DC’s start with the ball was just as fiery as their beginning with the bat. SRH opened with Priyam Garg and the youngster struck Ravi Ashwin for a six in the first over. Iyer quickly moved to his pace bowling duo of Kagiso Rabada and Anrich Nortje. Rabada had not been great in the Powerplay this season but tonight, he started with a peach. David Warner tried to get his feet out of the way but Rabada's inswinger thudded into them to ricochet onto the off stump.

After Garg and Manish Pandey used the duo's pace to milk a few boundaries, it was Stoinis' turn to wreck havoc with the ball. Renowned as the Hulk, he gave himself not one but two chances to pump up his biceps. He went through Garg's batswing to hit his stumps before Pandey mistimed the last ball of the over straight to Nortje at mid-on. This was the first instance of Hyderabad losing more than two wickets inside the Powerplay this season.

For SRH, the game was played in two different parts - one when Kane Williamson was at the thick of things, ie, with the bat in his hand. The other was when he was not batting. It was only during Williamson’s presence at the crease when SRH seemed to be going somewhere in the game.

He started slowly as the situation would demand after a disastrous start. From being 12 off 13 balls in the ninth over, he collected a six each off the next four overs, racing to a 35-ball fifty in the 14th over. He found some help from the other end in Jason Holder to string a partnership. However, Holder contributed only 11 runs from 15 balls in a fourth-wicket stand of 46.

The runs from the other end came when Abdul Samad walked to the crease. Facing a ball after four games, he took the pressure off Williamson when he carted Nortje for two fours and a six in the 15th over. The match went into the last phase - death overs of the second innings - with SRH looking for 61 runs from 30 balls.

There were 18 runs from the next 10 balls. This was when Stoinis pitched the ball wide of the crease. Had Williamson left it, it would have been a wide. But he chased it in what could be the only mistake of his innings and found Rabada at sweeper cover. Although yet to give up, Rashid fed off Ashwin's bad day on the field. He struck him over the fence off consecutive deliveries (10 runs) keeping SRH in the hunt.

The equation was down to 30 off two overs. Rabada and Nortje had missed their spot quite often at the death in the last two games. Tonight was not that night. Rabada struck not once, not twice but thrice in the penultimate over. He snaffled both Samad and Rashid off consecutive deliveries.

Both the batsmen perished in a failed attempt to clear the ropes and were caught on either sides of the sight-screen. Shreevats Goswami was the next man to depart which deprived SRH of a specialist batsman to pull off the humongous task. Nortje kept it neat in the last over, allowing only 4 runs which ultimately paved the way for Delhi's first IPL final.