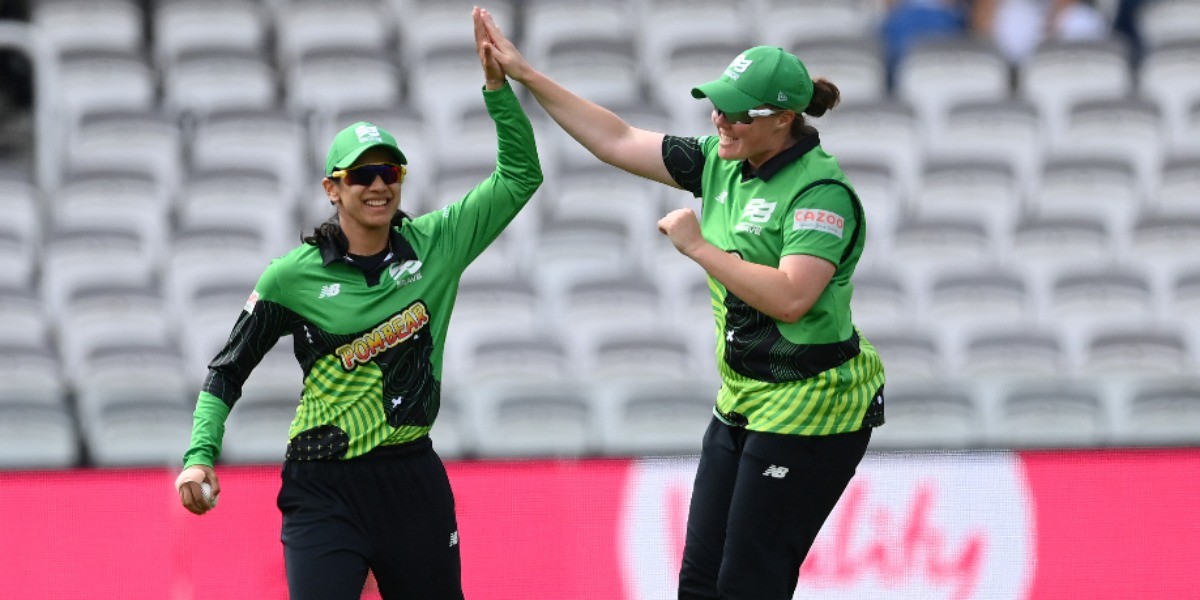 All-rounder Deepti Sharma was able to get the prized wicket of her international team mate Smriti Mandhana, but was unable to stop Southern Brave from registering a thumping seven-wicket win over London Spirit in The Hundred on Sunday.

Batting in the first innings for Spirit, Sharma was unable to contribute any runs as she was dismissed for a golden duck by Amanda-Jade Wellington off the 44th ball. Wellington claimed a sensational 4-14, to which Mandhana contributed with catches of Heather Knight and Tammy Beaumont, as Spirit were all out for 93 in 96 balls.

In reply, Brave lost Mandhana's wicket off the 19th ball after Sharma trapped her leg before, but Danni Wyatt (21 off 22 balls), Sophia Dunkley (22 off 19 balls) and Stafanie Taylor (29 not out off 32 balls) ensured they reached the target with seven wickets in hand and eight balls to spare.

The win maintained Brave's unbeaten run in The Hundred as they kept their place at the top of the table with eight points from four matches.