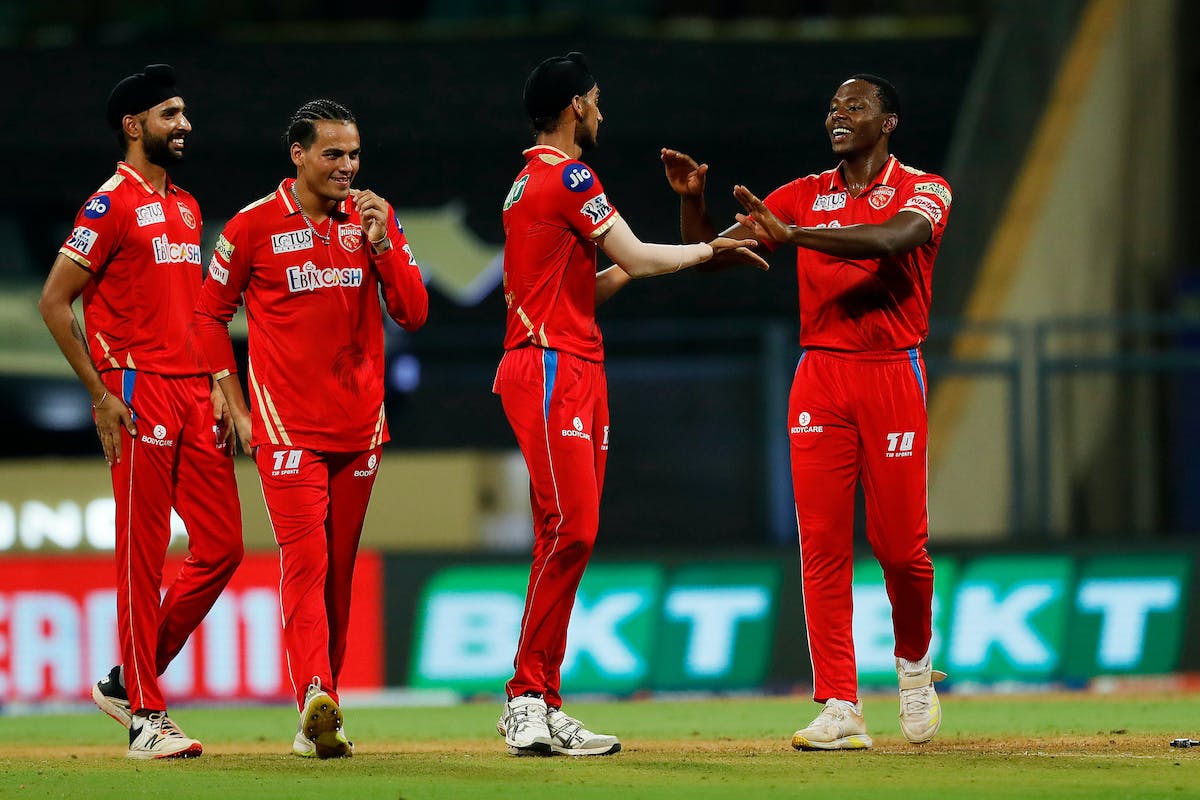 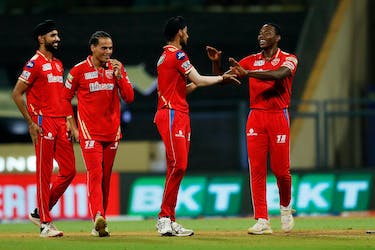 Punjab Kings captain Mayank Agarwal heaped praise on pacers Arshdeep Singh and Kagiso Rabada for their death bowling in the 11-run win over Chennai Super Kings at the Wankhede Stadium on Monday.

Arshdeep's two overs at the death were crucial as the left-armer gave away just 14 runs while Rabada removed Ambati Rayudu (78 off 39 balls) in the 18th over after he hit Sandeep Sharma's 16th over for 23 runs.

"I thought Arsh bowled exceedingly well. I must credit him. Throughout the season, he's stood up in tough moments and he's bowled the tough overs. He's always put his hand up and said, 'Gimme the ball! So he's been great for us," Mayank said at the post-match presentation.

"Even Rabada was fantastic, to get [Gaikwad] and Rayudu at that time was very crucial. I can't really pinpoint, but I would say these two with the ball really changed the game towards us," he added.

After two demoralizing losses where they struggled with bat, Punjab Kings dropped Shahrukh Khan and Nathan Ellis for Bhanuka Rajapaksa and Rishi Dhawan for the game. Both the changes paid off as Rajapaksa hit 42 off 32 balls and added 110 runs for the second wicket with Shikhar Dhawan (88 not out off 59 balls) to take Punjab to 187/4 in 20 overs.

Rishi Dhawan, despite being for a six by MS Dhoni in the final over, removed the former CSK captain and defended 27 runs.

"In the Powerplay, we were a bit behind the rate, but I must commend Shikhar and Mayank the way they held their nerve, and then the way Shikhar and Bhanu played was just unbelievable. They set the platform for our batters to come in and play freely and then Liam Livingstone (19 off 7, 1x4, 2x6) came in and hit a few gentle strokes out of the park and that set us up nicely," Rabada said after the match.

CSK skipper Ravindra Jadeja felt that his team needs to work on their batting in the powerplay as they remain second from bottom with six defeats from eight matches.