Mendis' four-fer puts West Indies on the brink of defeat 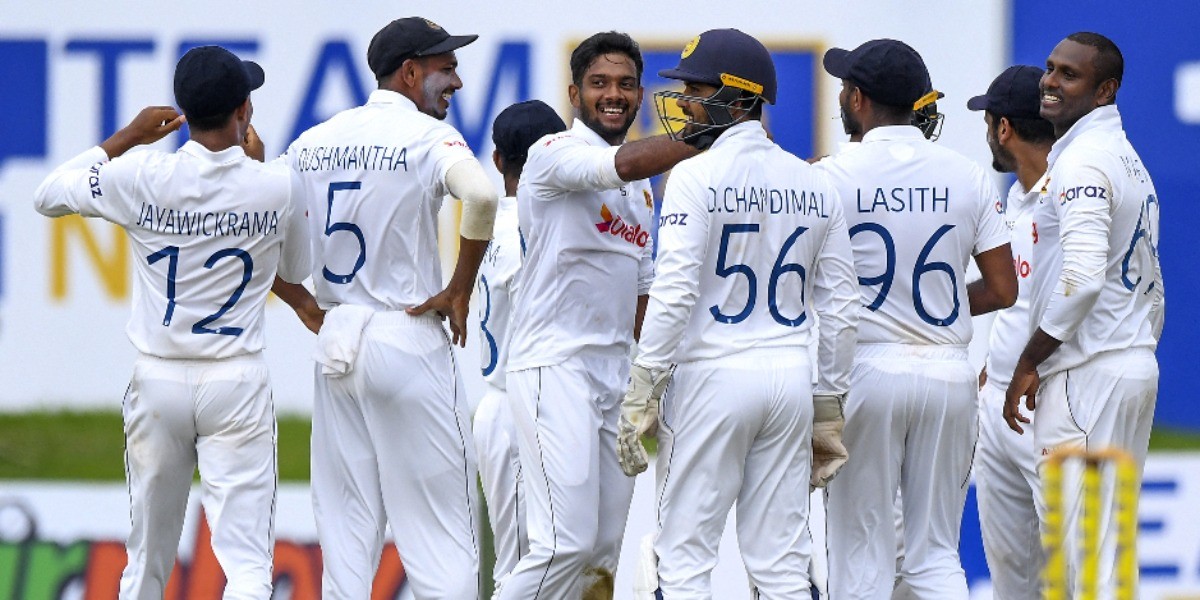 Mendis' four-fer puts West Indies on the brink of defeat

Sri Lanka are just four wickets away from a big win in the first Test against West Indies in Galle after Ramesh Mendis triggered a top-order collapse on Wednesday. After gaining a 156-run first innings lead, the hosts declared their second innings at 191/4 and set the Windies a target of 348.

Mendis struck early in the fourth over sending back captain Kraigg Brathwaite for a duck before Lasith Embuldeniya dismissed Jermaine Blackwood (9) while Mendis castled Shai Hope (3). Roston Chase (1) followed suit in the next over against Embuldeniya.

Mendis then produced two sensational deliveries to remove Kyle Mayers (2) and Jason Holder for a first-ball duck. Hobbling at 18/6, Windies survived into the third session thanks to keeper batter Joshua da Silva (15 not out) and Nkrumah Bonner's (18 not out) partnership of 34 runs from 83 balls.

With little over 15 overs left in the day, umpires called off play due to bad light.

"Everyone is disappointed in the dressing room," Bonner told reporters. "But then, it's up to me and Josh to get the job done. We have about 640 balls to bat. We want to play each ball on merit and respect the bowlers... It's a simple plan: bat as much as possible tomorrow."

After an entire session of the day 3 was washed out by rain, day 4 began with Praveen Jayawickrama dismissing last man Shannon Gabriel as Sri Lanka took a first innings lead of 156 runs. They lost two quick wickets soon after starting the second innings but captain Dimuth Karunaratne (83) and Angelo Mathews (69 not out) added 123 runs in for the third wicket before declaring at 191/4.

Karunaratne has been prolific this year with over 850 runs now at an average of 77. He is the world's third-highest run getter in Test cricket for 2021, behind England's Joe Root and India's Rohit Sharma.

"I have little doubt that by the time he's done, he will be amongst the top three run scorers for Sri Lanka," Mathews said of his teammate after play ended.

The fourth day's play was delayed by one hour due to rain. A total of 52 overs were lost on day three due to rain.