Mohammed Shami among the top three seamers in the world: Virat Kohli 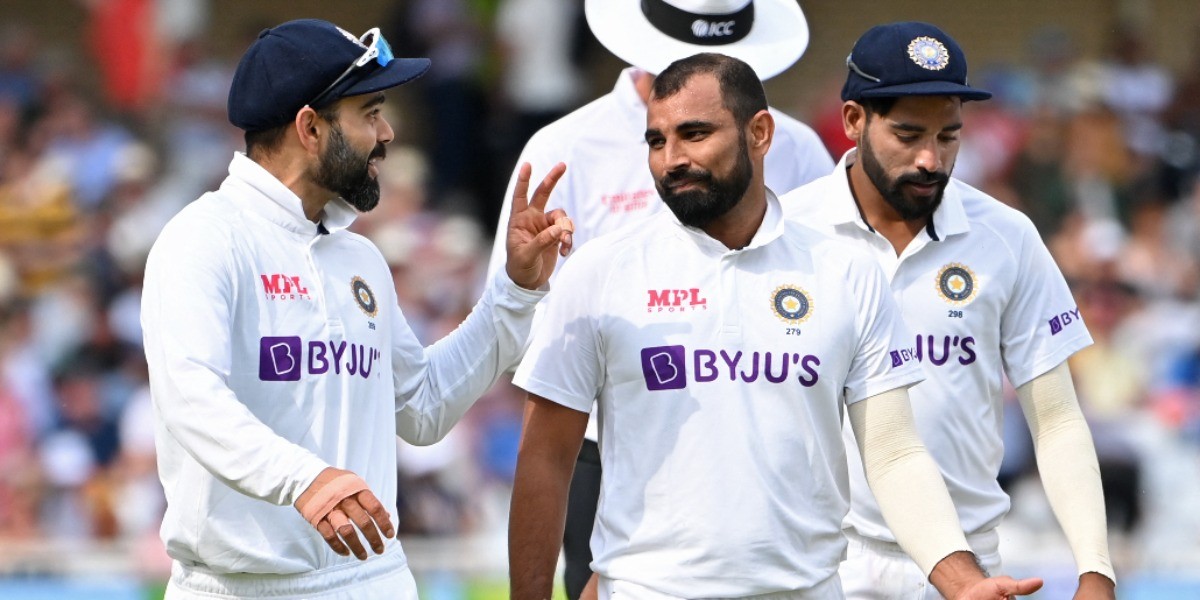 Mohammed Shami among the top three seamers in the world: Virat Kohli

Following an emphatic 113-run victory in the first Test against South Africa at Centurion, India skipper Virat Kohli has heaped praise on his bowling attack, calling Mohammed Shami among the top three pacers in the world.

Chasing 305 for a win, South Africa were bowled out for 191 in their second innings with Shami picking up three wickets to go with his fifer in the first innings. Speaking of Shami at the post-match presentation, Kohli said,  "He is absolutely world-class talent. For me, he's in the best three seamers in the world at the moment. His strong wrist, his seam position and his ability to hit a length consistently.

"Very, very happy for him to get 200 wickets and have impactful performances."

Kohli was also pleased with the way the rest of the team played, especially with the way KL Rahul and Mayank Agarwal set up their first innings. "Just the way these guys bowl together, it's just a hallmark of our team getting a result from that position, not just in this game but also in the last two-three years," Kohli said.

"The discipline that the batters showed... Winning the toss, batting first overseas is a tough challenge. Credit to Mayank and KL the way they set it up.

"We knew we were in pole position with anything over 300-320. We have a lot of belief in our bowling unit and knew the bowlers will get the job done," Kohli pointed out.

This is India's first win at Centurion and the India skipper, recalling his team's fantastic victory at Wanderers in the final Test of the 2018 Test series, said that result from the past instilled plenty of self-belief.

"It's a top start for us. We have to understand one day was washed out -- shows how well we played. It's always a difficult place to play against South Africa. We got so much confidence out of Johannesburg last time. It's a ground we love playing at."

"Since he didn't bowl much in the first innings, it helped opposition get those extra runs."

South African skipper Dean Elgar, who top-scored for his side with a fighting 77, said there were few positives for his team but expressed his disappointment with the batters. This is only the third instance when South Africa had been dismissed under 200 in each innings of a Test match at home since their re-admission in 1991.

"Obviously not a nice thing knowing we lost a Test here. Did a few things wrong. A lot of positives coming out that we can use in the next two. Always the nature here. Always going to be tough because the wicket's playing slower (first morning)," Elgar said.

He added, "Indian openers did the fundamentals right. We didn't quite execute the lengths well. After some good chats our bowlers executed the lengths and restricted India to what we thought was a par score.

"New ball is something you have to get through playing here. Can't emphasise enough on the hard work our bowlers put in to get 20 wickets. Our batters let us down. I'd say the batting was the difference between the two sides.

"We'll have a little sit-down with myself and the management to strategise. Didn't do a lot of wrong things. Not all doom and gloom for us. We thrive under the pressure which is a positive for us."

The next match is scheduled to be played at Johannesburg from January 3-7.