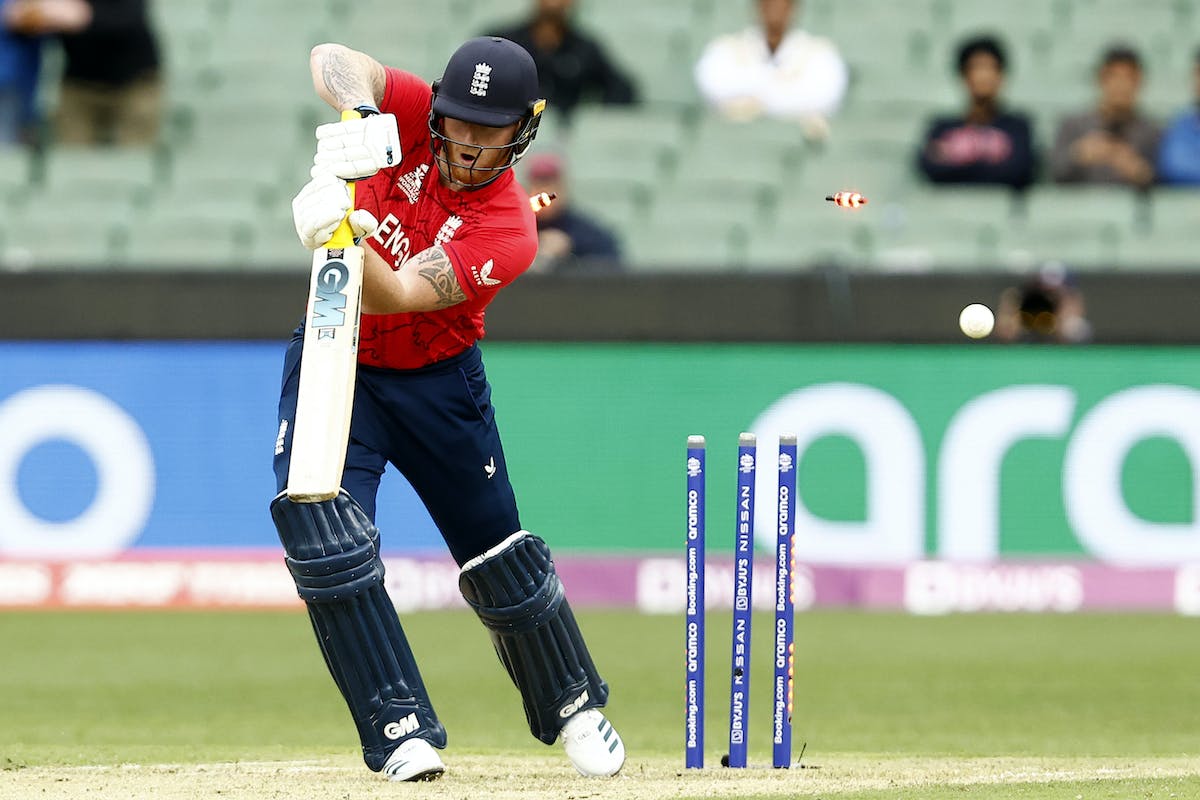 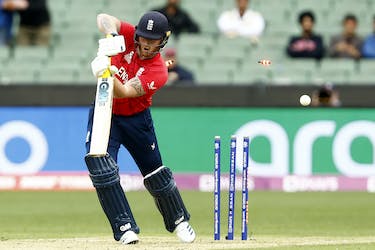 England coach Matthew Mott backed "match-winner" Ben Stokes to start firing with the bat at the Twenty20 World Cup -- and warned it could be against Australia in a crunch clash on Friday.

The star all-rounder is yet to score a T20 fifty for England and his country need him to find form against old rivals Australia at Melbourne Cricket Ground.

Defeat for either team could be fatal for their World Cup hopes after holders Australia were thrashed in their opener against New Zealand and England suffered a shock loss on Wednesday to Ireland.

"I think he's bowled some big overs, particularly in the power play. With the bat, he hasn't come off yet," Mott said of Stokes, the England Test captain, on Thursday.

"But his career would suggest that at some point someone's going to pay a price, and hopefully that's Australia in a day's time.

"You need match-winners, of which he's one," added Mott, who was appointed England's white-ball coach in May after success with Australia's women.

The 31-year-old Stokes usually opens the bowling for England but he averages a measly 18.57 with the bat in the T20 format.

England faltered in their chase against Ireland in a rain-affected loss, with skipper Jos Buttler out for nought and Stokes making only six.

Moeen Ali with an unbeaten 24 off 12 balls attempted to pull back the chase but England, who were among the pre-tournament favourites, fell short by five runs of the rain-revised target.

"It was a disappointing loss for us, but you know (teams) very rarely go through these tournaments undefeated," said Mott.

"I expect us to bounce back really well. I thought every level last night we were just down -- in the field we were down a bit, with the ball we were down. And clearly with batting we didn't have that other gear."

England recently outplayed Australia in a three-match T20 series 2-0 -- the final match was washed out -- and Mott is looking forward to a "mouth-watering match-up".

"We're starting -- apart from last night -- to play some really good cricket and the teams match up really well," he added.