MS Dhoni should not bat below number five 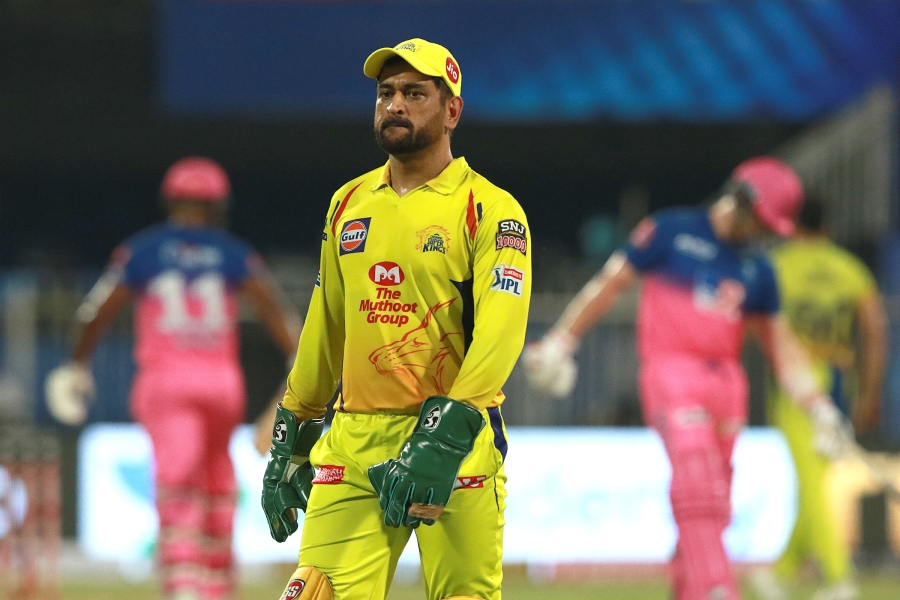 MS Dhoni should not bat below number five

In an exclusive column for cricket.com, former Indian cricketer Deep Dasgupta looks back at the first few days of IPL 2020

There is one thing about Mahendra Singh Dhoni. He does not need to wield the willow to be in the news. Just like the other day. It was not about his batting that grabbed the headlines, but it was his "not batting" that got the goat of many Chennai Super Kings (CSK) fans.

Here is my take on the issue as I see it. When you are chasing 217, someone with Dhoni's experience and power-hitting ability cannot come at number seven. I am all for experimenting with Sam Curran as a pinch-hitter, but Dhoni in this CSK line-up – without Raina – should not bat below number five on most days.

Dhoni mentioned about the 14-day extended quarantine that hampered their batting time. He has a point considering he has not played cricket for more than a year. The three sixes in the match against Rajasthan Royals indicates that he can still clear the distance. However, Dhoni of 2020 needs more deliveries to tee off, as he will have a bit of trouble against express pace – be it Kagiso Rabada, Jofra Archer or Lockie Ferguson as we have seen in the recent past.

The CSK template of preserving wickets in the first 10 overs and unleashing brute force in the last 10 is still working, but that batting order will need some reshuffling until Ambati Rayudu is back from his hamstring injury. CSK should also be given credit for making sure that their net run-rate didn’t take a big hit. I know for some it might be too early or too negative, but in a 14-game tournament, every game is important and in almost every season, net run-rate has come into the picture for qualification.

The class of Rohit

If CSK depend on going for the jugular in the last 10 overs, Mumbai Indians believe in catching the opposition by the scruff of their neck in the first 10. At times, I laugh at those internet trolls who go after Rohit Sharma and time and again eat humble pie. In white-ball cricket, make fun of him at your own peril because he can repeatedly punch on your gut like he did on that big Abu Dhabi ground on Wednesday.

We need to understand and appreciate that most of the players are playing after a very long time and would need a few games to get match fit. As the tournament progresses, Rohit will be a nightmare for all teams.

Talking about nightmares, Kolkata Knight Riders endured one when everything that could go wrong went wrong in their first match. I can understand that one tends to stick to left-right combination, but while chasing a 190-plus target, you can’t have Andre Russell coming in at number six when he has made it clear that his preferred batting slot is somewhere between numbers three and four.

As far as Pat Cummins is concerned, I would not be too bothered as he has just landed a few days back and did not have any training sessions. Also, in these sapping conditions, you cannot blame the bowler as he is trying to adjust from an England length to the Abu Dhabi length.

The highlight during the first week for me was the performance of two youngsters – Sanju Samson and Devdutt Padikkal.

An enormously talented cricketer, a gifted stroke player with an amazing range, Samson’s challenge has been his consistency. He has never had a run of five to six good matches in any competition – be it red ball, white ball, Ranji Trophy, Vijay Hazare Trophy or Indian Premier League (IPL). But he has some days when he is majestic and as good as anyone playing top-level white-ball cricket – Tuesday against CSK was one such day.

Samson has been a big-hitter all his life, but what has improved is his power as the ball was going a fair distance. Sharjah is a small ground but trust me, at least seven of his nine sixes would have stayed hit in Dubai and Abu Dhabi too. Samson is already there along with KL Rahul, who is now India’s first-choice white-ball keeper followed by Rishabh Pant.

Coming to Padikkal, let us get one thing straight. I am not setting a timeline, but he will certainly play for India and do it for a long time. At 20, he has a sound technique, good footwork and above everything else, quality temperament to last the distance. His fearless cricket stood out and, while he would like to improve his middle-over game, that will certainly happen with time. He is a blue-chip investment material as far as Indian cricket is concerned.

Umpires errors will be corrected

The first week of the IPL also witnessed some umpiring errors and the conversations that followed. Given the increasing use of technology in decision-making in sports, the governing bodies will certainly find a fix in the future for such errors.

A good start is only job half done. Wishing way more fours and sixes in the coming weeks and lesser controversies for sure.