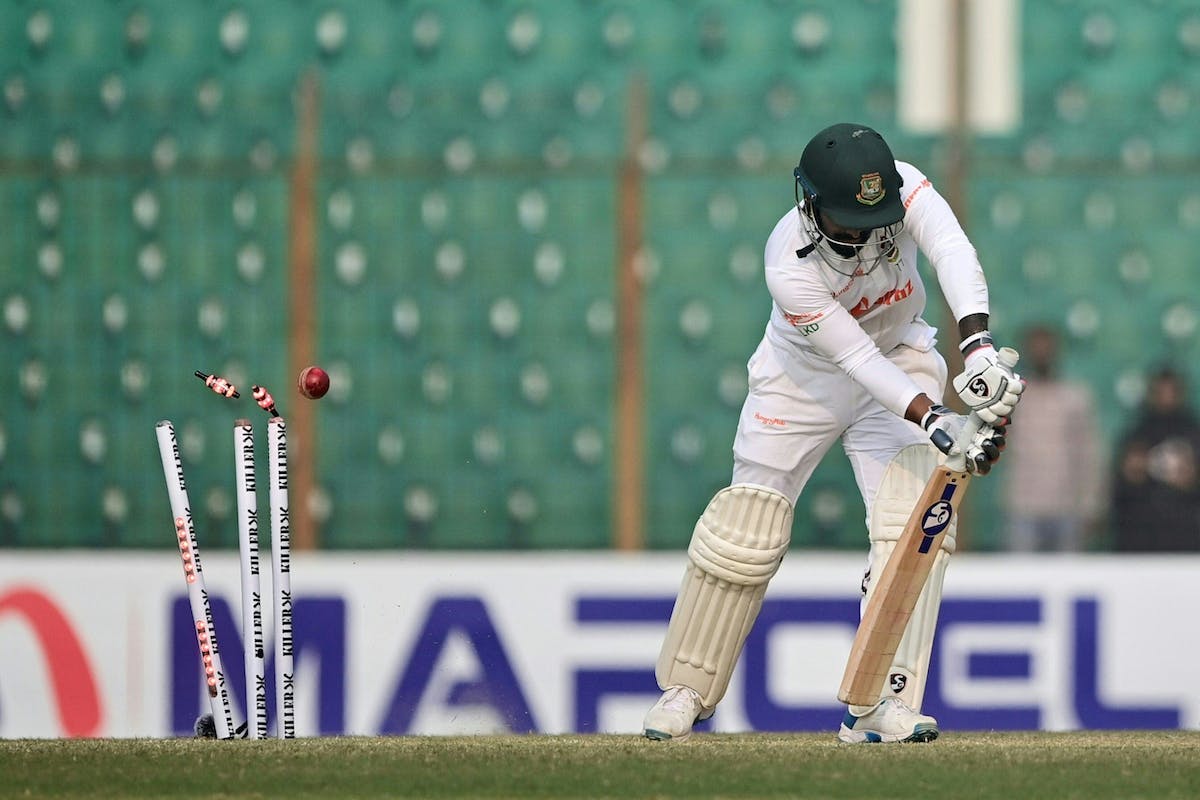 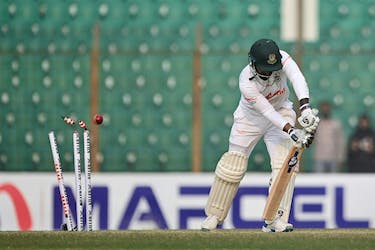 Bangladesh bowling coach Rangana Herath felt that the team has all the right personnel but have fell short with their decision making in Tests. It was a terrible day for the home team's batters in Chattogram on Thursday as they reduced to 133/8 by the end of the day's play and are still 271 runs behind India's first innings total of 404.

Their top four were back in the pavilion with just 56 runs on the board thanks to Mohammed Siraj (3-14) and Umesh Yadav (1-33) and Kuldeep Yadav's 4-33 wiped out the middle order to leave them teetering on the verge of an all out.

"We are getting some momentum at some stage but somehow we are losing that. I don't think it's about technique but more about getting those decision-making right in certain situations," Herath said in press conference after the day's play.

Bangladesh fought back at the end of the Day 1 with two big wickets of Cheteshwar Pujara (90) and Axar Patel and followed it up by removing Shreyas Iyer (86) early on Day 2. However, they allowed Ravichandran Ashwin (58) and Kuldeep (40) to put up a partnership of 93 to take India to a big total.

Herath, who has 433 Test scalps to his name, felt that Bangladesh need to be more gritty in order to fight back in the match which still has three days left.

"Losing eight wickets is disappointing but you know this is Test cricket...another three days to go. We need to hang in there and we need to fight hard. Test cricket is not easy, always testing your skill, testing your temperament, your patience and there always is a  (difficult) situation and so in that case you need to fight hard and have to have that gritty attitude. Once you spend some time in there, you get kind of an easy situation. So we need to stay and wait for that time and that's what I expect from our guys," the former Sri Lankan international said.

"Almost three days to go that means 270 overs. We need to fight and work hard, so if we can get partnerships especially from the tailenders, although they may or may not be able to do so, we need to get in there and fight hard," he added.

Bangladesh also have a different challenge of managing the fitness of captian Shakib Al Hasan, who did not bowl on the second day due to shoulder pain. Herath was hopeful the left armer will be back to bowl in the second innings.