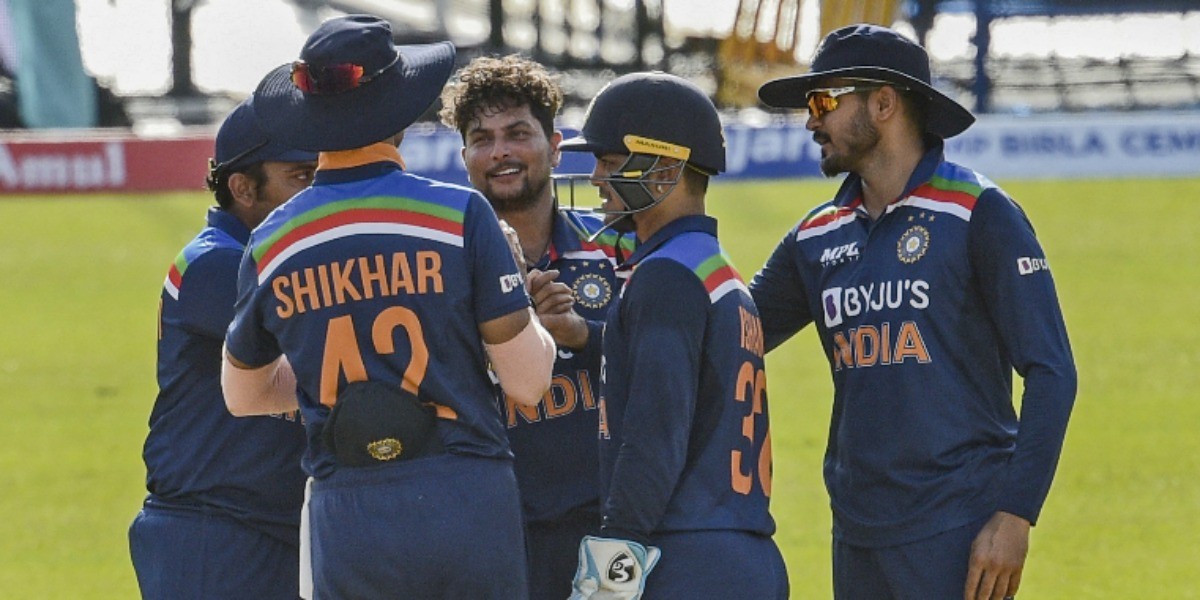 Indian spinner Kuldeep Yadav endured a difficult period since the 2019 men's ODI World Cup as dip in performances saw him dropped from the T20 side and wasn't part of the ODI side during the tour of Australia.

He played two ODIs in March against England and returned figures of 1-68 and 0-84 which provided his detractors more ammunition to write him off. However, the 26-year old bounced back with an impressive 2-48 in the first ODI against Sri Lanka on Sunday, having put the difficult time behind him.

"I never felt that my white ball career was finished after that England game. There are times that you will go for runs. I have had four and five wicket hauls and it would be better if people start talking about those achievements too," Kuldeep said in a virtual press conference after the match.

"One or two bad games doesn't finish one's career. I believe all who have played the game and have knowledge of the game are aware about that fact."

The left-arm spinner admitted that he had suffered with self-doubt, with the life in a bio-bubble not helping.

"It's a difficult life in bubble and more so when you are not playing as self-doubts creep in. A lot of people want to help you, speak to you but when you speak to too many people, you create new type of doubts," he said.

Kuldeep credited Rahul Dravid, Indian team's head coach for the Sri Lanka tour, for motivating him ahead of the series.

"Pressure and nervousness will always be there when you play after a long time and I was playing after long time. It happens as you are keen to do well. Initially, Rahul sir backed me a lot, motivated me, he told me a lot of things but most importantly that I needed to enjoy my game...I am happy that it worked," Kuldeep said.

The spinner also spoke about his variations in pace which stifled Lankan batsmen during the middle overs.

"I have brought about some changes because during the first innings, it was slow and dry with turn on offer. I was varying the pace as per batsman I was bowling to. There were times when I tried to flight the ball and there were times when I increased the pace of my deliveries. My idea was to ensure that batsmen don't settle down to one particular pace," he said.