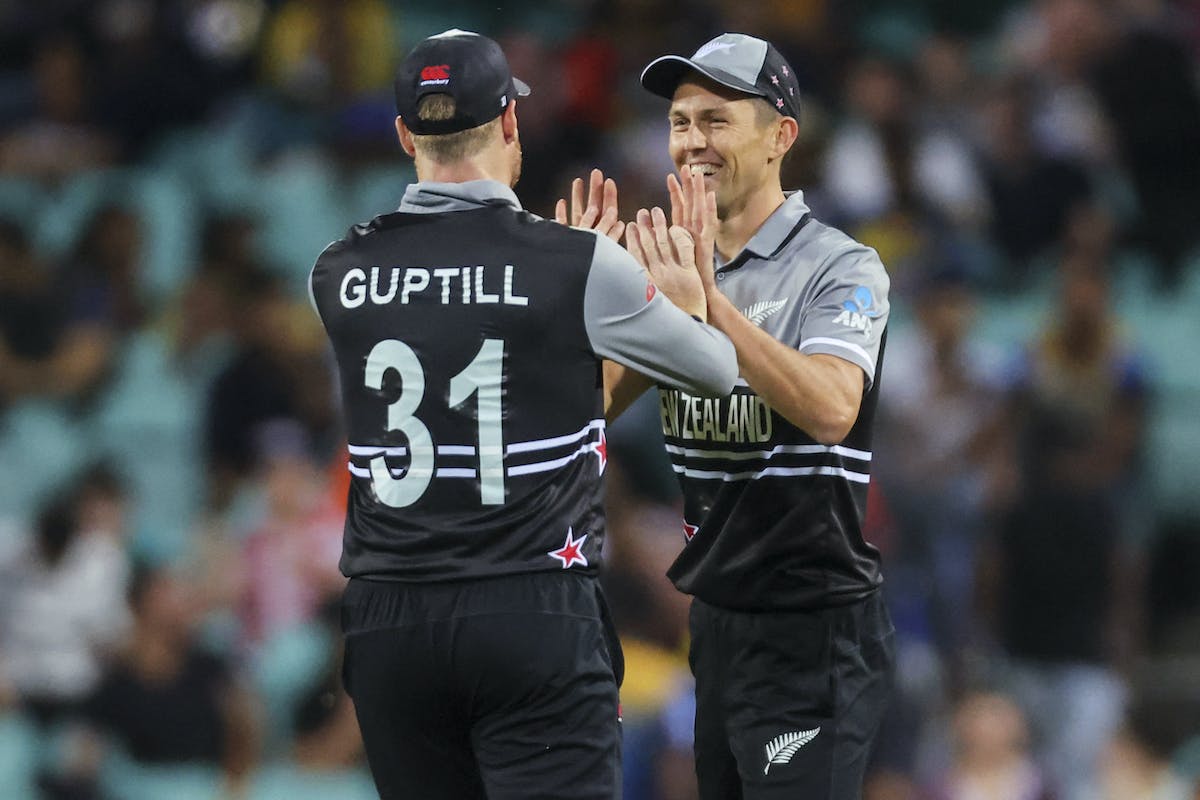 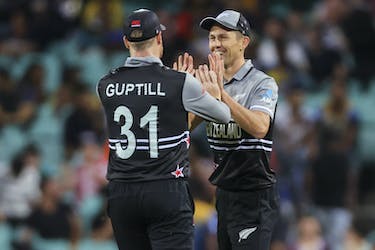 While Finn Allen is set to be given a longer run at the top, Boult, who opted out of a central contract has been overlooked

The experienced duo of Trent Boult and Martin Guptill have been left out of the New Zealand squad fot the white-ball series against India. While Boult has been left out to give those with New Zealand Cricket Contract (NZC) a go, Guptill who played no part in the T20 World Cup 2022 too, was not considered, with Finn Allen once again preferred aheas of him in both ODIs and T20Is.

Both Guptill and Boult were part of the New Zealand squad for the T20 World Cup 2022 in Australia. While Guptill sat on the bench in all the matches, Boult, who picked up eight wickets from five matches, had opted opt of a central contract to focus more on playing T20 leagues around the globe.

New Zealand head coach Gary Stead believes this is not necessarily the end for the for both the players.

“When Trent opted out of his NZC contract in August, we indicated that priority would be given to those players with either central or domestic contracts, and that’s been the case here,” Stead said.

“We’re all aware of Trent’s world class ability, but at this time - as we build towards more global events, we want to give opportunities and experiences to others.

“The emergence and success of Finn at the top of the order in white-ball cricket means a guy of the class of Martin Guptill misses out – that’s just the nature of high performance sport.

“With the 50-over World Cup less than a year away we’re keen to give Finn every opportunity to keep gaining ODI experience, especially against quality opposition such as India.

“The message to both those players is that there’s a lot of international cricket ahead and the door is certainly not closed to them.”

Tom Latham returns to the squad for the ODIs with Devon Conway taking the gloves in the T20Is as he did in the T20 World Cup. Jimmy Neesham will be excused from the third ODI as he takes a leave of absence to prepare for his wedding. Henry Nicholls will replace him in the squad for the game in Christchurch as a result.

Adam Milne could play his first ODI in five years, while Lockie Ferguson, Blair Tickner along with Tim Southee, who is on 199 ODI wickets, form a formidable fast bowling unit.

The Kane Williamson-led side will kick-off the limited-overs series against India on November 18 with the first T20I in Wellington. The ODIs are set to begin on November 25 in Auckland and draw to a conclusion with the third game in Christchurch on November 30.

“The energy and noise is incredible and I know the team are really looking forward to getting back and playing in front of some big home crowds.

“India are a world-class side stacked with IPL stars and we know we’ll have to be right at the top of our game."

India will have some of their star players like Rohit Sharma, Virat Kohli among others missing. As a result, Hardik Pandya will lead the T20I side, while Shikhar Dhawan, as he has done on many occasions recently, will captain the ODI team.