Not going into the NZ clash with preconceived ideas: Collingwood 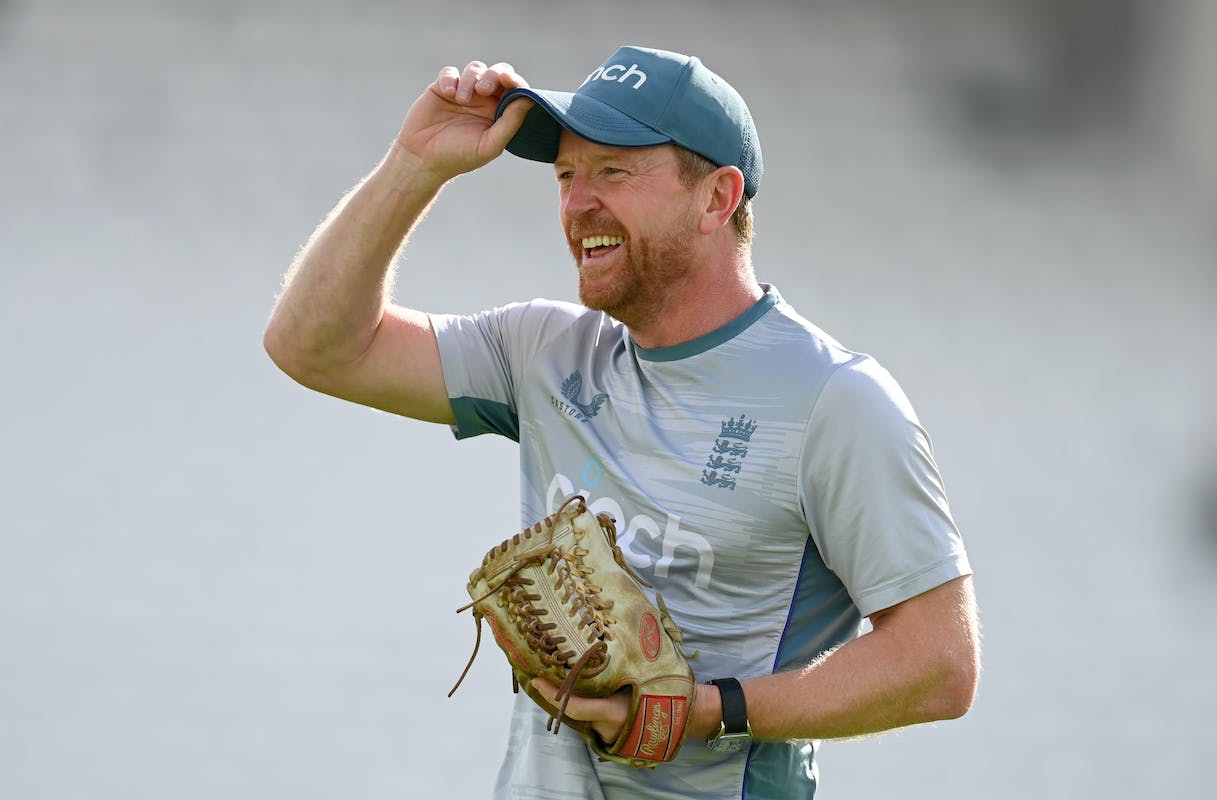 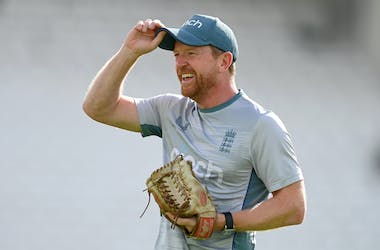 Not going into the NZ clash with preconceived ideas: Collingwood

The pitch at the Gabba had aided spinners in the clash between Bangladesh and Zimbabwe, but England are yet to confirm the possibility

The pitches at the 2022 T20 World Cup have mostly aided fast bowlers so far, but Sunday's clash between Bangladesh and Zimbabwe saw spinners take four wickets with the likes of Sean Williams and Afif Hossain extracting turn from the surface.

England assistant coach Paul Collingwood felt that the one match will not prompt the team to go with too many spin options for Tuesday's clash against New Zealand.

"We'll just have to see how the conditions are. Every game that you turn up on, you don't want to go in with too many preconceived ideas. The one kind of good thing about this team is if we get our aggression right with both bat and ball, then we generally go on and put teams under a serious amount of pressure," Collingwood said in the pre-match press conference on Monday.

England are currently third in Group 1 with three points after winning their first game against Afghanistan followed by a shock loss against Ireland while their high-stakes clash against Australia at MCG was washed out due to heavy rain.

Collingwood admitted that it was frustrating for his team to see a big game being washed out, but saw the positive side to it --- their pacers remaining fit and ready for the New Zealand match.

"Yeah, I think the frustration came from not being able to play in such a big fixture. You look at the fixtures before the World Cup and see that you're playing Australia at the MCG, and that's mouthwatering fixture. So it was disappointing not to play that and not being able to get out," he said.

"The one good thing (from the wash-out), I guess, is you can prepare how you need to prepare going into a fixture against New Zealand, and history shows you that it's always been a tightly fought game. But the bowlers are fresh; they're raring to go," the former England allrounder added.

New Zealand have started the tournament in emphatic fashion by thumping defending champions Australia by 89 runs followed by a wash-out of their clash Afghanistan. They kept their top place in the group by outclassing Sri Lanka by 65 runs.

Pacer Lockie Ferguson was happy that his team was able to play two different kinds of games and win them as he hailed Tim Southee and Trent Boult who have claimed four and six wickets respectively in the first two games.

"But it's been probably one of the more exciting World Cups certainly because of that reason. I think the competition between bat and ball has been fantastic throughout the whole comp, and there's been some tight tussles. The way we played in Sydney (vs Australia) was great, two different styles on probably two different wickets," Ferguson said.

"Tim and Trent have had a blinder in the first two games, and when the ball is swinging, there's not much better in the world, certainly from my point of view, and nice to follow them, as well. But yeah, I think the way the boys have kept the plans very simple for us and stuck to what they have done extremely well for a long period of time," he added.

New Zealand will look to seal a semifinal berth with one game in hand with a victory against England who are in tussle with Australia for the second semifinal spot.