Not thinking about the 2023 World Cup right now: Kuldeep 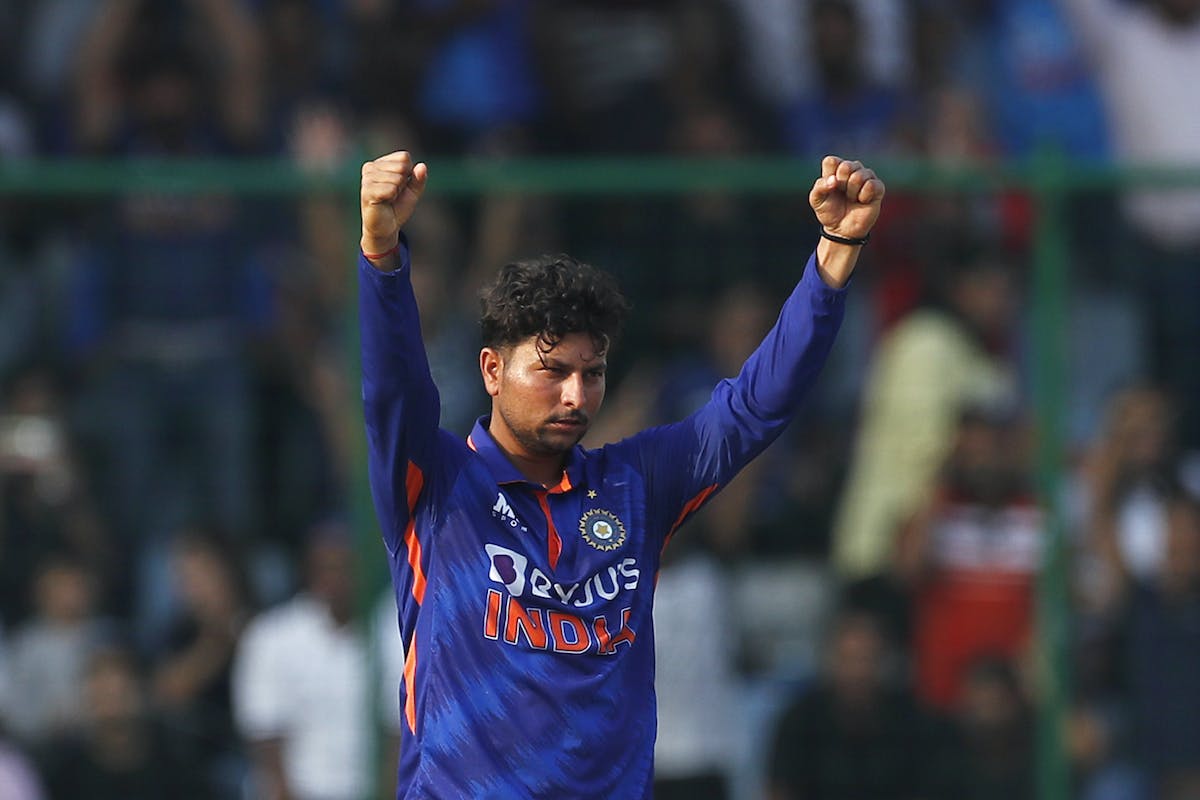 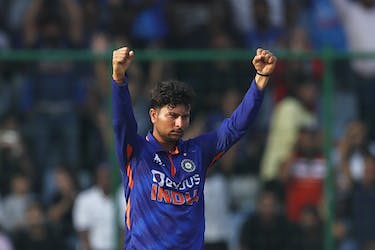 Not thinking about the 2023 World Cup right now: Kuldeep

India spinner Kuldeep Yadav said that he is not focusing on a place in the 2023 ODI World Cup and is focused on playing more matches. Kuldeep set up India's ODI series victory with a spell of 4-18 in the third ODI which India won by seven wickets at Delhi on Tuesday.

The left-arm spinner, who struggled with knee and arm injuries in the last 10 months, said that his work on bowling rhythm helped him fetch wickets.

"I worked a lot on my rhythm after coming back from injury. Now I can generate more pace than before. I haven't compromised on the spin and have been able to reduce the reaction time for the batsmen," Kuldeep said in the post-match press conference.

The 27-year old had struggled with form since 2020 which saw being in and out of the national team. However, his tally of 21 wickets from 14 matches for Delhi Capitals in IPL 2022, paved the way for his comeback as he picked up 11 wickets in the last seven ODIs he played this year.

"My confidence has gone up since the IPL (2022). After IPL, I was again injured, but I did well against West Indies, Zimbabwe and in the India A matches. Sometimes you get wickets and sometimes you don't, but my confidence has been up," Kuldeep said.

"Hat-tricks don't come easily. I got one against New Zealand. It didn't happen today, its okay," he said.

The leftarmer said that he is not disappointed by missing out on a place in the 2022 T20 World Cup.

"I am not disappointed by being left out of the T20 World Cup. I'm taking it match by match and looking at how I can do well. Whoever have been selected are the best and my wishes are with them," Kuldeep said.

When asked if he was eyeing a spot in the next year's ODI World Cup in India, Kuldeep replied he is not looking too far ahead.

"Its (ODI World Cup) is too far away. Im not thinking about it. I've been become more practical about things. We have a lot of series to play and the focus is to bowl well in those," he said.

After losing the first ODI in Lucknow, India levelled the series against South Africa with a seven-wicket win at Ranchi. On Tuesday, they bundled out South Africa for 99 and chased the target in 19.1 overs.