Our bowlers have the ability to challenge any kind of batting line-up: Shanaka 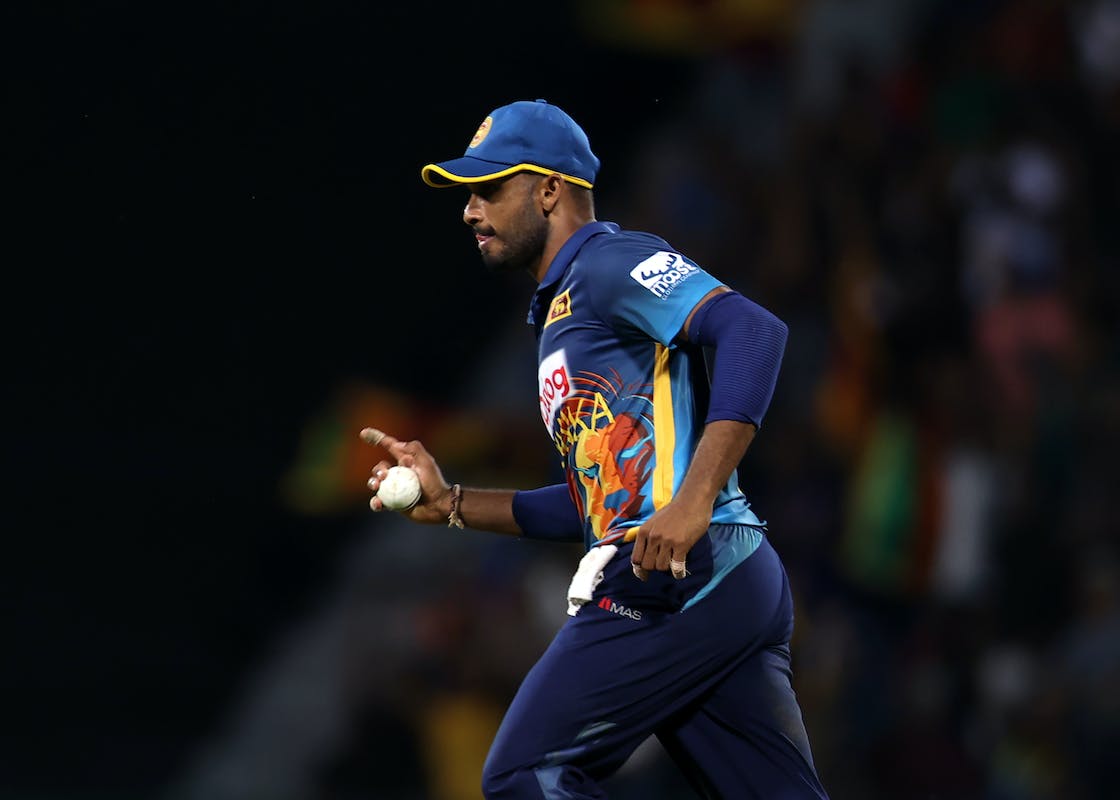 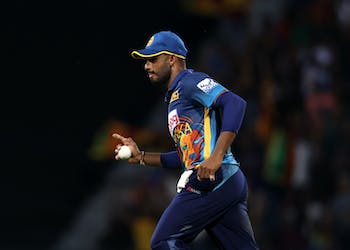 Our bowlers have the ability to challenge any kind of batting line-up: Shanaka

The Lankan bowlers produced their best showing of the competition, yet, as they bowled Pakistan out for 121 in just over 19 overs

In the wake of Sri Lanka ending the Super Four stages of Asia Cup 2022 unbeaten by steamrolling Pakistan, a proud Dasun Shanaka showered praise on his bowlers, stating that they had the ability to ‘challenge any kind of batting line-up’ in the world.

For the third time in a row in the Super Four stage, Shanaka called it right at the toss and opted to bowl, but on the night in Dubai, his bowlers produced their best showing of the competition, yet, as they bowled Pakistan out for 121 in just over 19 overs.

Debutant Pramod Madushan drew first blood by claiming the big wicket of Mohammad Rizwan, but it was the spinners that wreaked havoc, with Theekshana, Hasaranga and the returning Dhananjaya de Silva combining for figures of 6/60 off 12 overs.

Pakistan were undone by the variety in the Lankan attack, and Shanaka claimed that the versatility in his side’s bowling is ‘amazing’.

“The combination we have with the left-arm fast bowlers, the leg spinners - the variation we have is amazing. Any kind of batting line-up can be challenged (by our attack),” Shanaka said at the presentation.

The Lankan skipper, however, admitted that extras were a concern when it came to bowling. Sri Lanka conceded 17 extras on the night, 15 of them coming through wides.

“I think the extras were a concern in this game, and the lines the fast bowlers bowled. These are areas we can improve, if we could get early wickets in the next game that will be good.”

On the batting front for Shanaka’s side, it was Pathum Nissanka that starred, striking an unbeaten 55 that took the side over the line. Sri Lanka were 2/2 at one point, with the Pakistan seamers all over them, but Nissanka kept his cool and rebuilt before gradually transfering the pressure back to the bowlers by striking the odd boundary.

The 24-year-old revealed that the fall of wickets allowed him to play his natural game and stated that he merely backed his skill.

“Because of the three all early wickets it gave me the allowance to play my natural game and see the team over the line. Although there was extra pace from the Pakistan bowlers, I backed my skill and knew what to do,” Nissanka said.

Nissanka, who has now scored back-to-back half centuries, asserted that the victory on Friday will help Sri Lanka gain momentum ahead of the final on Sunday.

“This win will help us to gain momentum and we are looking forward to doing well in the final as well.”