Paine steps down as Test captain amid off-field scandal 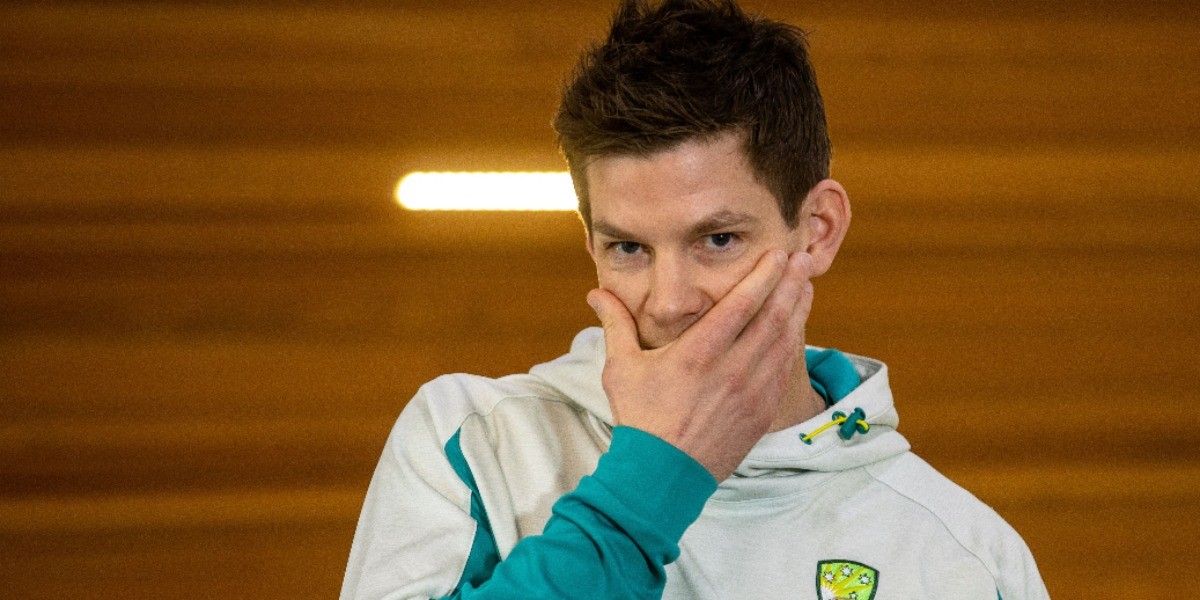 Paine steps down as Test captain amid off-field scandal

Tim Paine has stepped down from the Australian Test captaincy on Friday (November 19), less than 20 days prior to the start of the Ashes series. The 36-year-old made the announcement following revelations of him allegedly sending explicit texts to a former Cricket Tasmania employee in 2017.

"Today, I'm announcing my decision to stand down as the captain of the Australian men's test team. It's an incredibly difficult decision, but the right one for me, my family, and cricket," Paine said as he read out a statement

"As a background on my decision, nearly four years ago, I was involved in a text exchange with a then-colleague. At the time, the exchange was the subject of a thorough CA Integrity Unit investigation, throughout which I fully participated in and openly participated in.

"That investigation and a Cricket Tasmania HR investigation at the same time found that there had been no breach of the Cricket Australia Code of Conduct. Although exonerated, I deeply regretted this incident at the time, and still do today. I spoke to my wife and family at the time and am enormously grateful for their forgiveness and support. We thought this incident was behind us and that I could focus entirely on the team, as I have done for the last three or four years.

"However, I recently became aware that this private text exchange was going to become public. On reflection, my actions in 2017 do not meet the standard of an Australian cricket captain, or the wider community. I'm deeply sorry for the hurt and pain that I have caused to my wife, my family, and to the other party. I'm sorry for any damage that this does to the reputation of our sport.

"And I believe that it is the right decision for me to stand down as captain, effective immediately. I do not want this to become an unwelcome disruption to the team ahead of what is a huge Ashes Series.

"I have loved my role as captain of the Australian cricket team. It's been the greatest privilege of my sporting life to lead the Australian men's test team. I'm grateful for the support of my teammates and proud of what we've been able to achieve together.

"To them, I ask for their understanding and forgiveness. To Australian cricket fans I'm deeply sorry that my past behaviour has impacted our game on the eve of the Ashes. For the disappointment I have caused to fans and the entire cricket community, I apologise.

"I've been blessed with a wonderful, loving and supportive family, and it breaks my heart to know how much I've let them down. They have always stood by me, been my most loyal fans, and I'm indebted to them for their support.

"I will remain a committed member of the Australian cricket team and look forward with anticipation to what is a huge Ashes tour."

According to the Herald Sun, the messages date back to 2017, months before he was recalled to the Australian Test team after a seven-year absence. The woman claimed she was offended by “Mr Paine’s sexually explicit, unwelcome and unsolicited photograph of his genitals in addition to the graphic sexual comments”.

Cricket Australia chairman Richard Freudenstein said: "Tim felt it was in the best interests of his family and Australian cricket to take this decision to step down as captain. The Board has accepted Tim's resignation and will now work through a process with the National Selection Panel of identifying and appointing a new captain.

"While the Board acknowledges an investigation cleared Tim of any breach of the code of conduct regarding this matter some years ago, we respect his decision. CA does not condone this type of language or behaviour. Despite the mistake he made, Tim has been an exceptional leader since his appointment and the Board thanks him for his distinguished service.

"Tim will continue to be available for selection in the Test team through the Ashes summer."

Meanwhile, Cricket Tasmania chairman Andrew Gaggin said no complaint was made at the time of the incident. "As soon as Cricket Tasmania was made aware, it undertook an investigation that determined the interaction was consensual, private, occurred on the one occasion only, was between mature adults and was not repeated.

"Cricket Tasmania clearly does not condone this type of behaviour and addressed the matter directly with Tim Paine. However, because of the consensual nature of the actions it was determined that no further action was required or appropriate."

The wicketkeeper-batter took over the Test captaincy in 2018 in the wake of the Sandpaper-gate ball tampering scandal that rocked Australian cricket. Previous captain Steve Smith and his deputy David Warner were forced to step down for their roles trying to alter the ball with sandpaper during a Cape Town Test. They were suspended for a year from all cricket and stripped of their leadership roles, paving the way for Paine to take up the captaincy.