Pakistan add 27 runs on an uneventful day in Dhaka 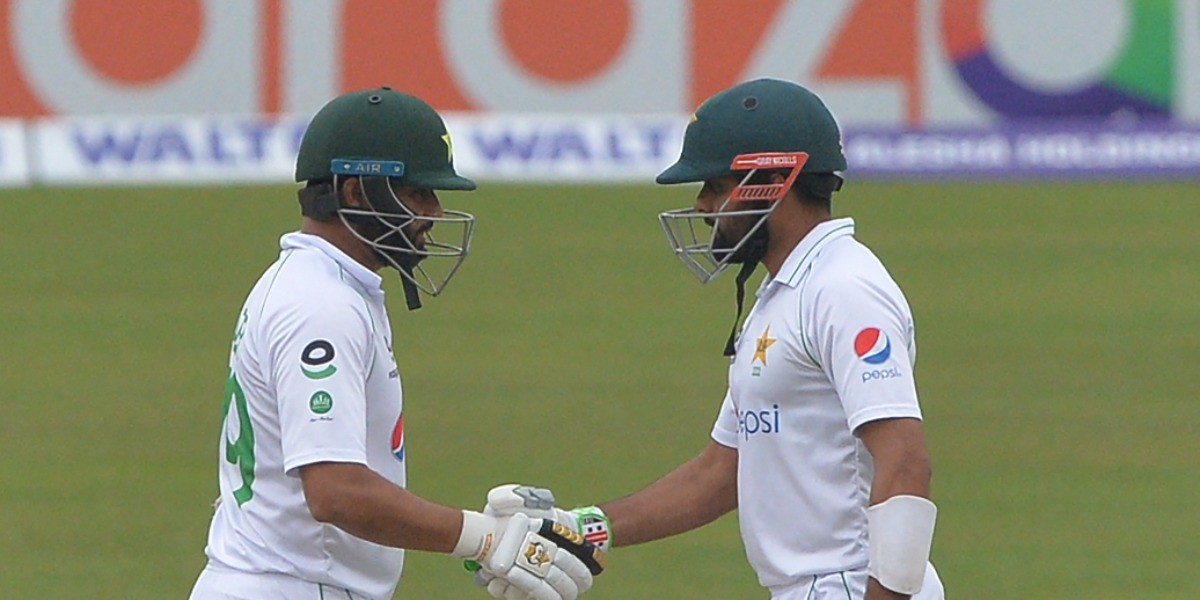 Pakistan add 27 runs on an uneventful day in Dhaka

Play on the second day in the second Test between Bangladesh and Pakistan was called off due to rain at the Shere Bangla National Stadium in Dhaka on Sunday. Only 6.2 overs of play were possible with a short resumption after lunch before the rain returned, with Pakistan reaching 188 for 2.

Bangladesh persisted with fast bowlers throughout their brief stay in the middle, leaking 27 runs, helping Azhar reach his 34th Test fifty, while Babar added 11 more to his overnight score.

Taijul Islam had removed openers Abdullah Shafique (25) and Abid Ali (39) in the first session of Day One, but the hosts have not managed to add to their wicket tally since then.

Babar and Azhar are in the middle of a 118-run stand for the fourth wicket, which is a crucial one considering Pakistan lost two wickets in quick succession yesterday.  Babar was unbeaten on 71 alongside Azhar Ali on 52.

Play is scheduled t start at 9 AM IST on Day Three, amid a forecast of rain throughout the day.

On Day One, Pakistan won the toss and elected to bat. They went into the match unchanged. Bangladesh, on the other hand, made three changes to their XI with Shakib Al Hasan returning to the XI after missing the first Test at Chattogram.

Mahmudul Hasan Joy was handed his maiden Test cap, after Saif Hassan was ruled out after being diagnosed with typhoid. Abu Jayed too made way for Khaled Ahmed, who is playing just his third Test for Bangladesh.

Pakistan led the two-match series 1-0, following a comprehensive eight-wicket victory in the first Test at Chattogram.