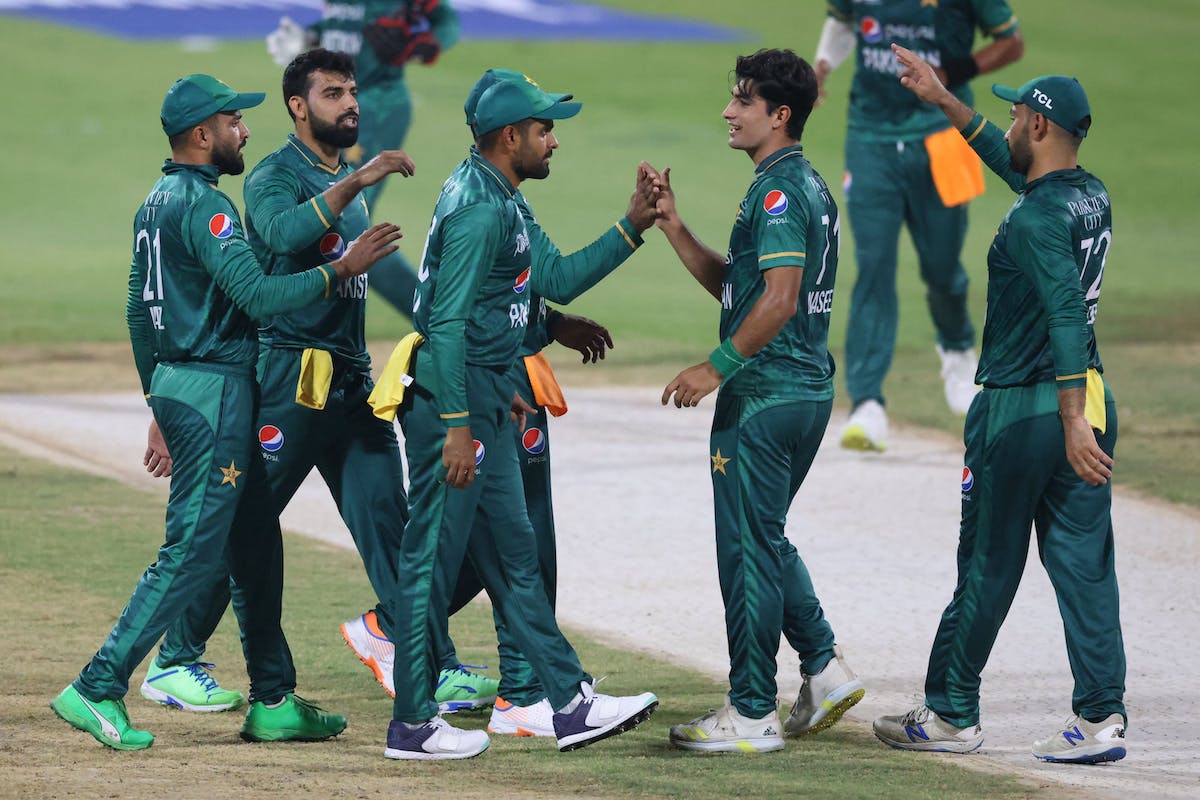 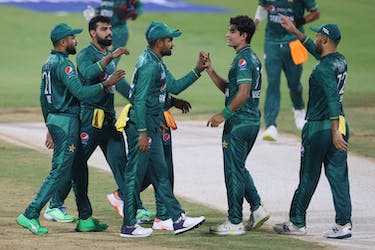 Pakistan set up a second showdown against arch-rivals India in as many weeks with a record 155-run win over Hong Kong in a must-win Asia Cup match on Friday (September 2). Mohammad Rizwan had to work hard for his 78 off 57 balls as Pakistan got a much-needed final flourish to post 193 for 2 against Hong Kong.

Hong Kong were simply blown away in the run-chase with the Pakistani attack proving to be too good for them. Their innings folded up for just 38 in 10.4 overs, sending Pakistan into the Super 4s as the second-placed team from Group A.

It was Pakistan's biggest win in the shortest format. Pakistan will meet India, who topped Group A, on Sunday (September 4). Hong Kong had shown a bit of potential with the bat against India but they simply surrendered to the Pakistani attack.

It was a procession after Naseem Shah struck twice in the third over of the innings. Then it was the turn of the spinners, Shadab Khan (4 for 8) and Mohammad Nawaz (3 for 5), to do the damage as they shared seven wickets.

Shadab's googlies were far too good for the opposition batters before he ended Hong Kong's innings with a straighter one to dismiss Mohammad Ghaznafar. The outing was a good learning experience for Hong Kong, a team full of amateurs who had to qualify for the tournament.

Like they had done against India, Hong Kong bowlers did well to keep Pakistan quiet for majority of the innings before losing their way. With Rizwan and Fakhar Zaman (53 off 41) struggling to find the boundaries, Pakistan reached 64 for one in 10 overs.

Khushdil Shah came up with a 15-ball 35 towards the end to ensure Pakistan put up a strong total. Skipper Babar Azam (9 off 8) endured his second failure in as many innings in the tournament. Trying to accelerate, Babar went for an aerial stroke over the bowlers' head but ended up hitting straight back to spinner Ehsan Khan, who dived to his right to take a fine catch.

Rizwan could only find the ropes in the fifth over as he square cut medium pacer Ayush Shukla before guiding it towards third man for back-to-back fours. The first six of the innings came in the 11th over when Rizwan stepped out to to leg-spinner Ghazanafar to tonk it straight for a maximum.

With Pakistan in dire need for big hits, Fakhar was able to release some pressure by smashing the spinners for couple of sixes in the cow corner region. Struggling amid the heat and humidity, Rizwan was able to change gears after completing his half-century.

Lacking experience in crunch situations, Hong Kong bowlers once again lost the plot in the death overs, allowing Pakistan to collect 77 runs off the last 30 balls. The 20th over bowled by Aizaz Khan alone yielded 29 runs and it included five byes and four sixes from Khushdil Shah's bat.

Player of the match: Mohammad Rizwan