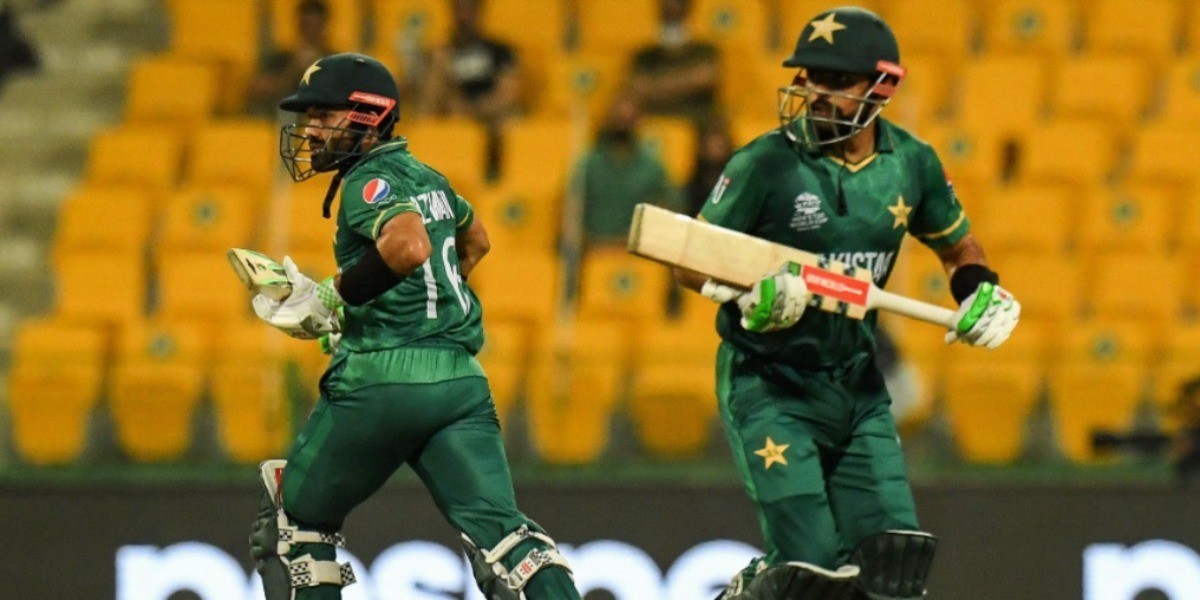 With Pakistan already having sealed the T20 International (T20I) series, they take on West Indies in the third and final game of the series at the National Stadium, Karachi. The hosts won the first match by a comprehensive 63-run margin and the second game by nine runs.

Pakistan have an excellent record over West Indies in T20Is. They have won 14 of the 20 matches against them, losing just thrice. The last time West Indies beat Pakistan was back in 2017 at Port of Spain, Trinidad. 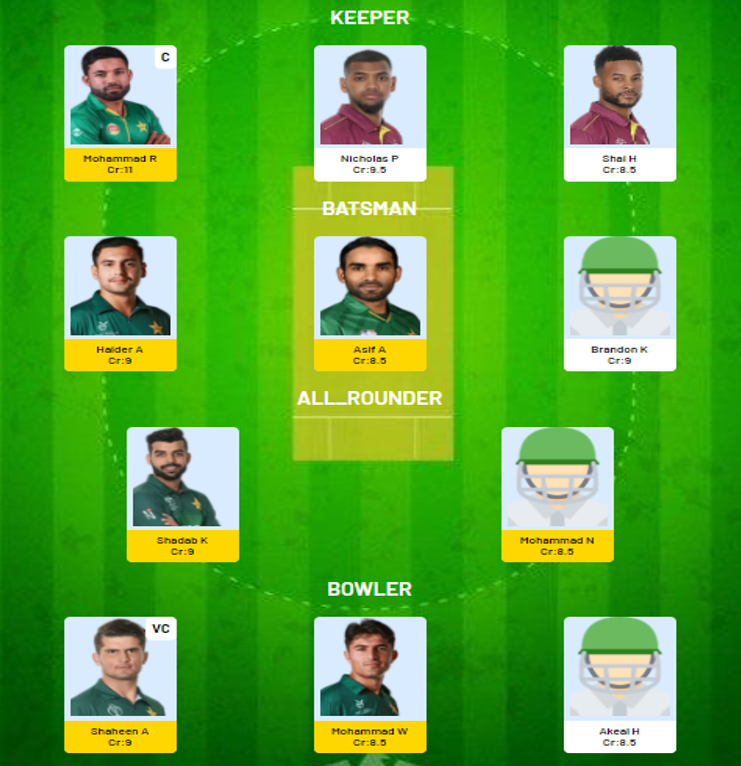 Pace has ruled the roost in the T20I series so far with 71% of the wickets falling to them. However, they have been on the expensive side, having conceded at 9.9 an over to go with a runs per wicket ratio of 22.9 and have struck once every 13.9 deliveries. 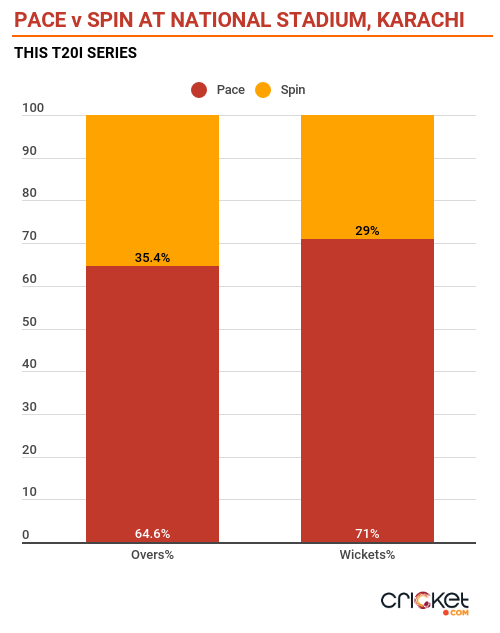 The spinners, on the other hand, have an economy rate of under six and have picked up a wicket every 18.7 deliveries, 18.2 runs apart. While wickets are the most important factor in fantasy cricket, we would recommend you go in with plenty of pacers in your side.

Both matches have been won by the side batting first and it will not be surprising to see the captain winning the toss opting to do the same this time around.

With scores of 78 and 58 in the series so far, Mohammad Rizwan should be the frontrunner to lead your side. Rizwan is the only batter to have scored over 1,000 runs this year so far, doing so at an average of 72.88 and strike-rate of 132.08. He has also scored 11 fifties and a ton in 2021. Moreover, he is also an excellent wicketkeeper and his dismissals behind the wickets will further add to your points tally.

Shaheen Afridi turned the match around in the second T20I with wickets at the death and is also among the top wicket-takers for Pakistan this year. His 23 wickets in 2021 have come at an average of 26.04 and strike-rate of 19.8. Only Hasan Ali (25) and Haris Rauf (25) have picked up more wickets than him for Pakistan in the shortest format this year. He had an excellent T20 World Cup prior to this series and will look to continue his good run of form in this match as Pakistan look to clean sweep West Indies.

The task of leading West Indies fell upon Nicholas Pooran following Kieron Pollard’s injury and it has not gone according to plan so far. While Pooran remains a tad out of touch, he is perhaps the best West Indies batter in the squad at the moment and the onus to score big lies on him. He has managed just 44 runs from two innings so far and has managed 420 runs at a strike-rate of 125.74 this year so far. The West Indies skipper will hope to salvage some pride in the series with a match-winning knock.

Akeal Hosein has bowed exceedingly well in the T20I series so far, opening the bowling in both matches and conceding less than 20 runs in both matches. One of his two wickets in the series includes that of Babar Azam, who he dismissed for a two-ball duck in the first game. Hosein has picked up a wicket at least in each of his previous four T20Is and we can expect Pakistan to play him carefully in this match as well, giving him an opportunity to add to his wickets tally.