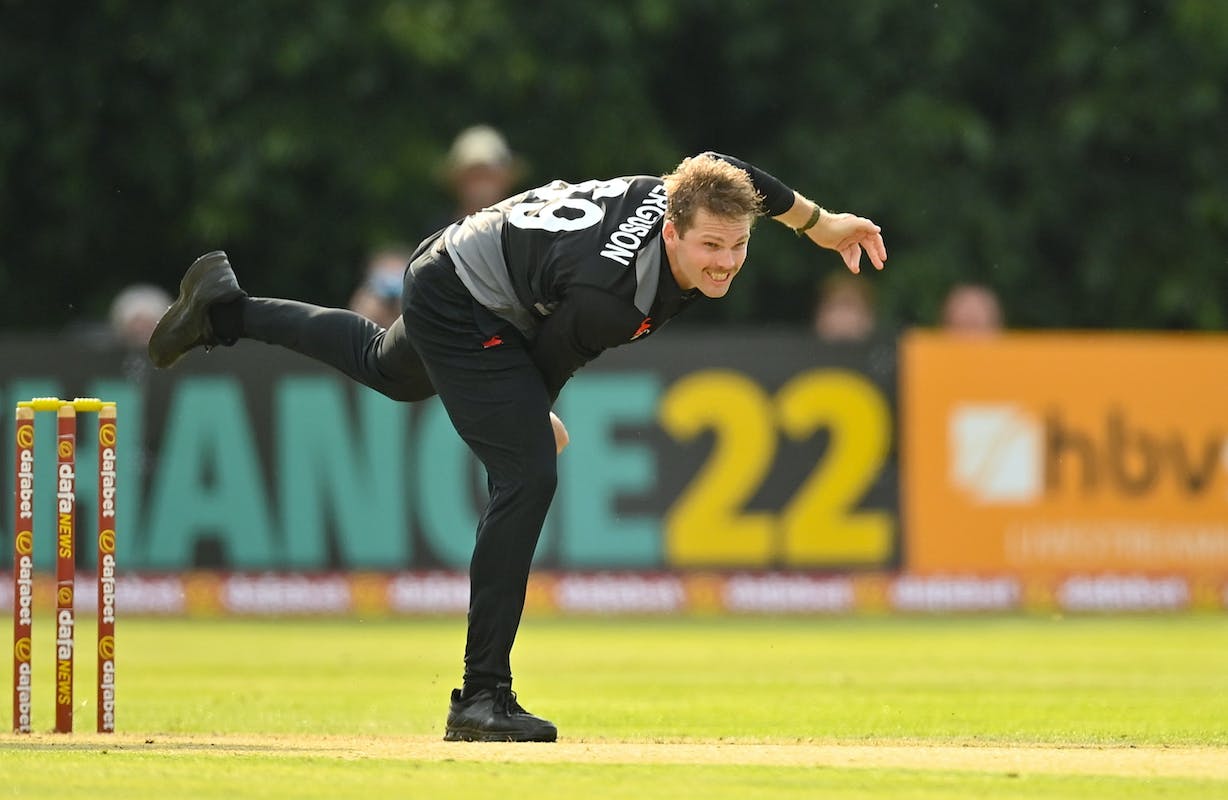 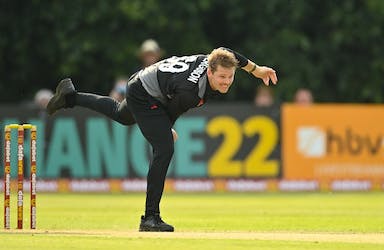 Phillips was unbeaten in his 52-ball innings as he smashed seven boundaries in New Zealand's total of 173 for eight. Jimmy Neesham kept the runs flowing for New Zealand with a rapid 29, which included a towering six into the sightscreen.

Ferguson turned the screw on Ireland in their chase with impressive figures of 4-14 as the hosts were bowled out for 142 in 18.2 overs.

Ireland, who just missed out on a first-ever victory over New Zealand when they lost the final ODI by one run last week, elected to field first in Dublin.

It had looked a solid call when New Zealand opener Finn Allen fell for one in the third over off Joshua Little, who finished with four wickets.

Martin Guptill (24) soon followed after he holed out at long off, and Dane Cleaver (five) lasted only seven deliveries on his debut, nicking a length ball from Little behind.

Daryl Mitchell was also dismissed for five off Curtis Campher to leave the tourists struggling at 54 for four in the ninth over. Phillips nipped Ireland's threat in the bud with his flamboyant stroke-play, and New Zealand got an early breakthrough in the field when Mitchell Santner claimed a fine catch to dismiss Andy Balbirnie for 12.

Black Caps skipper Santner took two wickets with the ball to reduce Ireland to 69 for five in the 10th over. Campher (29) and Mark Adair (25) gave Ireland faint hope, but Ferguson ensured the chase proved too much for the hosts.