Played too many dot balls in the middle: Harmanpreet Kaur 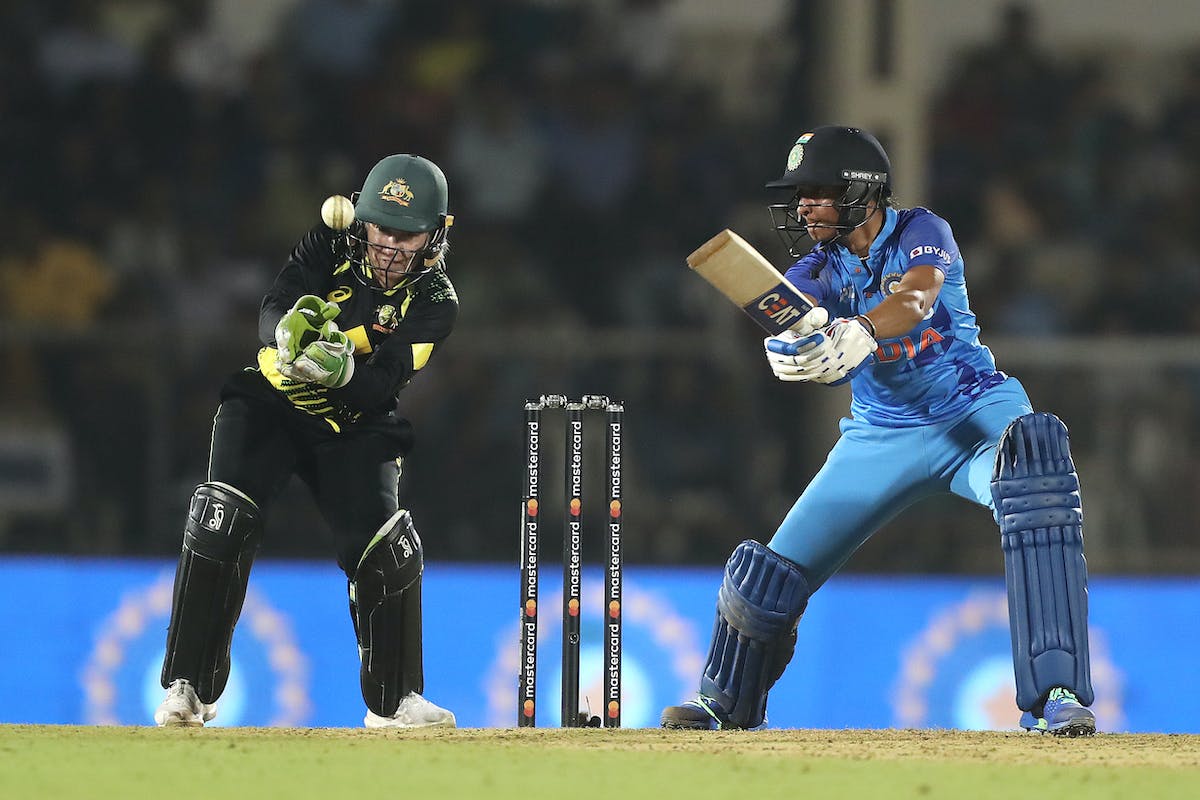 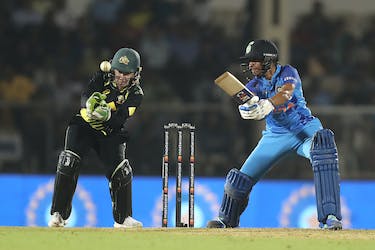 Played too many dot balls in the middle: Harmanpreet Kaur

Chasing 173 against Australia in the third T20I at Brabourne Stadium in Mumbai, India played 55 dot balls as they ended up 21 runs short off the target and conceded a 2-1 lead to the visitors on Wednesday.

Home team captain Harmanpreet Kaur, who added 73 runs in 50 balls with Shafali Verma (52 off 41) felt that playing out too many dot ball in the middle overs has cost her team the game.

"After getting them on 170-odd runs, we really thought we can chase this total. We played too many dot balls in the middle. After getting boundary, our plan was to rotate strike but didn't happen," Kaur said in the post-match presentation.

Australia, despite losing captain Alyssa Healy and Tahlia McGrath early, were propelled to 172/8 thanks to a 47-ball 75 by experienced Ellyse Perry and Grace Harris' 17-ball 41. India lost wickets in a heap starting Kaur (37 off 27) who went for a heave on the leg side and found Annabel Sutherland on the cow corner boundary off Megan Schutt.

Deepti Sharma (25 not out off 17 balls) tried her best, but slow scoring rate up front meant the target was too steep to climb for the left hander.

"Shafali or myself - we had in mind one of us needs to play till end. But we have a long batting lineup now and can play freely. So we can go for our shots. Don't really need one of us to play till the end," Kaur said.

India, however, can take heart from running down the Australian batting line-up after Devika Vaidya (2-22 from 3 overs) and Anjali Sarvani (2-34) put in disciplined performances. Lead pacer Renuka Singh and Deepti Sharma also contributed with two wickets each.

"The way Anjali and Devika took the responsibility was outstanding to watch. Very impressed with the way they're bowling," Kaur said.

Australian skipper Alyssa Healy was all praise for seamer Darcie Brown (2-19), who bowled nine wides in the first over, but kept Smriti Mandhana (1 off 10 balls) quiet and then got the wicket off the left hander in her next over.

"Rough start but the way she bounced back (Brown), stuck to her strengths, attacked the stumps and used the short ball. The impact that Grace Harris has is remarkable. Proud of the batting group and the bowling group," Healy said.

The wicketkeeper-batter was full of praise for Perry and Harris, who batted for the first time in the series and put Australia in a strong position.

"We pride ourselves on the middle order and the damage they can do. Our bowlers did a great job to hang in there and defend," Healy said.

India and Australia will return to the Brabourne Stadium on Saturday (December 17) for the fourth T20I.