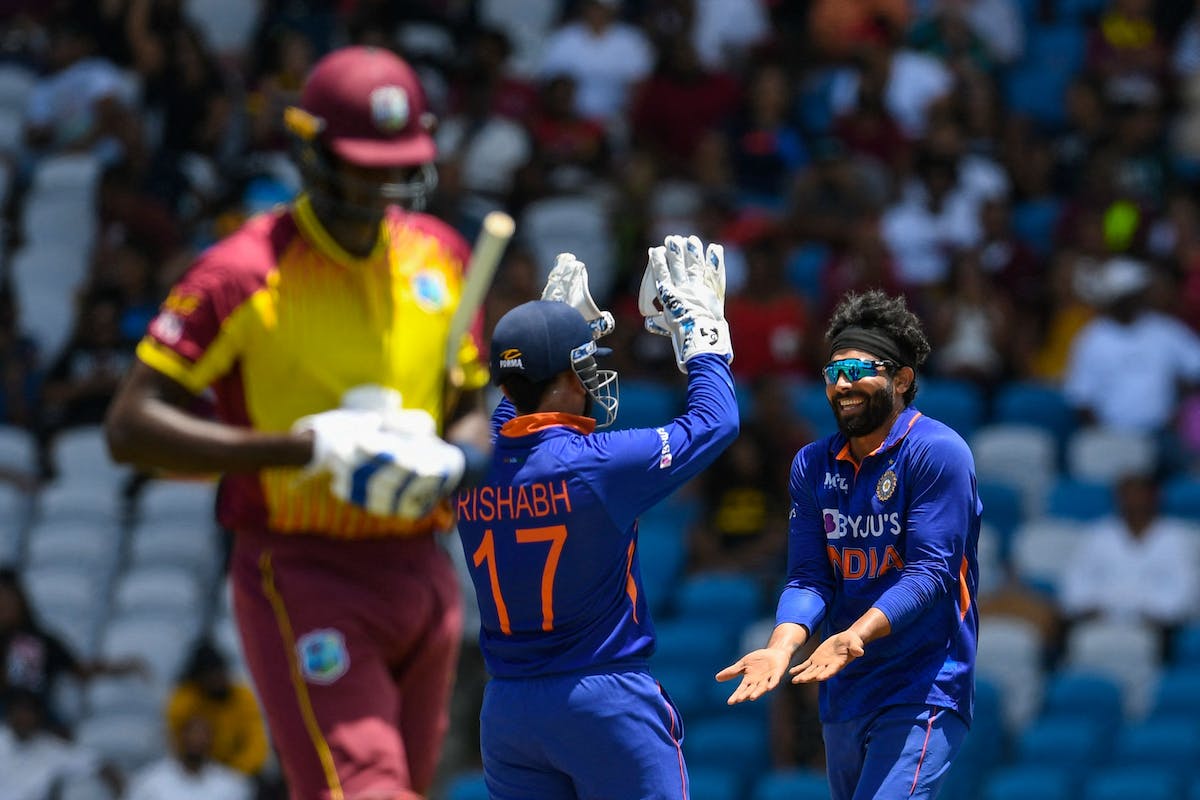 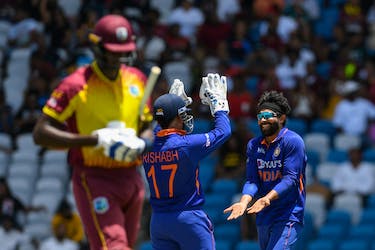 It was a complete game from India. On paper, a 68-run win tells you enough about India’s dominance for a heavy majority of the game. But there is more than that. There are numerous sub-plots from the perspective of India’s World Cup preparations that ticked the box. The one that India will cherish the most is Rohit Sharma’s 64 off 44 balls.

It is hard to believe that the right-handed opener scored his first T20 fifty of the year, in his 24th innings. Rohit has not done much wrong with the bat if you look beyond runs. Before the first T20I on Friday (July 29), Rohit averaged only 19.6 this year at a strike-rate of 123.6. But all over, the Indian skipper has not done much wrong with the bat. Except an inexplicable struggle against the off-spinners, there is not much of a pattern in Rohit’s grim numbers. It was just that he was not able to carry on even when he looked in good touch at the start of the innings.

Though the Indian management never seemed perturbed about Rohit’s lack of runs, it must be heartening to see one of the senior players break through the shackles to notch up a significant score. 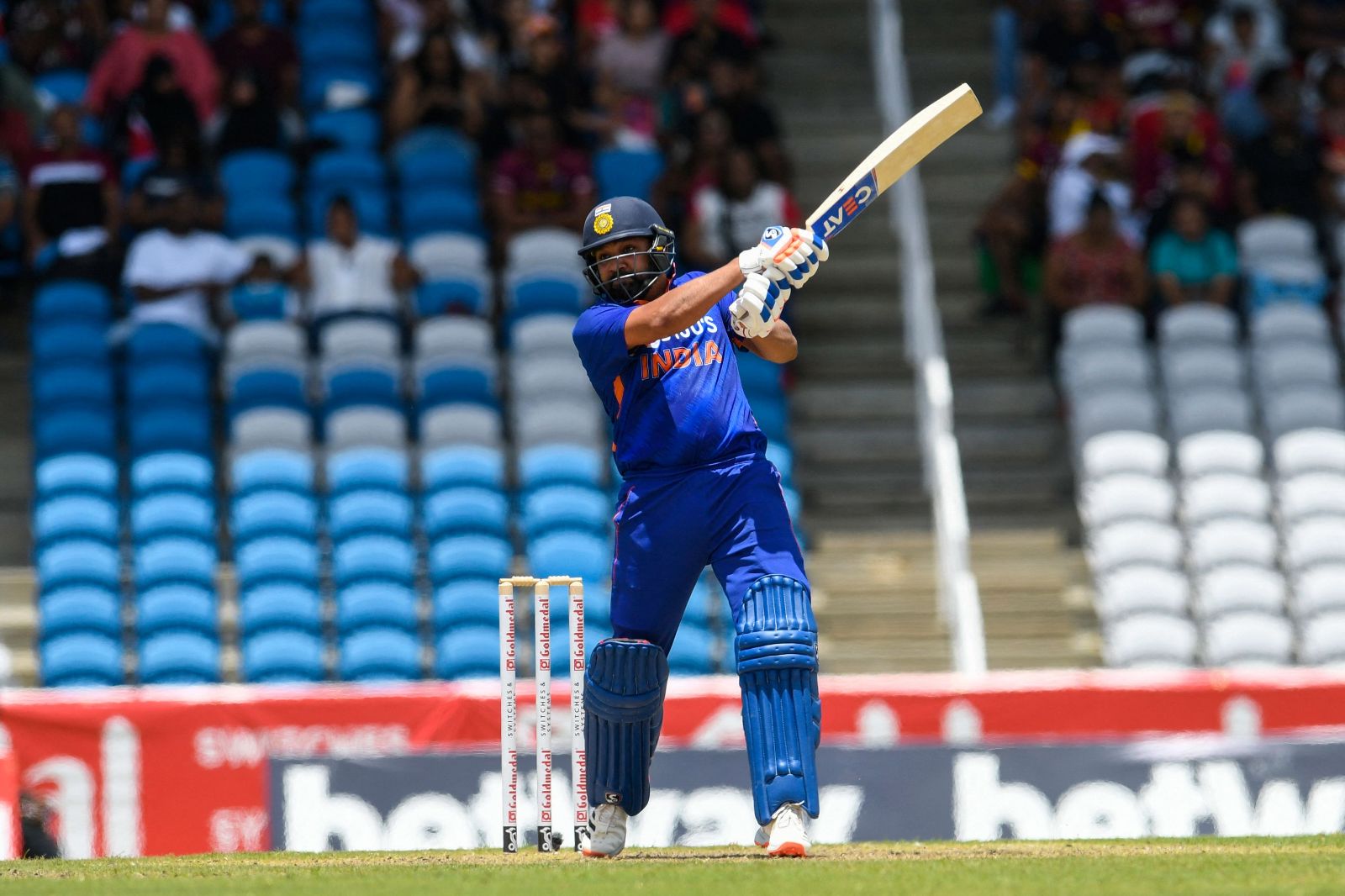 Moving forward, Dinesh Karthik strengthened the belief shown in him as a finisher. Karthik blazed an unbeaten 41 off 19 balls that fetched him the Player of the Match award. It helped India muster at least 20 runs above par. Since his comeback in June this year, it was Karthik’s third knock at a strike-rate over 150 in 10 innings. All of them have come while batting at five or lower.

“The way we finished off the first innings, getting to 190 was great. I really thought this wasn't the pitch where you could get 170-180 when we were batting in the first half of the innings,” said Rohit in the post-match presentation.

The spin attack also came to its own. Both Ravichandran Ashwin (2/22) and Ravi Bishnoi (2/26) forged excellent comebacks to the XI. Including Ravindra Jadeja’s 1/26, the Indian spinners picked five wickets for 74 runs in 12 overs as compared to West Indies’ 1/14 in only four overs of spin. Owing to their weakness against spin, West Indies was an easy target but the extent of the domination has deepened India’s spin options for the World Cup.

It is especially true in Ashwin’s case who flexed his supremacy against the left-handers, picking 2/12 in his 2.5 overs against the Windies’ left-handers. It was his first T20 for India this year. Will he get all five matches in the series to press a late claim for the World Cup? It remains to be seen.

Batters adapting to the pitch

India embraced an attacking batting approach in the T20Is against England. However, the slow track at the Brian Lara Stadium in Tarouba demanded a tweak in their strategy. Rohit was at the forefront of this change in intent. Against England, he scored at a strike-rate of 143.5 in the first 20 balls of his innings. In Tarouba, he was 20 off the first 20 balls.

“The nature of the pitch, we knew was slightly going to be tough. The shot making was not easy at the start. At the same time, the guys who are set need to carry on. There was some grip for the spinners. The odd variation wasn't easy to pick,” Rohit explained.

The grip on the surface meant showing the full face of the bat was more efficient than closing it in an attempt to access the on-side. Thus, against the norm in white-ball cricket, the off-side was a more fruitful scoring area than the on-side. India scored 62.3% of their runs from the bat in the off-side which is a pretty high number. 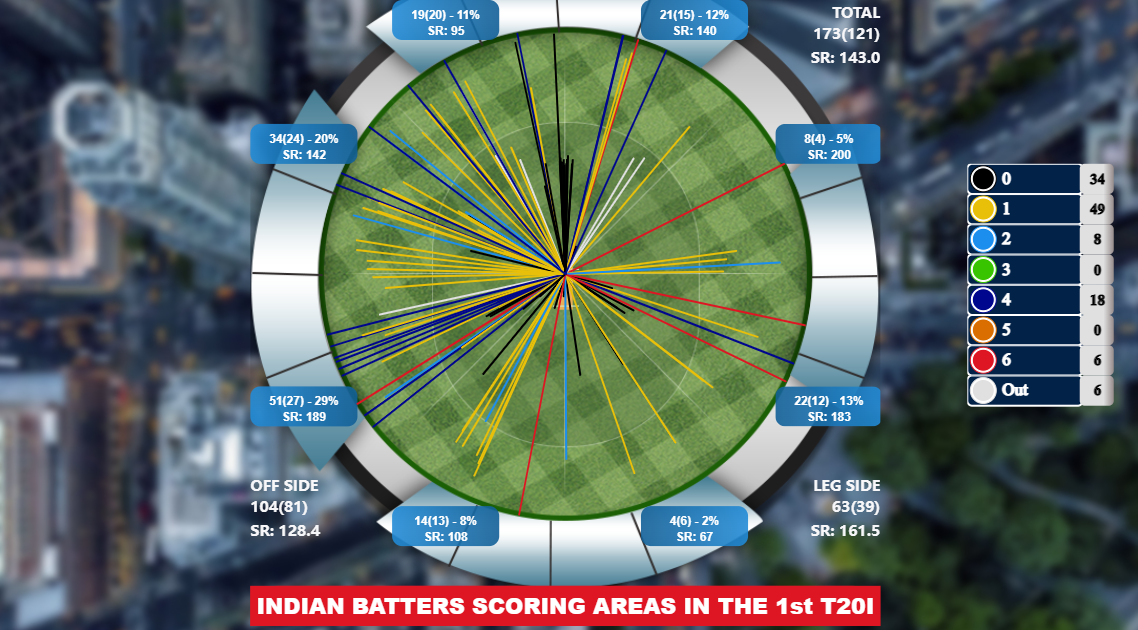 Each of the three Indian batters to score above 20 - Rohit (80%), Suryakumar Yadav (54%) and Karthik (71%) - scored heavily in the off-side. Fair to say, India assessed the pitch perfectly. While they started slow, there was quintessential progression in their innings that led them to an above par first innings total.

One thing about India’s batting that has left everyone scratching their head is Rohit Sharma’s new opening partner. The management surprised many in the second T20I against England when Rishabh Pant walked out to open with Rohit. However, one could still make sense of that decision. With KL Rahul not available to tour West Indies, Pant was expected to continue as an opener.

But for the second time in three T20Is, the Indian management has caught us off guard, this time with Surya’s promotion to the opening slot. The 31-year-old has opened before in T20 cricket but the previous instance was during the 2018 IPL.

From the perspective of the World Cup in Australia, Surya’s brilliance against spin makes him a necessity in the middle order. There is a similar case with Pant based on his potential. But the upside of Pant the opener was a glimpse into the post Rohit-Kohli era of India’s T20 cricket.

At present, the only rationale behind Surya opening states that India now want to estimate Pant’s credentials as the middle-order batter in this T20 setup. The squad in the Caribbean is India’s closest unit to a full-strength side (barring Rahul, Kohli and Jasprit Bumrah). With less than three months left for the mega event, it is time to focus on the anticipated World Cup plans and iron out the chinks. Pant in the middle-order is one of the few pieces that hasn’t come together as yet.

Having said that, it won’t be a surprise if Pant gets back to opening at some point in this five-match T20I series.