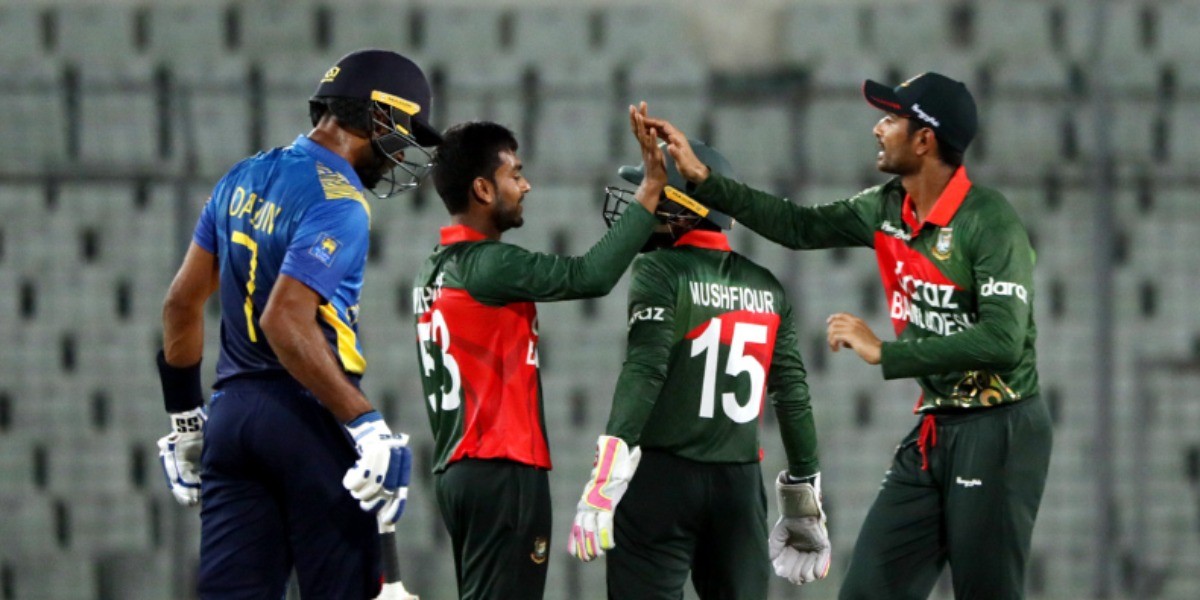 Bangladesh was able to break their winless streak of ten international matches with a 33-run victory over Sri Lanka in the first ODI. The visitors were lacking in all departments and despite having talented youngsters in their side, were unable to match up to the experience of Bangladesh.

With another limited-overs series defeat, third for this year, staring at them the Kusal Perera’s side will be hoping for a performance that could take them over the line on Tuesday. Despite the win in the first match, Bangladesh still need to polish few rough edges if they need to move up from the fourth place in the Cricket World Cup Super League table.

Leading an inexperienced squad was always going to be a challenge for newly-appointed captain Kusal Perera and the absence of veterans such as Angelo Mathews and Dinesh Chandimal was dearly felt in the first game.

Except for Wanindu Hasaranga’s fast-paced 74, Isuru Udana was the only one who looked comfortable at the crease, something which was needed from the batsmen up the order. Perera, who is the only player in the squad with more than 100 ODIs appearances, struggled in his 50-ball 30 and ultimately perished in the 21st over. The 30-year old also seems to be figuring out the strengths in his bowling resources. Dhananjaya de Silva, who was the pick of the Lankan bowlers, was kept off the ball until the final overs which allowed Mushfiqur Rahim and Mahmudullah’s partnership to flourish. 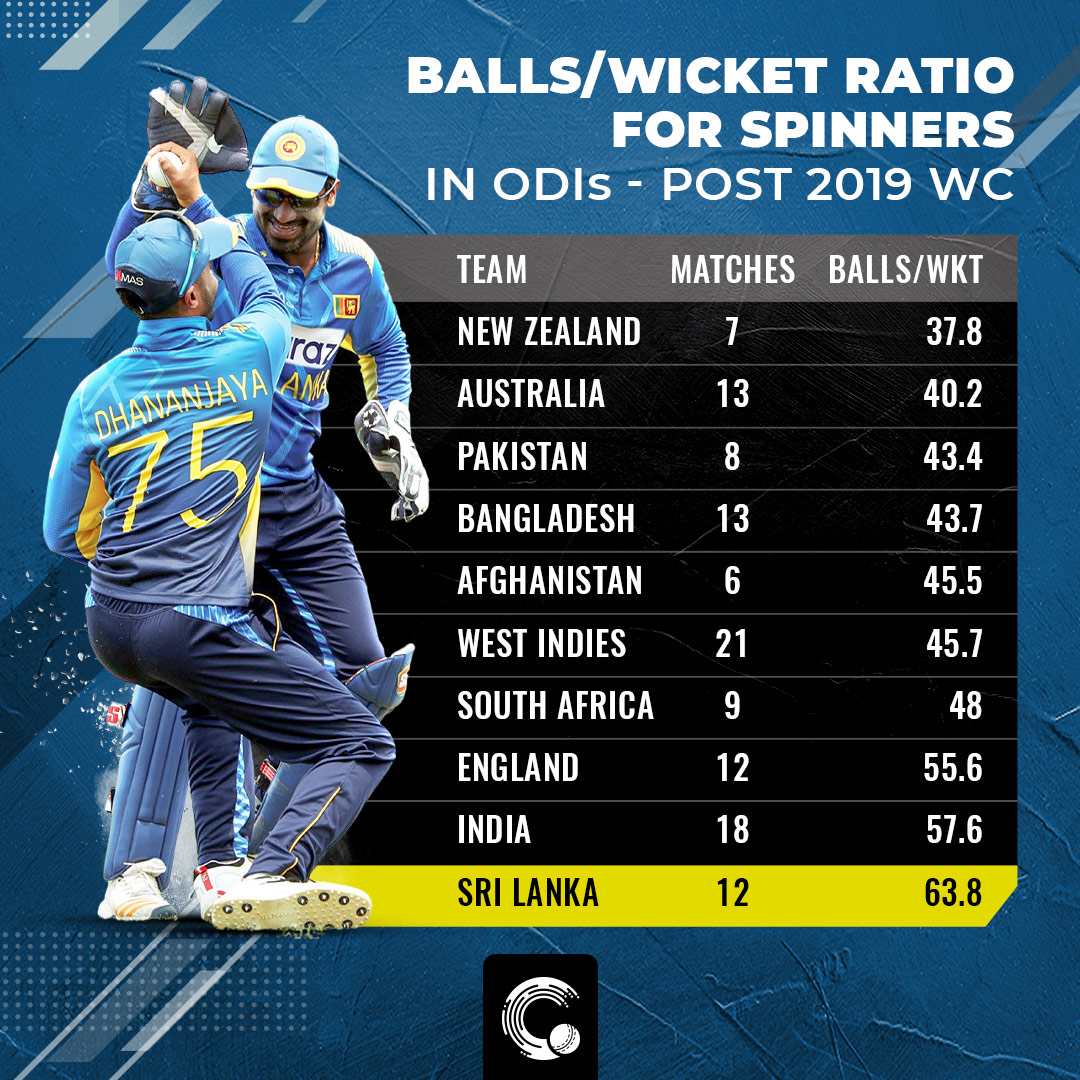 In the absence of seniors such as Suranga Lakmal, Avishka Fernando, and Nuwan Pradeep, the workload was heavy on Udana to lead the bowling attack against a Bangladesh side that bats deep.

A score of 257/6 on a tricky surface in Dhaka seems to have been enough, but Bangladesh batsmen erred with their shot selection which prevented from scoring a big one. Shakib Al Hasan’s return to his favoured No.3 position seems to have solidified the top-order, doubts persist over Liton Das’ role as an ODI opener. From the 15 innings he has played as an opener since 2019, Das has been dismissed for a duck thrice and has scored 482 runs off which 302 runs have come from the two centuries against Zimbabwe in 2020.

BCB president Nazmul Hassan looked displeased with Das’ dismissal when he went for a drive against Dushmantha Chameera and was caught in the slips. “(Liton) can open in T20s, but my personal opinion is that he is better at No. 5 or 6. We have to sit with them,” Hassan told ESPNCricinfo during the innings break.

Captain Tamim Iqbal, despite scoring 1054 runs from 28 matches in the past two years, has often been guilty of slow starts. Since 2019, has batted at a strike rate of 69.05 with a dot-ball percentage of 55 in the first power play. During this period, he has been dismissed 16 times within the opening 10 overs which explains Bangladesh’s run rate of 4.16 during the power play, which is the lowest among the top 10 ODI teams. 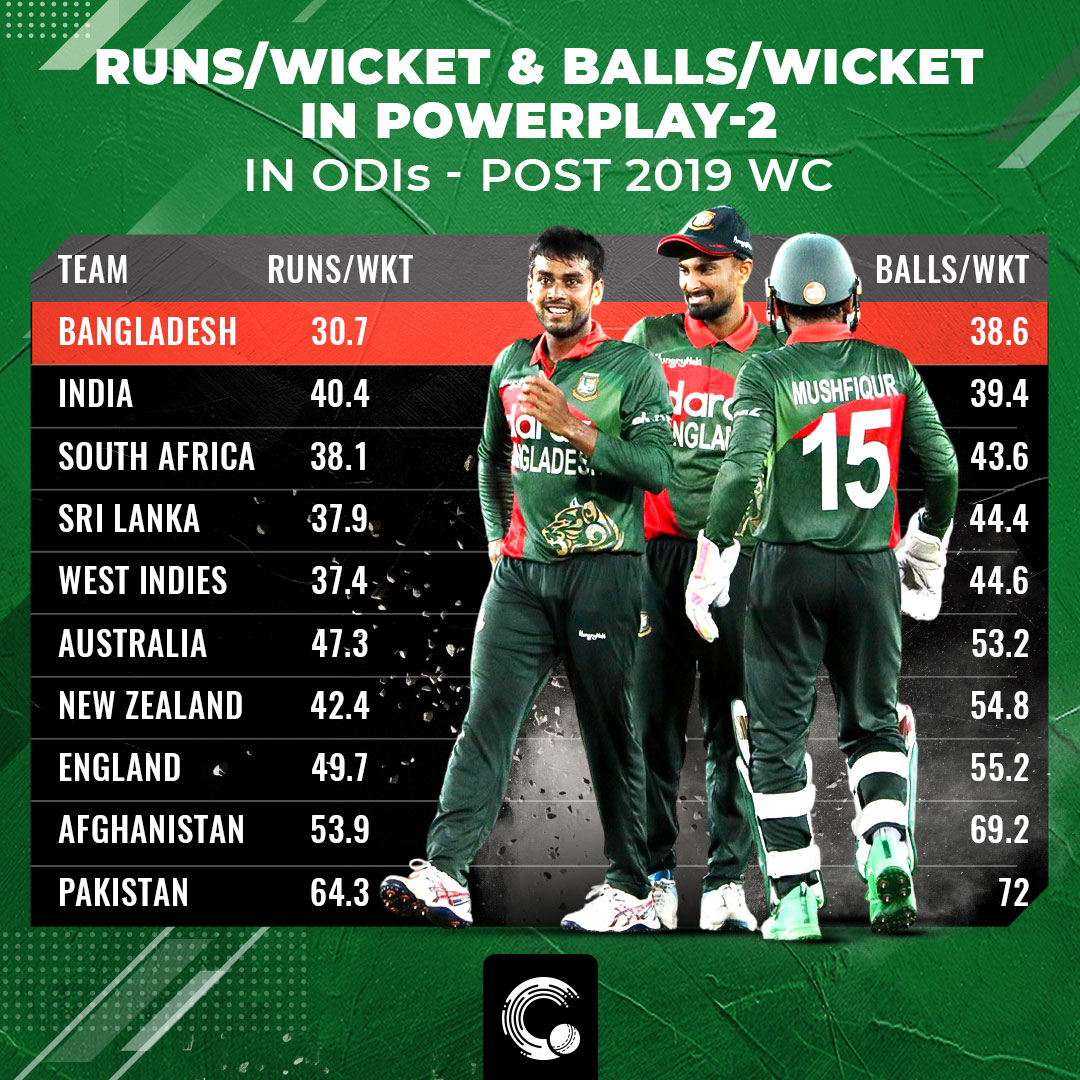 Mushfiqur Rahim and Tamim Iqbal while Shakib’s 34-ball 15 could prove to be a minor blip as he is still the team’s third-highest run-scorer since 2019. On a spin-friendly pitch, Bangladesh bowlers looked lethal with Mehidy Hasan, Mustafizur Rahman, and Mohammad Saifuddin among wickets.