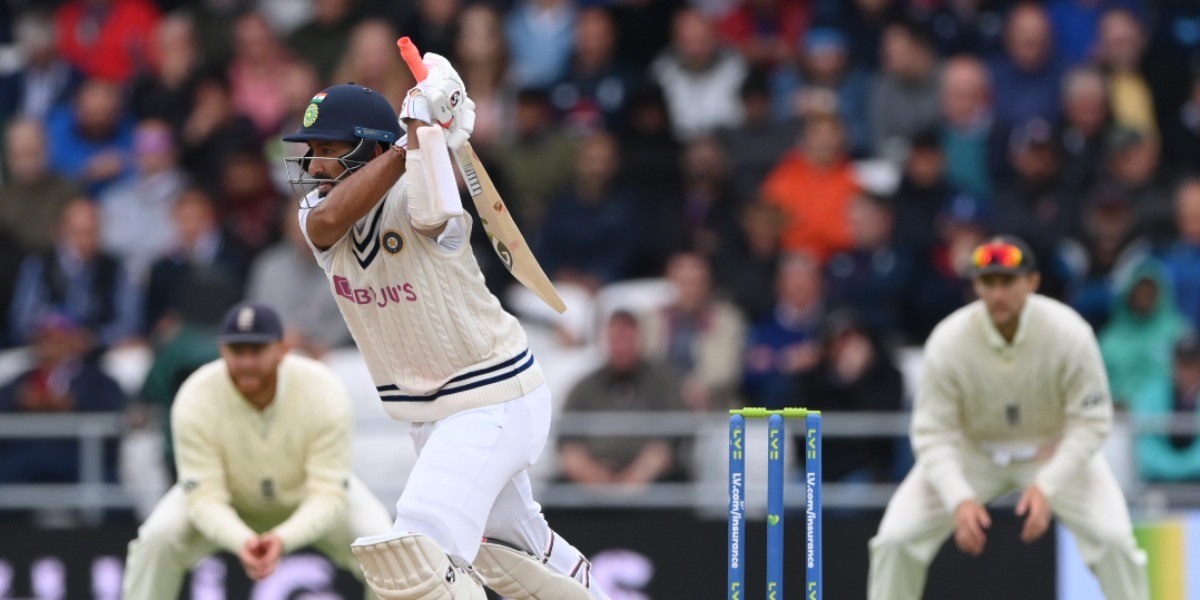 The trio of Rohit, Pujara and Kohli batted admirably to keep the visitors' hopes alive

Cheteshwar Pujara was left eyeing a first Test century in more than two years as he held firm alongside India captain Virat Kohli to keep England at bay at Headingley on Friday. India were 215-2 in their second innings when bad light led to an early close on the third day of the third Test, still 139 runs adrift of England's first-innings 432.

Pujara, who was under pressure coming into the second innings, was 91 not out and Kohli, 45 not out.  It was the highest score this series for both batsmen, with their unbroken stand worth 99 runs. It was all a far cry from India's first-innings 78 following Kohli's decision to bat first.

Although Pujara has 18 hundreds from his 88 previous Tests, he has not reached three figures at this level since making a superb 193 against Australia at Sydney in January 2019. He entered the second innings on the back of a 9-ball 1 in the first, where he was dismissed caught behind in predictable fashion, but today the 33-year-old turned back the clock to play his best away innings in over two years.

Earlier, England resumed on 423-8 after captain Joe Root had made 121, his sixth Test century this year. But the tail added just nine runs on Friday. Craig Overton, 24 not out overnight, had hit two fours off successive Mohammed Shami balls before the paceman had him LBW. Jasprit Bumrah bowled Ollie Robinson for a duck to end the innings. Shami was the pick of India's attack, with 4-95 in 28 overs.

James Anderson, already the most successful fast bowler in Test history, had taken 3-6 as he ripped through India's top order on Wednesday. But he was unable to add to his tally of 629 Test wickets as an attack missing injured fellow quicks Stuart Broad, Jofra Archer, Olly Stone and Mark Wood, as well as all-rounder Ben Stokes, enjoyed just two dismissals in 80 overs Friday.

The Indian openers started cautiously, and it looked like they would go to lunch unscathed. But Overton, recalled in place of Wood, produced a rising delivery on the stroke of lunch that took the shoulder of Rahul's bat with second slip Jonny Bairstow, a wicketkeeper by trade, holding a superb left-handed catch as he dived in front of Root at first slip.

Rahul had fallen for eight, and England hoped that his exit would spark another spectacular India slump, but those hopes were dashed by Rohit and Pujara.

As he's done all series, Rohit treaded with caution, but after batting flawlessly for two hours, the Mumbaikar got a lucky break in the second session, on 39. With India 73-1, the right-hander was given not out to a straighter Robinson delivery only for Root to be told by the umpires he'd gone past the 15-second time limit when he signalled for a review. Replays indicated the ball would have hit middle stump.

But having completed a 125-ball fifty, Rohit was lbw after tea to the persevering Robinson -- on umpire's call -- to end a partnership of 82. Pujara, renowned for dour resistance, completed a relatively brisk fifty on a ground where he played for Yorkshire by hooking Overton for his ninth four in 92 balls.

Rohit's exit brought Kohli, with a meagre average of 24 in Tests since the start of last year, to the crease.  Root brought back Anderson, who had had the star batsman caught behind for just seven in the first innings, to the attack. But the India skipper, having defended his first ball in textbook fashion, clipped Anderson off his pads for a boundary second ball and struck the England great for an elegant cover-drive that sped to the rope.

With the skies increasingly gloomy, Root brought himself on to bowl his off-breaks alongside those of frontline spinner Moeen Ali to keep the game going even though the Headingley floodlights were on full beam. But even with two spinners bowling, the umpires decided the natural light had declined sufficiently to end play for the day.