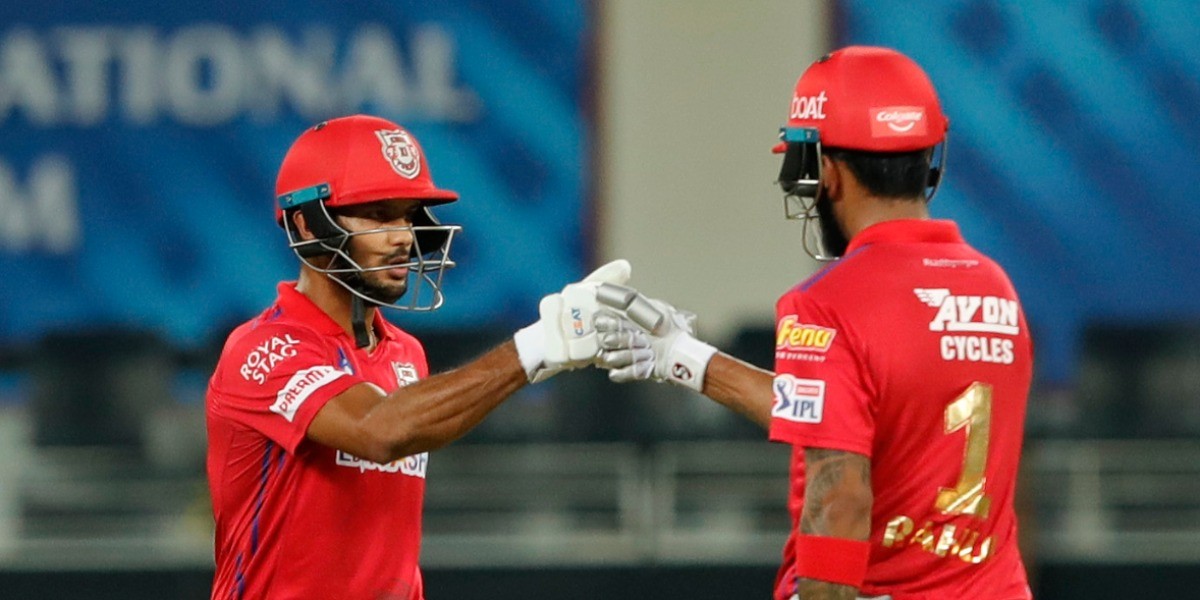 Punjab Kings and Chennai Super Kings will face off in the eighth match of the 2021 Indian Premier League at the Wankhede Stadium on Friday (April 16). The team from Punjab began their campaign with a thrilling last-ball victory against Rajasthan Royals, while Chennai will be keen to bounce back from the loss against Delhi Capitals.

Considering their respective performances in the IPL over the years, you wouldn’t be surprised that CSK have a comfortable lead (14-9) in matches between the two teams. In the last five contests too, the Super Kings have been dominant, winning four of those games. 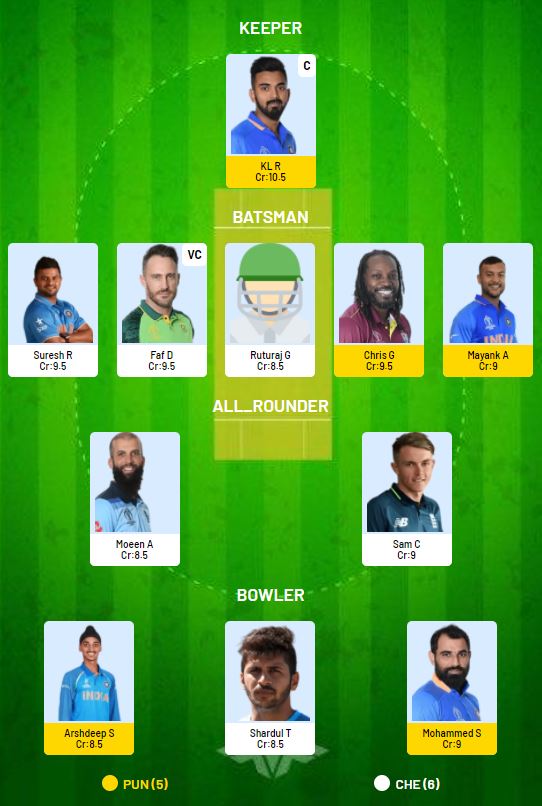 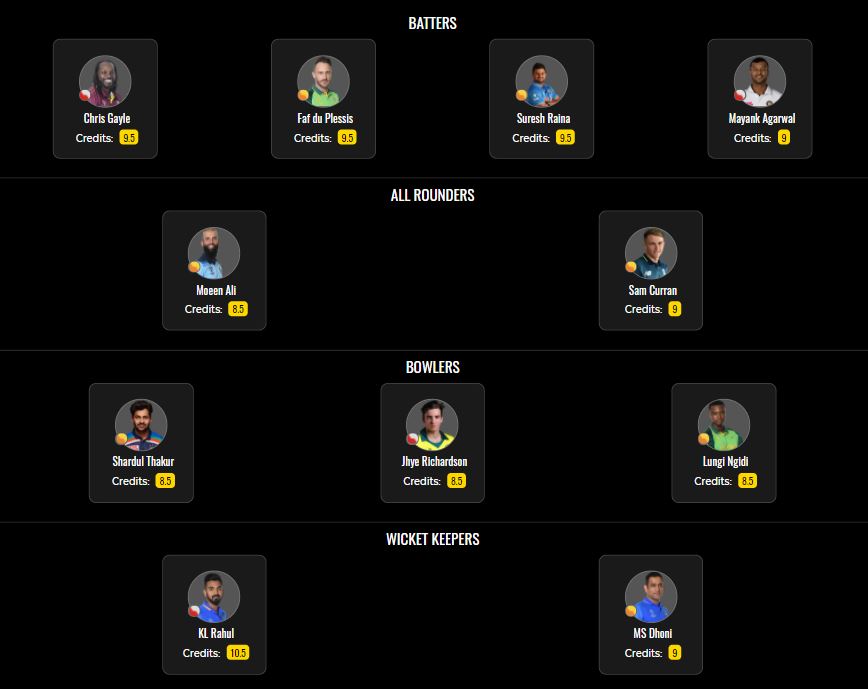 Unsurprisingly, the Wankhede Stadium in Mumbai has been heavily favourable towards batting in the two matches completed at the venue so far this season. It was especially evident in the game between RR and PBKS as a total of 438 runs were runs in 40 overs.

This has generally been the case at the stadium in recent years. Since 2019, the batting average here has been 30.4 while a wicket has fallen every 21.3 deliveries. Across the six venues hosting matches in the IPL this season, the Wankhede Stadium tops on both the aforementioned categories during the period. 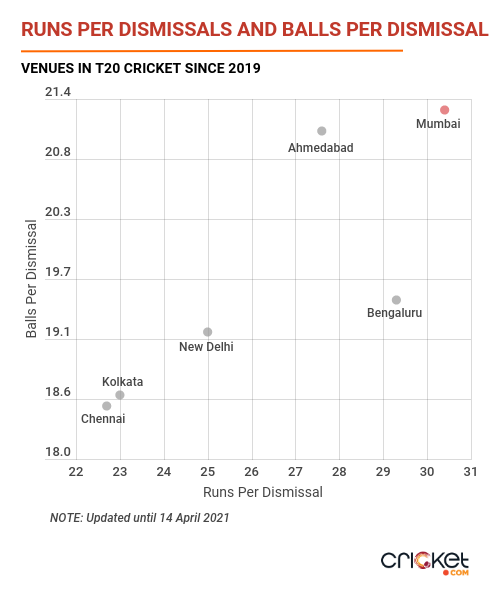 In the two matches completed in Mumbai during IPL 2021 so far, pacers have been totally dominant when it comes to wicket-taking. Out of the 22 wickets that have fallen to bowlers, 20 have been taken by pacers. That’s the main reason we’ve gone with four pace-bowling options in the team.

When we consider T20 cricket since 2019 at the Wankhede Stadium too do fast bowlers come out on top. They have accounted for just over two-thirds of the wickets taken by bowlers during that period and have a better bowling strike rate by four runs per dismissal.

While Deepak Hooda was sensational in PBKS’ opening game, we have picked Ruturaj Gaikwad over him because the latter opens the innings. You could select the former if you feel their batting positions won’t make a big difference. 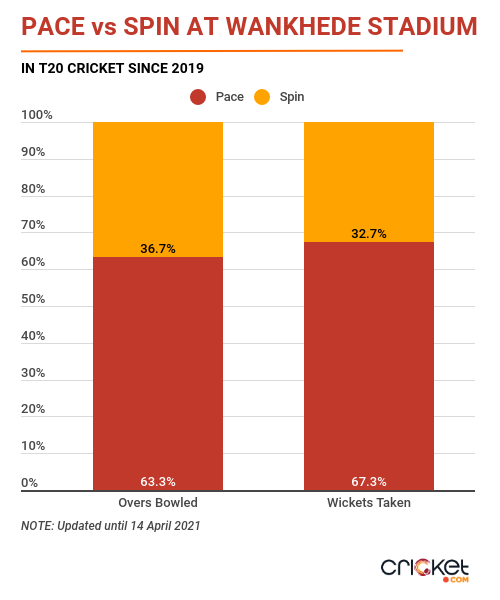 Nicholas Pooran came in to bat at No.5 in the game against RR, which indicates that PKBS might be looking at using him as a finisher this season. If that continues in this match, he could come up against Dwayne Bravo, who has been CSK’s death overs specialist with the ball for many seasons now. In T20 cricket so far, Bravo has dismissed Pooran thrice in 35 deliveries, while the batting strike rate in this contest is 142.9. 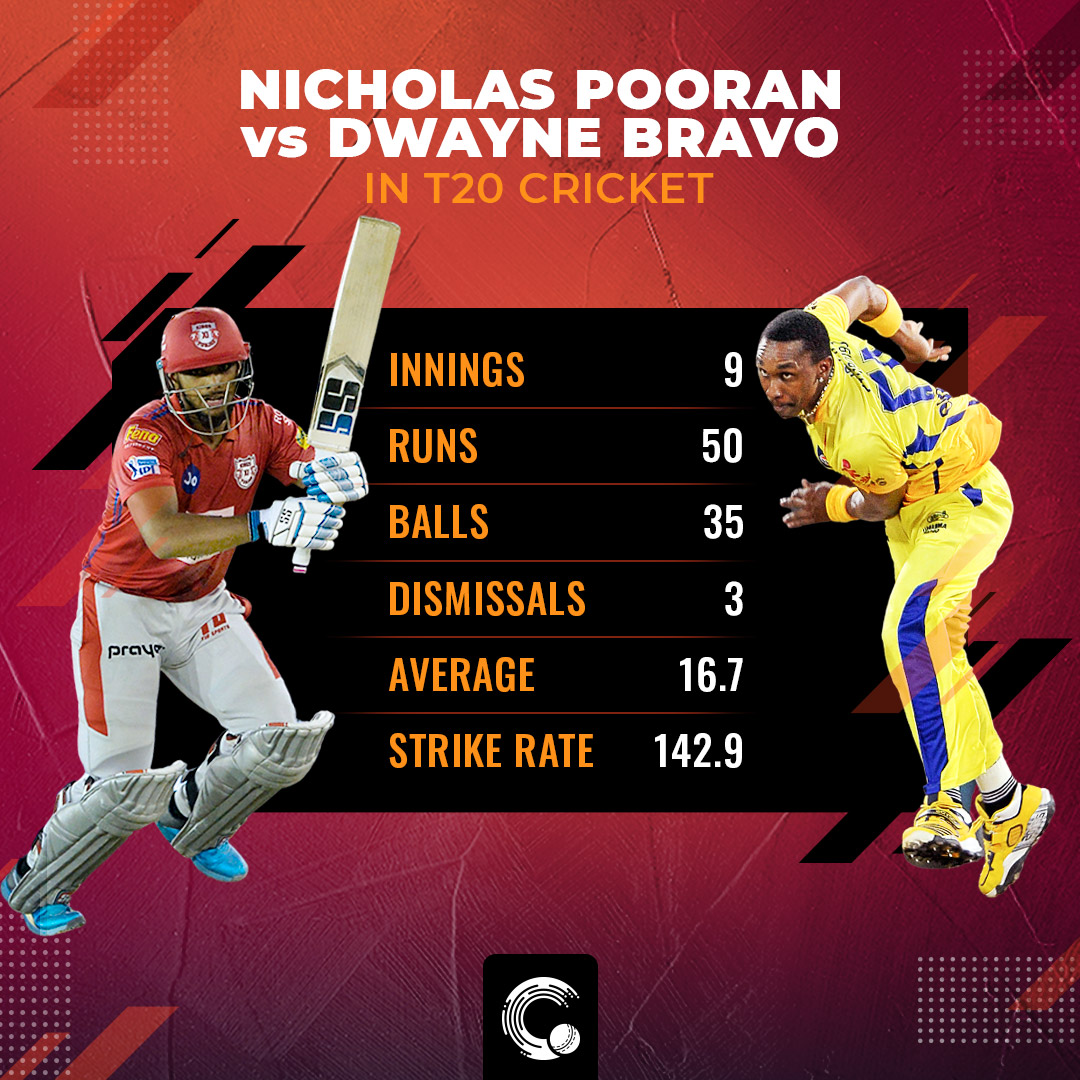 Faf du Plessis was dismissed for a duck against DC and will be hoping to get going in this game. Mohammed Shami, on the other hand, did well against RR despite tough conditions for bowling. Both are accomplished international cricketers and this should be a great contest at the start of CSK’s innings. In the past in T20 cricket, du Plessis has done well against Shami, scoring 64 runs from 32 deliveries while being dismissed once. 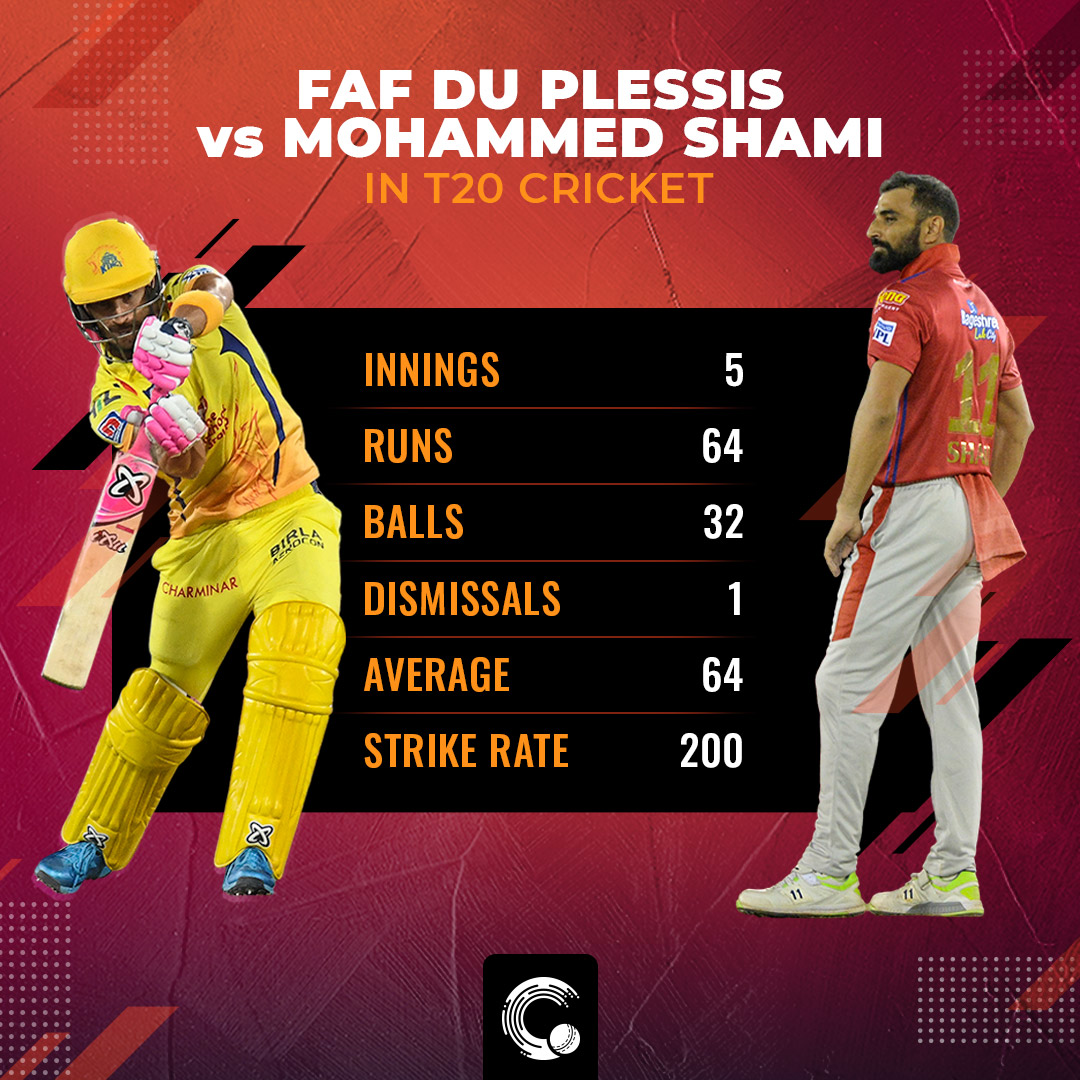 KL Rahul: The right-handed opening batsman has been simply brilliant since joining the Punjab-based franchise in 2018. Since then, no one has scored more IPL runs than him (2013). He has done so at an average of 55.9 which shows how incredibly consistent he has been. Rahul showed his class with a majestic 50-ball 91 against RR earlier in the week. At times, he can also get you some valuable points with his wicketkeeping too.

Our Criclytics player projector predicts Rahul could score 24-36 runs in this match.

Faf du Plessis: The former South Africa skipper didn’t get off to the best of starts in IPL 2021 as he failed to open his account against DC. But we’ve kept faith in him as it is tough to ignore batsmen of such calibre at venues like the Wankhede Stadium where conditions are favourable for batting. In IPL 2020, du Plessis was CSK’s top run-scorer – 449 runs at an average of 40.8 and strike rate of 140.8.

Our Criclytics player projector predicts du Plessis could score 22-33 runs in this match.

Mayank Agarwal: Another player who didn’t have the best of opening games in IPL 2021 was Mayank. But as we mentioned for du Plessis, on such venues, it’s not easy to drop top-quality batsmen in fantasy cricket. Mayank was recently left out of India’s limited-overs squads and will be keen to have a good IPL season to improve his chances on that front. In IPL 2020, Mayank scored 424 runs at an average of 38.5 and strike rate of 156.5.

Our Criclytics player projector predicts Mayank could score 20-30 runs in this match.

Moeen Ali: In CSK’s first game of the season, Moeen batted at No.3 while also bowling three overs. If he continues doing so, then his points-scoring potential in fantasy cricket is very high. He did reasonably well with the bat too, scoring 36 from 24 deliveries. The Wankhede Stadium isn’t very favourable for spinners in T20 cricket, but still on the whole, the England all-rounder seems like a top option to consider.

Our Criclytics player projector predicts Moeen could score 21-32 runs and could take 0-1 wickets in this match.