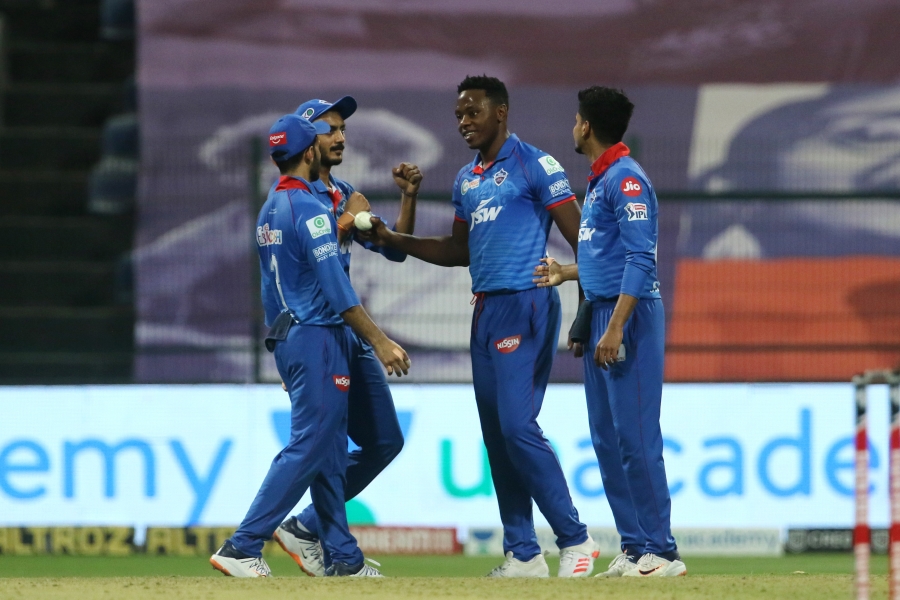 Iyer said it was team's collective effort that carried them

Making it to their maiden IPL final is the "best ever feeling" for Delhi Capitals captain Shreyas Iyer who now wants his team to play freely against Mumbai Indians in the title clash.

Delhi Capitals beat Sunrisers Hyderabad by 17 runs to reach the final, set to to be played on Tuesday in Dubai.

"(It's) Best feeling ever. Journey has been a roller-coaster. The emotions keep going high and low, so you can't have a same set of routines. Have to keep chopping and changing," Iyer said at the post-match presentation.

"Hoping that in the next game as well, against MI the biggest team, we're able to play freely."

Iyer said it was team's collective effort that carried them.

"End of the day we stuck together as a family. Very happy with the effort every individual has put in. But have been getting support from coaches and support staff. On top of that the team has been so special. Really fortunate to have such an amazing team," Iyer said.

Talking about Sunday's match, Iyer said, "We were going at 10 run per over, but we know Rashid can be lethal in the middle. The plan was to not give him wickets."

"We were lacking with the opening partnership, so needed a rocket start. We thought if Dhawan goes and plays maximum deliveries he can give us a good start."

SRH captain David Warner said he was proud of his team despite failing to make it to the final.

"First and foremost, no-one gave us a chance at the start. Mumbai has a great team, Delhi as well, and RCB, but I'm proud to be where we are today.

"Natarajan is a find of this IPL, and he's been outstanding. Rashid has been amazing, and so has Manish Pandey at No. 3. From an all-round perspective, it's been great. I'd like to thank all our supporters at home."

Warner, however, admitted that fielding let his team down in the tournament.

"The main thing is attitude in the field. You can't win if you don't take catches, so that, we'll have to do much better next time - that's what's let us down in this tournament - the attitude on the field," said the explosive opener from Australia.

Asked about the impact of the injuries to key players like Bhuvneshwar Kumar and Wriddhiman Saha, he said, "It has been difficult, but the rest of the players have been excellent in their roles to get us where we have gotten today."

Man-of-the match Marcus Stoinis for his 38 with the bat and 3/26 with the ball said he is excited to be featuring in the maiden IPL final.

"Have played quite a bit of IPL, but this is my first final. It's been hard with quarantine but a bit of silverware is good motivation," he said.

"MI are a very good team. Have played consistently. But they're due an off game. Our best cricket should be good enough to win."

Asked about opening the DC innings, he said, "I have done it in the Big Bash League for a couple of seasons and it was nice to get an opportunity in the IPL."

About his bowling, he said, "Never know what it's going to be like early. There was swing early on. So had a bit of a look at it before having a crack. Was a really nice wicket.

"My thought process was to change my grips and see what I was getting out of the wicket and change my tactics with wide yorkers and slower balls."