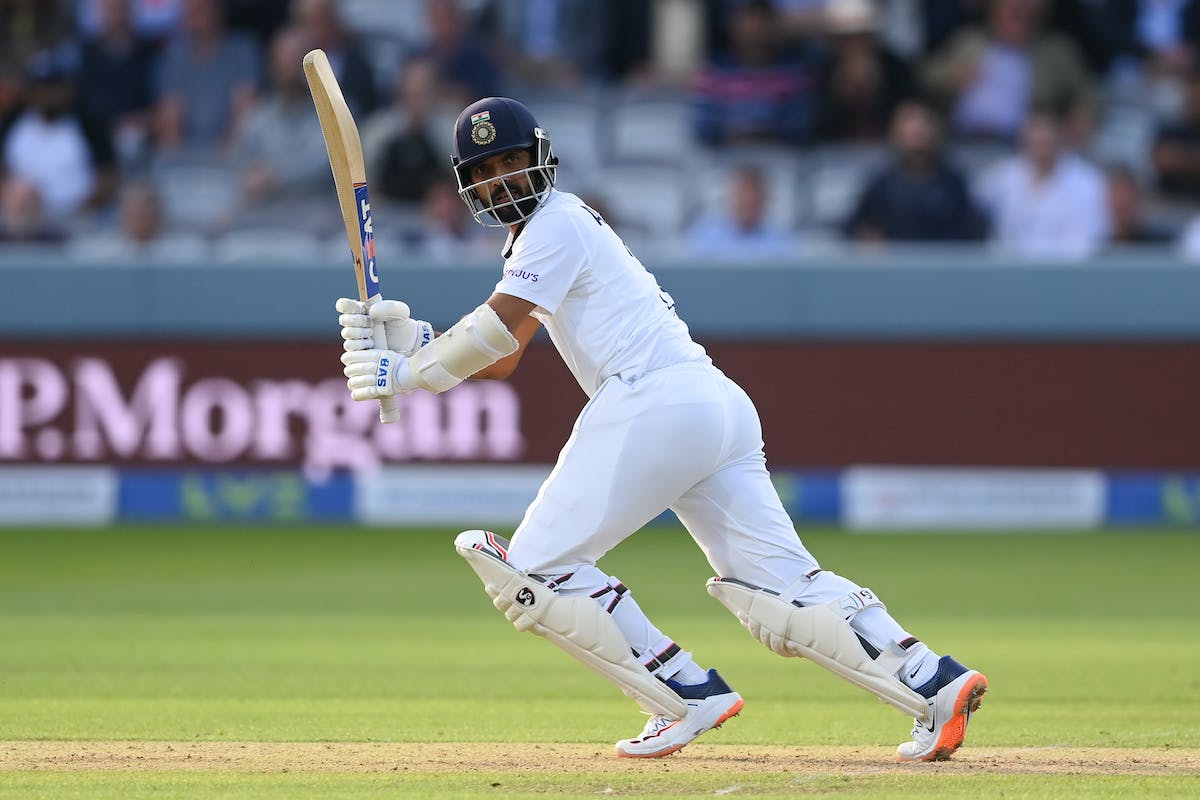 Meanwhile, Virat Singh and Shahbaz Ahmed starred in the other quarter-final clash

After losing out on 65 overs of play on Day 1, thanks to rain, the West Zone batters more than made up for lost time as they pummeled the North East Zone bowlers on Day 2 of the Quarter-final clash at the MA Chidambaram Stadium in Chennai. Both Yashasvi Jaiswal (228) and Ajinkya Rahane (207*) scored double-centuries as a total of 474 runs were scored on the second day, West Zone getting to 590/2 stumps.

West Zone started the day on 116/0, with Prithvi Shaw (61*) and Jaiswal (55*) eyeing hundreds and both openers got to the three-figure mark in no time. For Jaiswal, it was his fourth hundred in his last seven first-class innings.

Things were looking ugly for North East zone with the two Mumbaikars bringing up the 200-run stand in almost run-a-ball, but the Hokaito Zhimomi-led side finally got something to smile about in the 44th over, with off-spinner Ankur Malik dismissing Shaw for 113.

Shaw’s wicket, though, would turn out to be the last moment of delight for North East on the day as West Zone skipper Ajinkya Rahane, walking in at No.3, stitched together a 333-run stand with Jaiswal to effectively bat North East out of the contest. Boundaries flowed as while Jaiswal struck 22 fours and 3 sixes in his knock of 228, Rahane’s 207* featured 18 fours and six sixes.

For the longest time it looked like West Zone would get through to stumps losing no more wickets, but Jaiswal fell on the last hour of play to Rongsen Jonathan. An unbroken 61-run stand between Rahul Tripathi (25*) and Rahane took West Zone to 590/2 at the end of the second day.

It was even-stevens at the end of the second day in the Quarter Final clash between East Zone and North Zone as in response to East Zone’s 397, North ended the day on 65/0.

East Zone started Day 2 on 179/3 and were at one point at a very commanding position at 233/3, with Virat Singh and skipper Manoj Tiwary’s partnership going strong, but a flurry of wickets saw the side be reduced to 293/6. Virat Singh was the sixth wicket to fall, but by then he had brought up his seventh first-class century, striking a fine ton under testing circumstances.

Things looked bleak for East Zone post the dismissal of Virat, but a fine 62 from Shahbaz Ahmed took the side to 397. Shahbaz, who batted rather patiently, was helped by an attacking 32 from the bat of Tripura’s Manisankar Murasingh, who batted at a strike rate of 64.00.

With a strong bowling line-up at their disposal, East Zone hoped for breakthroughs before stumps but it wasn’t to be as Yash Dhull (35*) and Manan Vohra (20*) saw North Zone through to the end of day 2. Dhull was particularly attacking, striking six fours in a 43-ball stay that saw him bat at a SR of 81.39.