Rahul disappoints, but Gill and ODIs are a match made in heaven 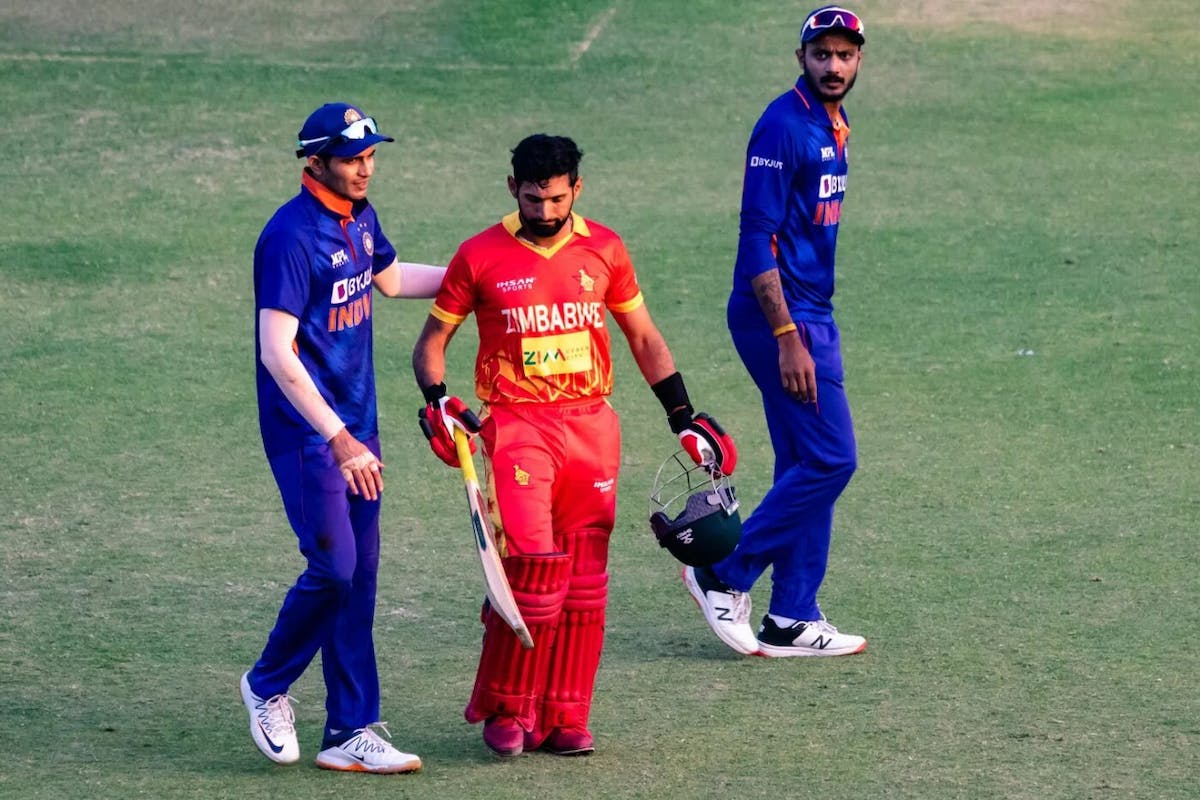 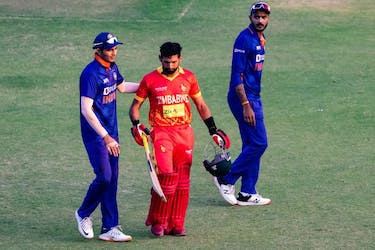 Rahul disappoints, but Gill and ODIs are a match made in heaven

Zimbabwe showed no fighting spirit in the first two One-Day Internationals but Sikandar Raza and Brad Evans had other ideas in the final encounter on Monday (August 22). India were tested to their limits in the third ODI but the hosts floundered just before getting over the line. Raza and Evans tried their best but Zimbabwe still fell short by 13 runs, allowing India to complete a 3-0 whitewash.

The Men in Blue came to Zimbabwe with the hope of giving some of their players some much-needed game time but not everything went as they would have liked. KL Rahul, Deepak Hooda and Avesh Khan, who are part of the Indian squad for the Asia Cup, didn’t have a great series. However, there were some major positives too. Deepak Chahar, Axar Patel and Mohammed Siraj were impressive but it was Shubman Gill who had a series to remember.

Here are some of the major talking points to emerge from the three-match series.

Should India be concerned about KL? These three ODIs were supposed to serve as a warm-up for Rahul but things didn’t quite go as planned for the Karnataka batter. The 30-year-old, who hadn’t played any professional cricket since May, was hoping to get some match practice ahead of the Asia Cup but could only manage 31 runs at an average of 15.50 and a strike rate of close to 60.

Rahul, who is a middle-order bat in the 50-over format, didn’t get a chance to bat in the first ODI and rightly promoted himself to open in the second encounter. However, he was trapped plumb in front by Victor Nyauchi for just 1. With India batting first in the final ODI, the right-hander had a better opportunity to build his innings, but never looked comfortable in the middle.

Rahul crawled to 30 off 46 before dragging one of Brad Evans’ deliveries back onto the stumps. As expected, he looked rusty throughout his stay in the middle and the team management would now hope that he returns back to his best in the Asia Cup. In Rahul and Virat Kohli, India have two batters in the top-three who are struggling for runs and this could prove to be a major concern for the Men in Blue ahead of the two upcoming big events.

Gill is tailor-made for ODIs 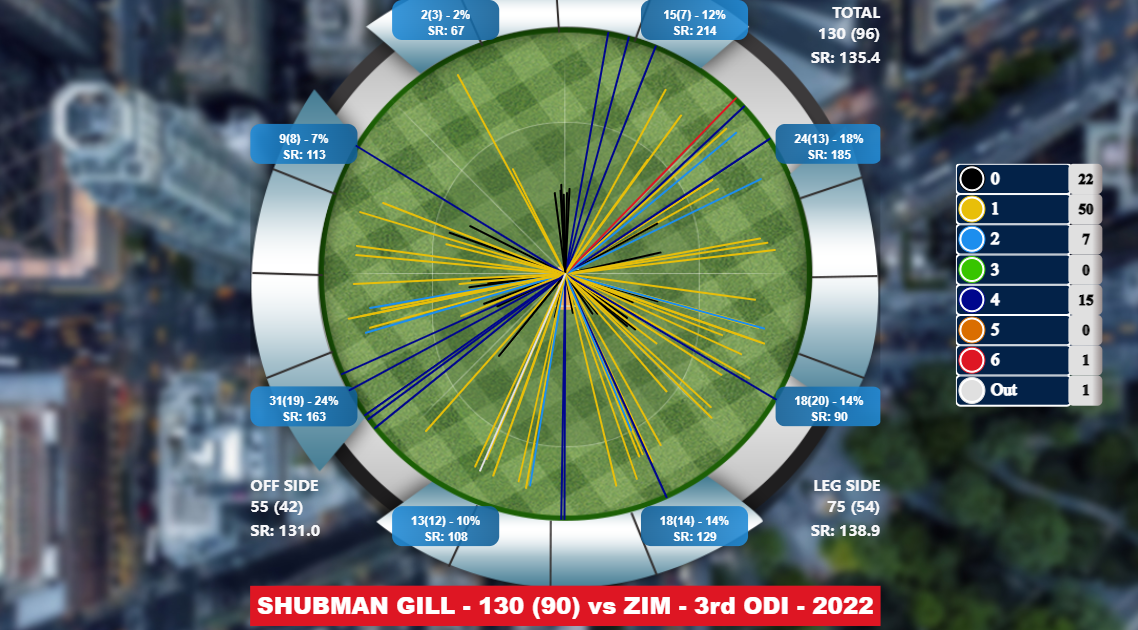 Shubman Gill and the 50-over format are a match made in heaven! The flamboyant youngster from Punjab is yet to stamp his authority in Test cricket, while his strike rate in the T20s will always raise question marks. However, you see him bat in the 50-over format and everything about him and his approach seems perfect.

Prior to this encounter, the 22-year-old had seven fifties in international cricket but was yet to touch the triple-figure mark. He missed out on a century by just two runs in West Indies, while didn’t have enough runs in the first ODI against Zimbabwe to reach the landmark, but such wasn’t the case on Monday. Gill scored 15 fours and a six in his 97-ball 130 - the highest ODI score by an Indian in Zimbabwe - and completed his maiden international ton.

The likes of Shikhar Dhawan (58.82), Rahul (65.22) and Ishan Kishan (81.97) all operated at a below-par strike rate but Gill looked in perfect touch from the word go. Apart from Sikandar Raza (18 off 24 balls), his strike rate against every other Zimbabwean bowler was above 125. No matter what length Zimbabwe seamers bowled, Gill had little trouble finding the boundary ropes.

All the focus in the next few months is going to be on the T20 format but once the showpiece event in Australia is over, the team management will have to start thinking about the 2023 ODI World Cup. As of now, Dhawan and Rohit Sharma are the incumbent openers but it would be challenging for the management to ignore Gill with the kind of numbers he is putting up. Gill ended the series with a strike rate of above 120, while Dhawan operated at just 76.23. Gill’s versatility makes him an exciting option and that will put Dhawan under a bit of pressure.

If not for these two, Zimbabwe would have once again surrendered their weapons pretty quickly. Both Raza and Evans first emerged as Zimbabwe’s best bowlers and then put on a 104-run stand for the eighth wicket to almost snatch the game away from India. Evans (5/54) became only the third Zimbabwe bowler to pick up a five-wicket haul against India in the 50-over format, while Raza didn’t take a wicket but conceded only 39 runs in 10 overs. 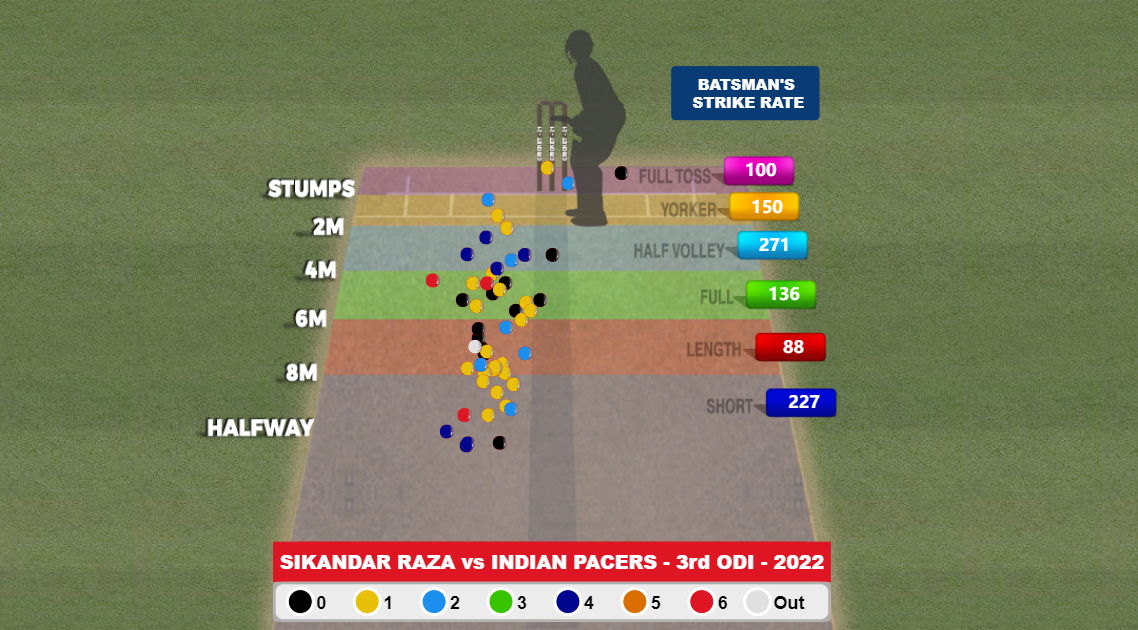 Zimbabwe chased down two 290-plus targets against Bangladesh but hunting down 290 against India was always going to be a massive task. The hosts were reduced to 169/7 by the end of the 36th over and it looked like they would get folded pretty quickly, but that’s when Raza and Evans joined hands and kept the pressure on India. As expected, Evans (36-ball 28) played the second fiddle and allowed Raza to dictate terms.

The 36-year-old, who has been in stunning form this year, failed to contribute in the first two ODIs but made up for it by smashing his sixth ODI century. The right-hander smoked nine fours and three maximums in his 95-ball 115 and was helped immensely by some ordinary fast bowling. The likes of Avesh, Shardul Thakur and Chahar bowled way too many full-length deliveries and Raza made them pay.

In 12 ODIs in 2022, Raza has amassed 615 runs at an average of 61.5. He has three centuries in his last six innings and all of them have come in big run chases. While batting at five or lower in a run chase, no other batter has more centuries than Raza in a calendar year. Zimbabwe needed 15 off nine deliveries when he perished to Thakur, and only then Rahul and Co. could breathe a sigh of relief.