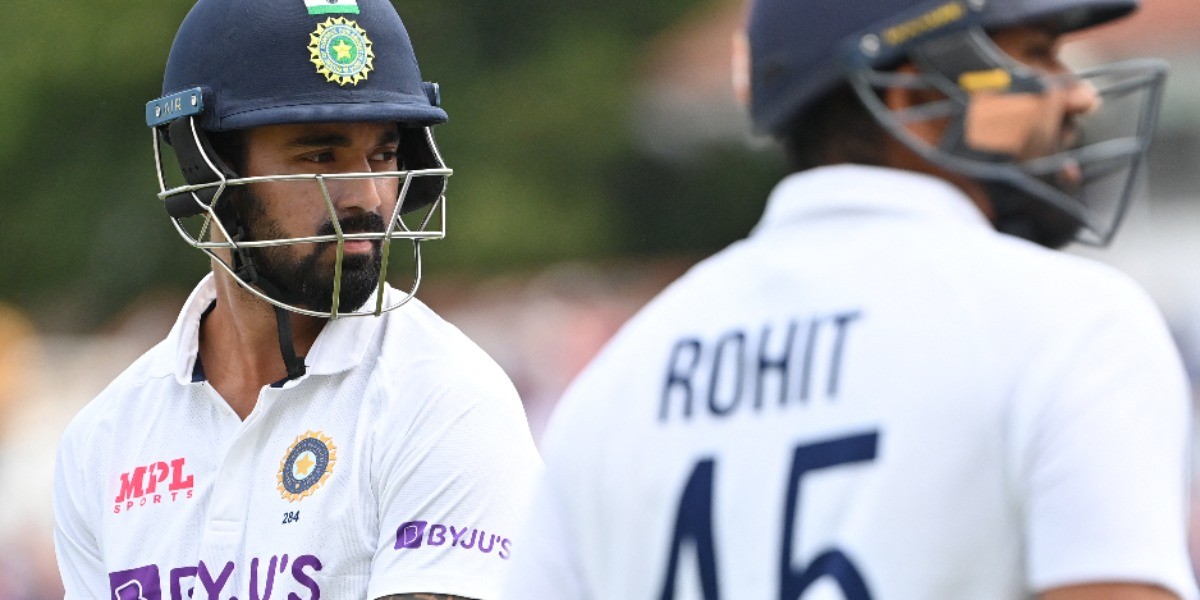 Former England captain David Gower said KL Rahul looked a lot more "organised and disciplined" in the first Test at Trent Bridge than he did during the 2018 tour. The 29-year-old from Karnataka had to open the innings after his best friend Mayank Agarwal was ruled out of the opening Test of the five-match series with a head injury. Rahul pounced on this opportunity with both hands and managed scores of 84 and 26 in difficult conditions.

It was pretty evident that Rahul had made some tweaks to his batting stance - lower backlift, bat over off stump, almost hidden behind his pad, and playing most of the deliveries close to his body - and all of these worked out decently for the opener.

"The key to batting on this surface was accepting the fact that you will get many deliveries that will beat the bat. There was plenty going on and any bowler would have fancied their chances on that surface. Especially as an opener you are always on the firing line. But as a batsman, you have to keep your own self-belief and I think that's what Rahul did very well," the 64-year-old said on Cricket.com’s show 'The English Summer with David Gower'.

"He looked very organised and disciplined on deliveries he was trying to play and you needed some luck to survive on that pitch. Not to get down and think you are playing badly when the conditions are favouring the bowlers, I think that's one of the things he did exceptionally well.

"Just look at the way he built that innings. He has plenty of time to play. One of the great things about starting a series well is that it gives you confidence. You come into the side, get a chance... but Rahul has that experience and has played in all three formats of the game."

"Both were impressive for different reasons. Anderson has a huge long record behind him and the one question he would absolutely be sick of is people asking him "how much longer can he go on for?" When you pick up two wickets in two balls and the second one is Virat Kohli, it means you have had a good day.

"Anderson keeps his emotions under the radar and you could tell that wicket of Kohli meant a lot to him. In the previous series, Virat played well and Jimmy couldn't get him. So, to get him first ball, strike first blood, that's an important thing to do at the start of the series. Though we know Virat will bounce back.

"For Robinson, he is becoming Joe Root's go-to man. It's a nice story purely in cricketing terms because here is someone who was a bit of a wild child, as we all know. He has taken a long time to understand his game but has been consistent in the last two-three years. And, that's what the national selectors want to see. He has bowled consistently well in his first two Tests. He is not quick but has that height and also has the ability to hit that right line and length on a consistent basis.

"Robinson has already sent a message to Root and everyone that he has the required qualities that will make him a very decent bowler at this level. I think Root will be looking at him before Stuart Broad. You can bowl as well as you like but you don't always pick up wickets. But, if you are applying pressure, maybe the next guy will take those wickets and Robinson is slowly developing as that kind of a bowler. He has been through a lot off the field and this performance will do wonders for him."