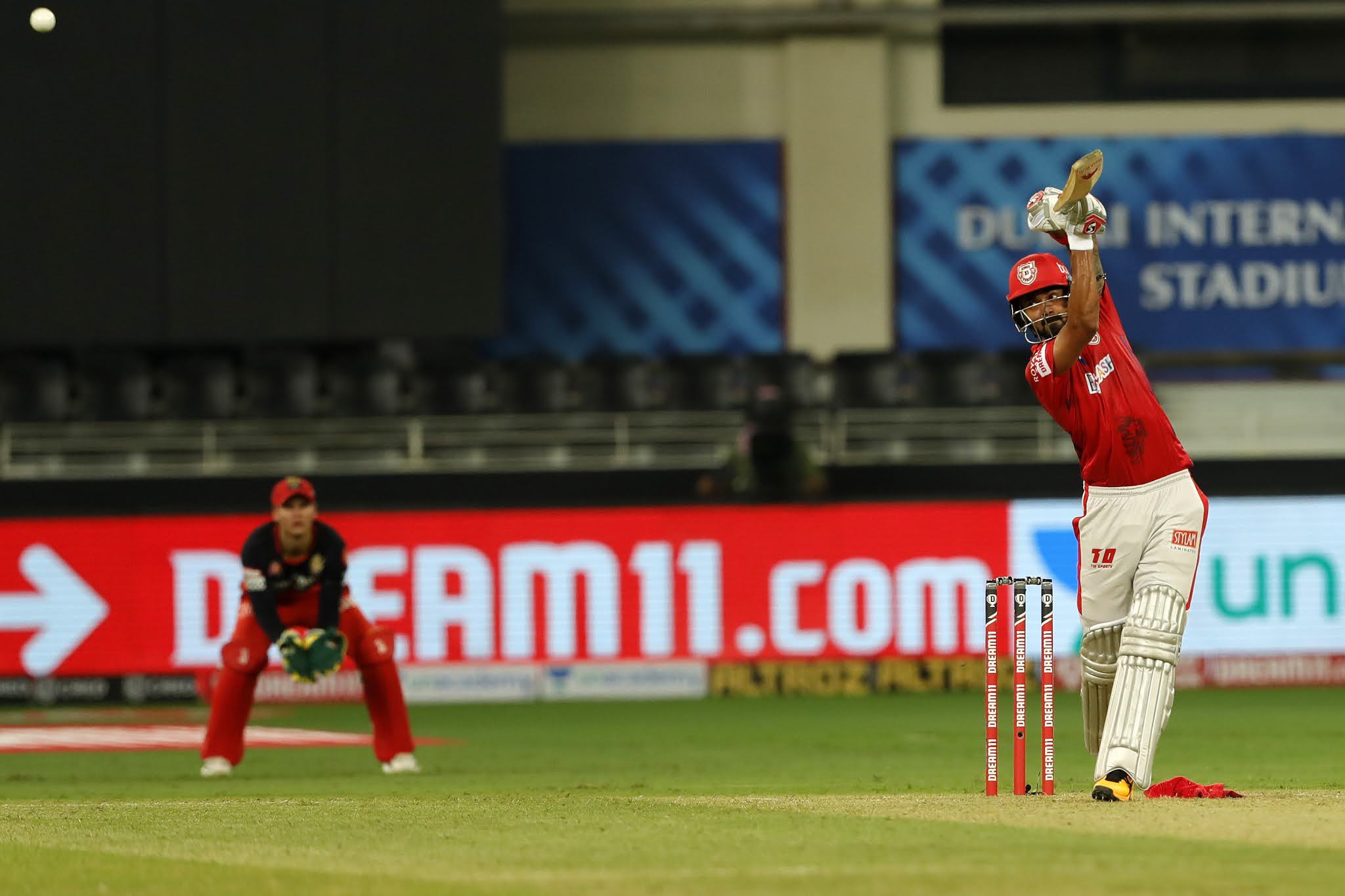 Both Rajasthan Royals (RR) and Kings XI Punjab (KXIP) are coming into this match on the back of victories. While the Royals got the better of Chennai Super Kings (CSK) in a high-scoring game, Kings XI bounced back from the heart-breaking loss against Delhi Capitals and secured a huge win against Royal Challengers Bangalore (RCB).

Rajasthan and Punjab have met 19 times in the Indian Premier League (IPL), with the 2008 champions having a slight edge – 10 wins to KXIP’s nine. Recently, though, the team from Punjab have had won the upper hand in this fixture, winning four out of the last five. 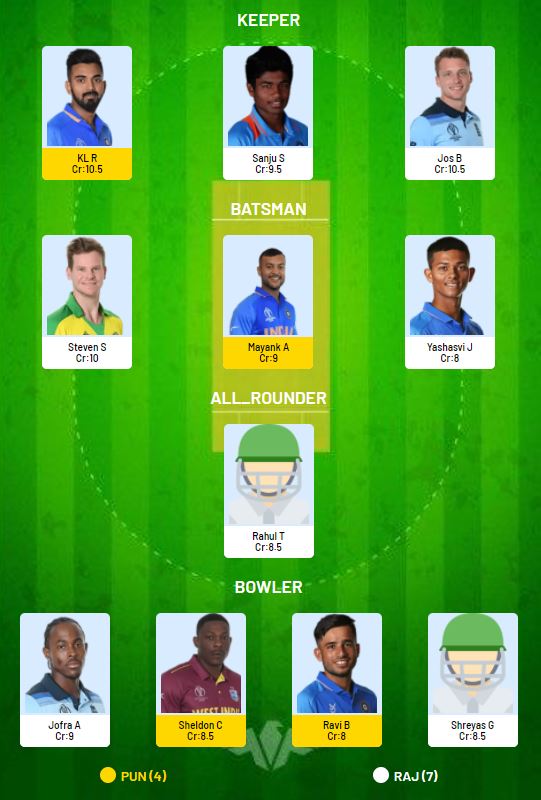 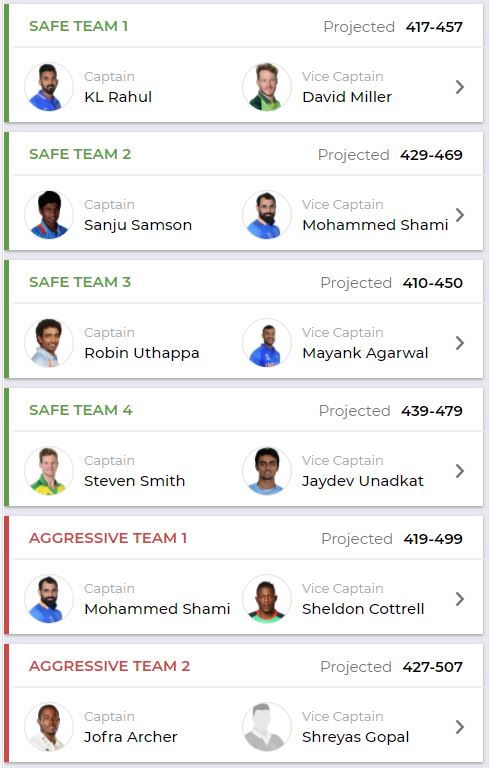 This will be the second match of the season at the Sharjah Cricket Stadium. It does seem that this venue will be the best from a batting viewpoint, especially because of its shorter boundaries. In the first game held here, both RR and CSK scored 200 or more in their respective innings.

This has been the case since 2018 too – the batting average (24.1) and run-rate (8.1) during this period in Sharjah is higher than it is at the other two venues that are hosting matches during the 2020 IPL.

From a bowling perspective, a strike rate of 17.8 isn’t bad. In Tuesday’s match between Rajasthan and Chennai here, despite the big totals, 13 wickets fell. So, there should be points to be had for both batsmen and bowlers here.

While the Royals have already played here once this season, this will be Kings XI’s first match in Sharjah after having played in Dubai twice. 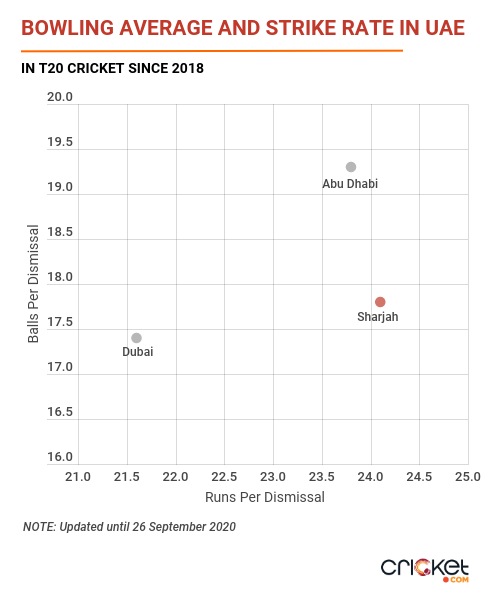 In Tuesday’s match, pacers took seven wickets while spinners took five. While Chennai’s spinners were expensive, Royals leg-spinner Rahul Tewatia impressed with a three-wicket haul. On the other hand, Sam Curran was the pick of the CSK bowlers, but the left-arm pacer wasn’t able to control the flow of runs.

Hence, based on that, it’s a bit difficult to say which type of bowlers are suited to find more success on this ground.

Since 2018, pacers have been more expensive but have enjoyed a better strike rate (17.8 vs 21.6) on this ground compared to spinners in T20 cricket. During the same period, the quicker bowlers have bowled over 60% of the overs and taken nearly two-thirds of the wickets to fall in Sharjah.

With Jos Buttler set to play, it’ll be interesting to see who makes way for him and how that impacts RR’s batting order and tactics. On the other hand, with the conditions here likely to favour batting, KXIP might be tempted to include Chris Gayle in their playing eleven. 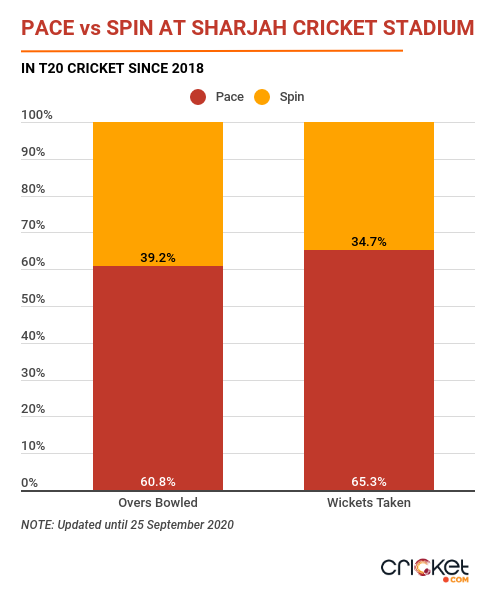 Jos Buttler’s availability will be a huge boost to RR ahead of this match. If he opens the batting as he is expected to do in this game, he will be up against Mohammed Shami – a bowler who has dismissed him twice in 16 deliveries in T20 cricket so far. Shami will be high on confidence after good performances in KXIP’s first two matches of the season and this should be a riveting contest. 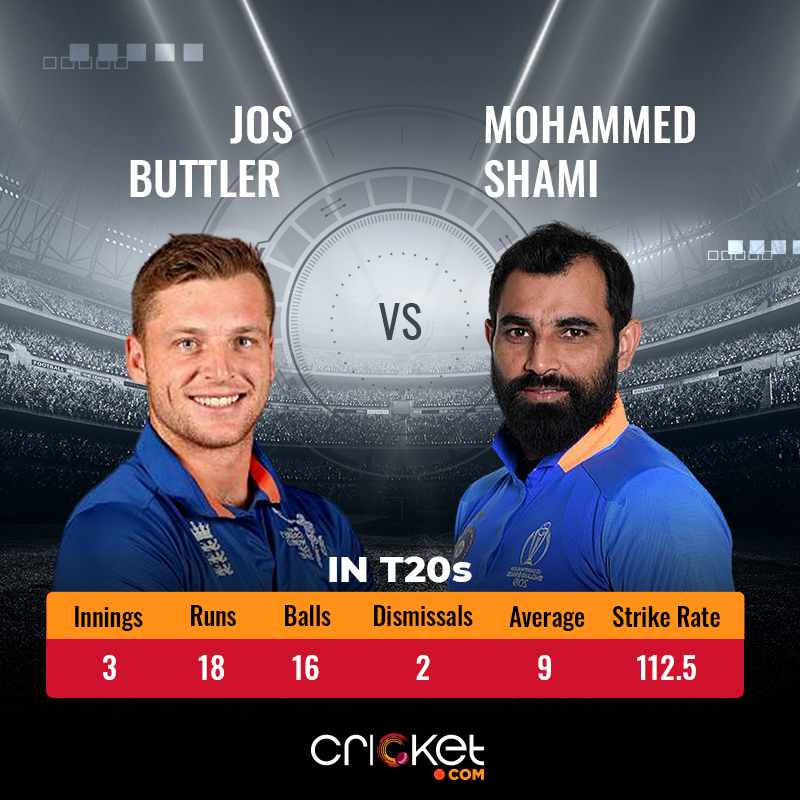 Kings XI’s best batsman against Royals’ best bowler – KL Rahul facing up to Jofra Archer should be a cracking match-up. After watching how Rahul performed against RCB, RR will be looking to not allow Rahul much time at the crease and Archer will be expected to play a key role in stopping the KXIP skipper. Rahul, though, has done well against Archer in T20 cricket so far as the numbers below show. 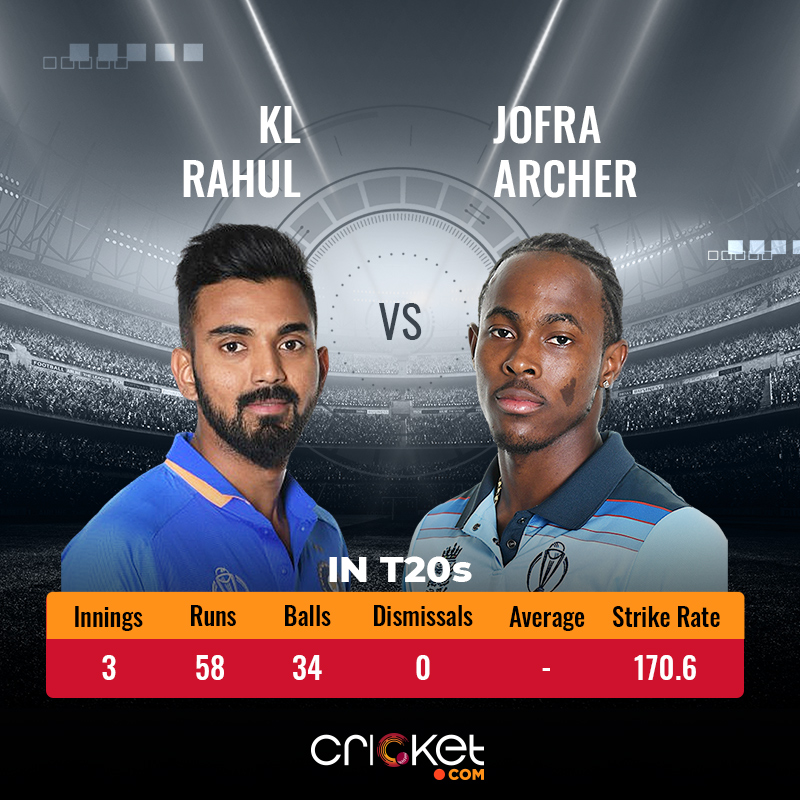 While Shreyas Gopal hasn’t dismissed Rahul in T20 cricket, he has restricted the flow of runs in the 19 deliveries he has bowled to his Karnataka teammate thus far. Last season, when Rahul scored a fifty against RR in Mohali, he managed to score just nine runs from 12 balls against Gopal and did not hit a single boundary. 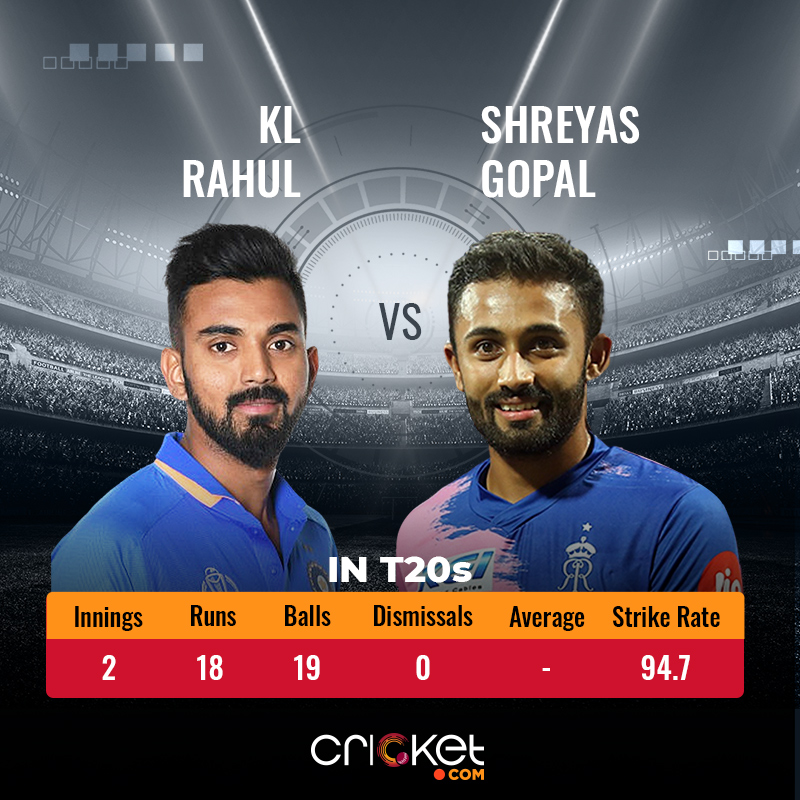 KL Rahul has been sensational in the IPL since he joined KXIP in 2018 and he was on top of his game against RCB – notching up an unbeaten 132, the highest score in an innings by an Indian batsman in IPL history. Since 2018, no-one has scored more runs (1405) in the IPL than Rahul and he has done so at an amazing average of 58.5 and strike rate of 149.2. He was among the top three run-scorers in the league in 2018 and ’19 which speaks volumes about his consistency.

Jos Buttler is without doubt one of the best batsmen in limited-overs cricket at the moment. He performed brilliantly as an opener in the T20Is against Australia recently, scoring 121 runs in two innings. He has been quite superb in the IPL as well since he joined RR in 2018. Across 21 innings, Buttler has scored 859 runs at a superb average of 47.7 and strike rate of 153.9 for the Royals.

Our Criclytics player projector predicts Buttler could score 15-38 runs in this match.

Sheldon Cottrell has proven his wicket-taking ability, with four wickets from two matches so far. One of the main reasons we have selected him over Mohammed Shami is because Cottrell’s credits are 0.5 lesser on FanFight. There isn’t much to choose between the two otherwise. If you don’t pick all of Rahul, Buttler, Sanju Samson and Steve Smith in your team, you might be able to select both Cottrell and Shami as well as Jofra Archer.

Our Criclytics player projector predicts Cottrell could take 1-2 wickets in this match.

As mentioned earlier, with Buttler set to play, it’ll be interesting to see RR’s team combination and batting tactics for this game. Does Yashasvi Jaiswal get dropped? Will Steve Smith drop down the batting order? Based on Sanju Samson’s knock against CSK, you wouldn’t expect him to drop down from the number three spot though. And that innings on Tuesday was so good, that he’s hard to ignore for this game. Samson was at his fluent best, slamming as many as nine sixes in his 32-ball 74.

Our Criclytics player projector predicts could Samson score 13-36 runs in this match.

Another player who you should consider is Rahul Tewatia. Here's IPL-winning captain Gautam Gambhir explaining why.