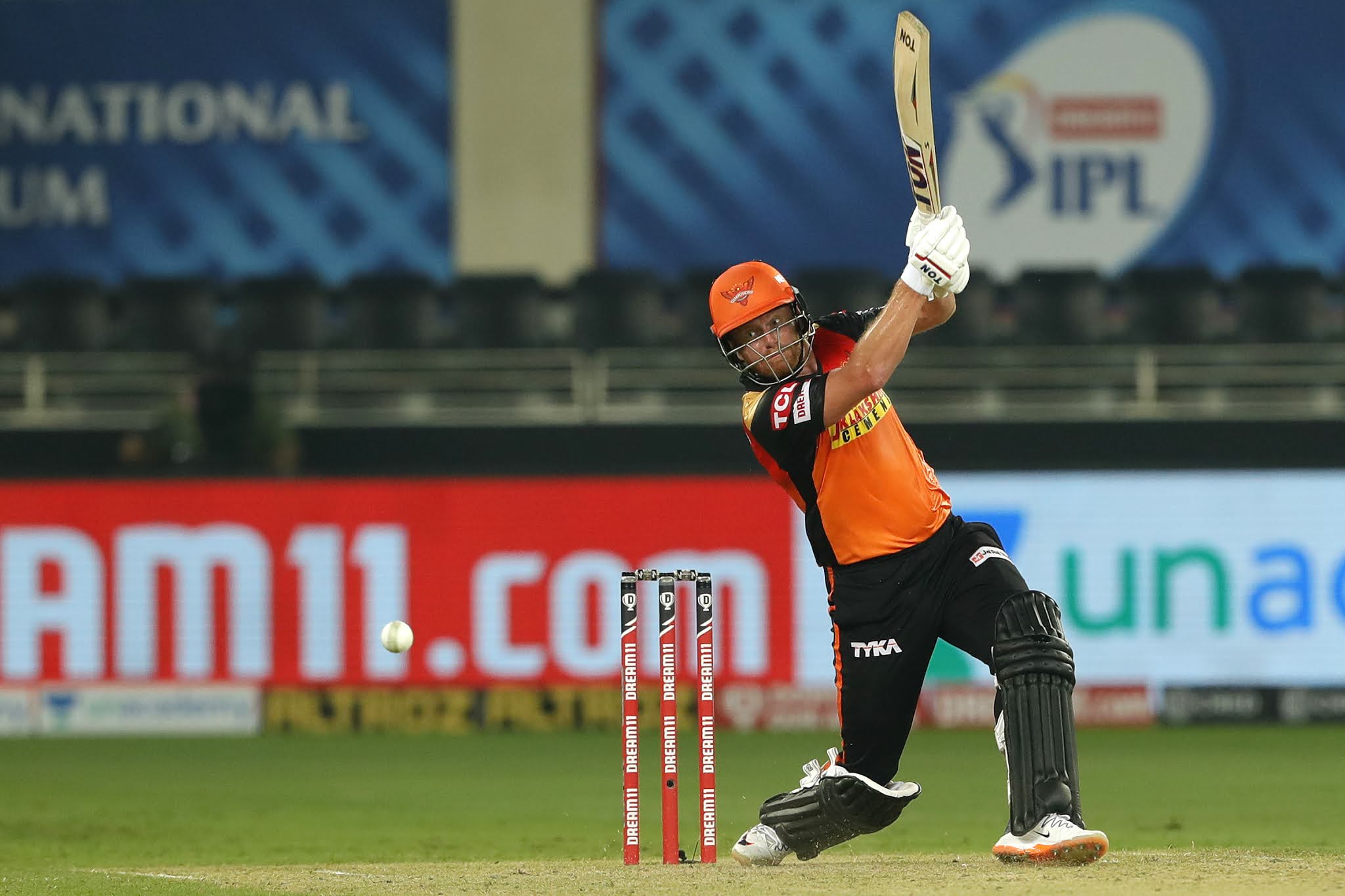 From the current scenario, it’ll take a solid effort from either Rajasthan Royals (RR) or Sunrisers Hyderabad (SRH) to break into the top four. While Rajasthan have eight points from 10 matches, Hyderabad have six points having played one game lesser.

When the two teams met earlier in the season, a superb partnership between Riyan Parag and Rahul Tewatia saw the Royals win by five wickets in a match where they seemed to be playing catch-up for a fair while.

There’s nothing to separate the sides when it comes to overall head-to-head record in the Indian Premier League (IPL), with both defeating the other six times each so far. SRH have won three out of the last five encounters against RR though. 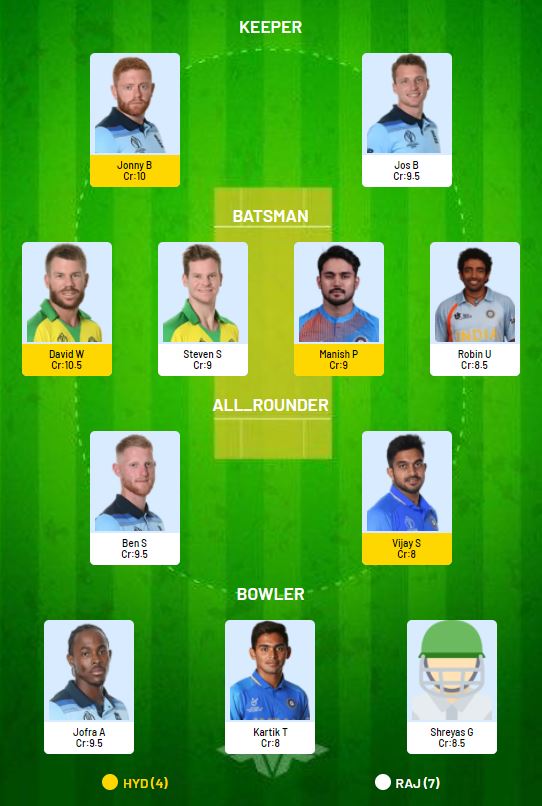 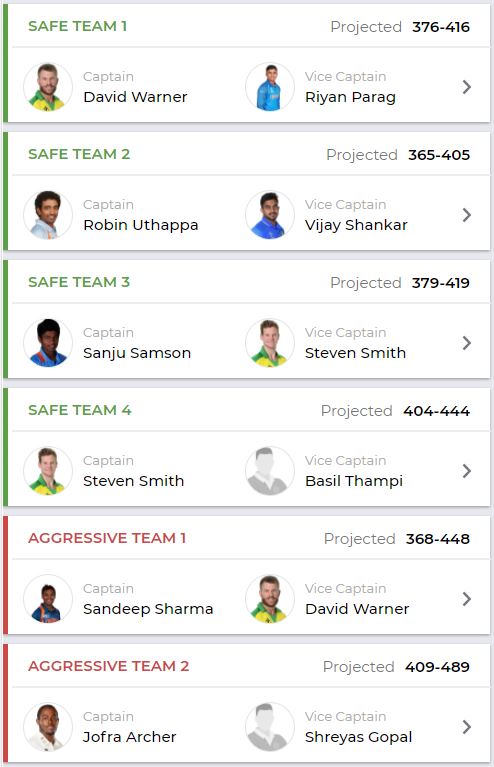 This will be the 18th match of the season at the Dubai International Cricket Stadium. In 17 games held at this venue in IPL 2020, teams batting first have been dominant, winning 12 of those contests. Both teams should be well acclimatised to the conditions, having played a few matches here already.

The average first innings total in Dubai across the 16 games has been 176, which is higher than Abu Dhabi (158) but greatly lower than Sharjah (200) this season. 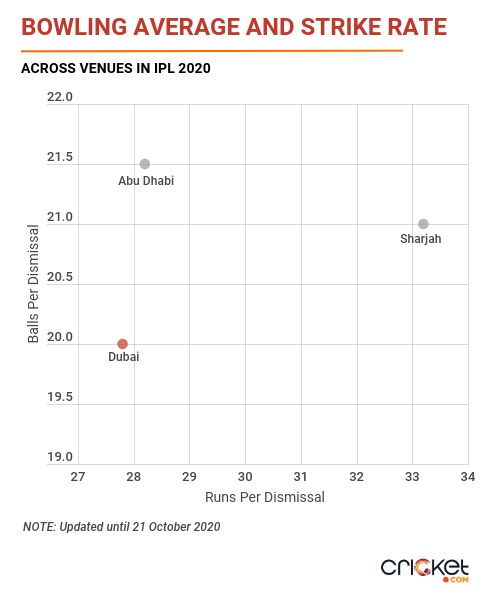 In the 17 matches in Dubai this season, pacers have taken 118 wickets while spinners have accounted for 65 dismissals. While the faster bowlers have bowled 61.2% of the deliveries, they have taken 64.5% of the wickets. 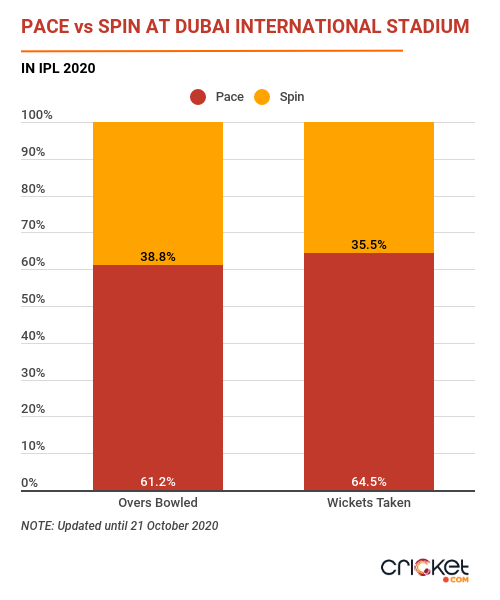 This could be an interesting contest at the start of RR’s innings as Robin Uthappa will be attempting to have an aggressive approach against Sandeep Sharma who will look to stick to a good line and length. Sandeep has dismissed Uthappa just once in T20 cricket so far, with the latter maintaining a batting strike rate of 127.3. 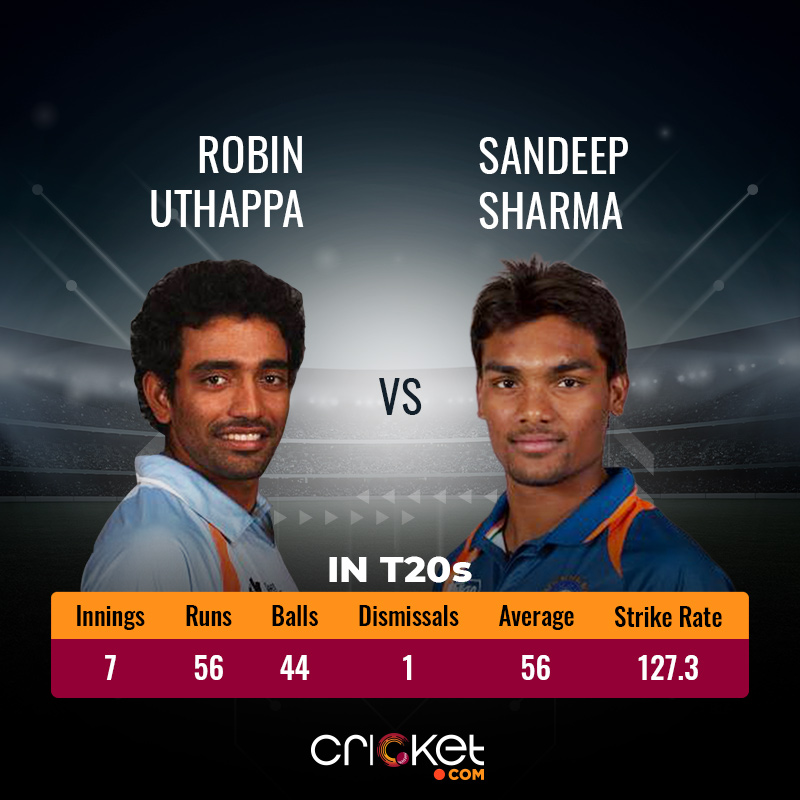 Jos Buttler played a stunning innings to guide RR to victory against Chennai Super Kings (CSK) on Monday. On Thursday, though, Buttler will be up against Rashid Khan – a bowler against whom he has struggled in the past. Rashid has bowled just 10 deliveries to Buttler in T20 cricket and dismissed him four times already. 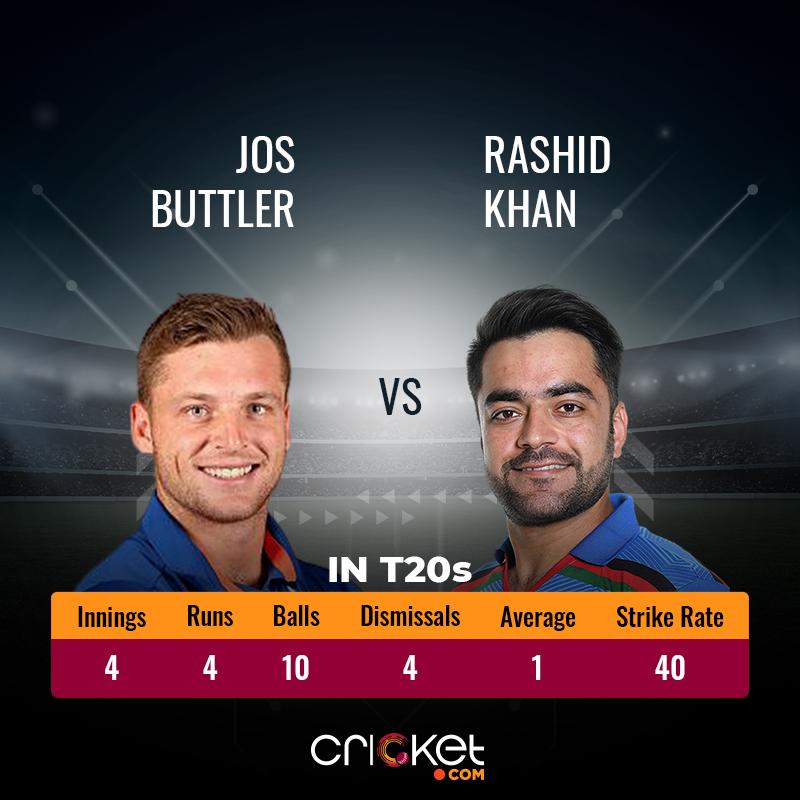 David Warner has had his struggles against Jofra Archer in international cricket in recent times. That carried on to IPL 2020 too as Archer got the better of Warner when the duo faced each other in the reverse fixture. Across all T20 cricket, Warner has been dismissed thrice and has a subpar strike rate of 85.2 against Archer till date. 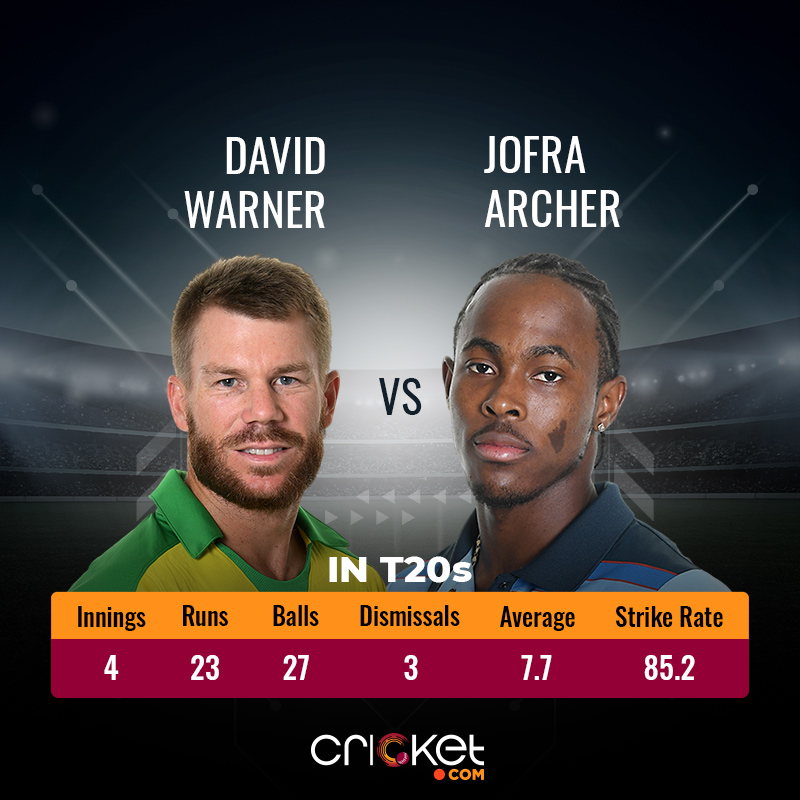 Manish Pandey has usually had the responsibility of playing through the middle overs for SRH this season. This could see him coming up against Shreyas Gopal during that period of the innings. The two Karnataka team-mates have faced each other thrice so far in T20 cricket, with Gopal getting the wicket of Pandey on two of those occasions. 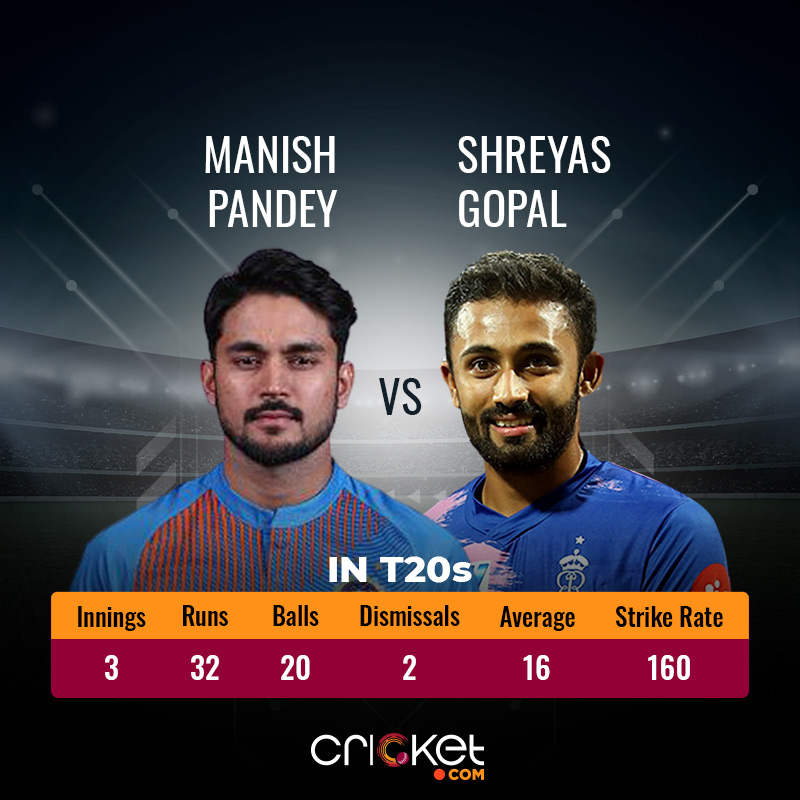 There were a few changes in the SRH batting line-up in the last game. Despite the changes, Jonny Bairstow still opened the innings and scored 36. In IPL 2020, Bairstow has scored 316 runs at an average of 35.1, including three 50+ knocks. He could score some important points with his wicket-keeping as well. Bairstow is currently the safer pick, but if there’s an indication that Warner will open the innings, then you could look at him as an option for captaincy too.

Our Criclytics player projector predicts Bairstow could score 14-37 runs in this match.

Ben Stokes has got off to starts but hasn’t made a big score yet in IPL 2020. But as an opening batsman, there is potential for him to make a telling contribution with the bat soon. From a fantasy perspective, the fact that Stokes bowled three overs against CSK was an encouraging sign. Allrounders are always great options in fantasy cricket and Stokes is one of the very best.

Our Criclytics player projector predicts Stokes could score 13-36 runs and could take 0-1 wickets in this match.

Interestingly, two-time IPL-winning captain Gautam Gambhir has selected Stokes as his captain for this match and Bairstow as his vice-captain. Here's his team.

While David Warner hasn’t reached the great heights of his previous few seasons in the IPL, he is still getting runs on the board this time around. He has scored 331 runs at an average of 41.4 so far this season, with 25+ scores in seven out of nine innings. As mentioned earlier, we would have seriously considered him for captaincy but went with Bairstow because Warner didn’t open in the previous game which was later revealed to be because of an injury to Kane Williamson.

According to Criclytics, the Most Valuable Player of the season so far has been Jofra Archer. The Royals pacer has been brilliant with the ball in IPL 2020, taking 13 wickets at a strike rate of 18.3. He has been incredibly consistent as well, taking at least one wicket in eight out of 10 matches so far. He has also made some useful contributions with the bat this season, which is an added bonus for someone who is listed as a bowler in fantasy cricket.