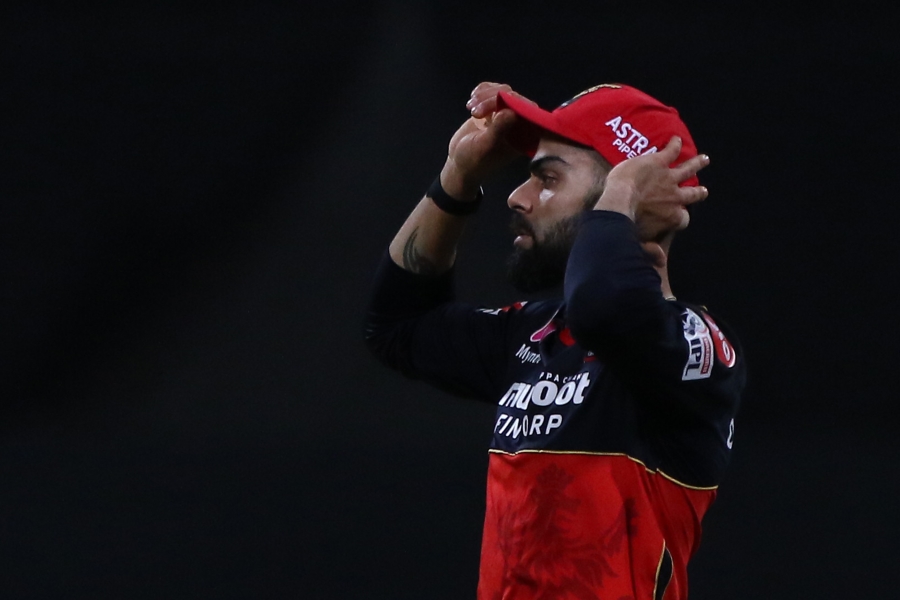 PTI
RCB played good enough cricket to earn a playoff spot: Kohli
RCB will have to wait and watch who they face -- Sunrisers Hyderabad or Kolkata Knight Riders -- in the eliminator

Skipper Virat Kohli on Monday insisted Royal Challengers Bangalore deserved a qualification spot in the Indian Premier League playoffs and said his team would make full use of the opportunity. RCB slumped to their fourth defeat on the trot after losing to Delhi Capitals by six wickets. Despite the reverse, Kohli and his men secured a playoff berth, largely because of their performance in the first half of the tournament.

"It's a mixed bag. As I said at the toss, you come to games to try and get the result your way," Kohli said at the post match presentation. "We are happy that we've qualified. Top two would've been really nice. But I think we've played good enough cricket to earn a qualification spot," he added.

RCB will have to wait and watch who they face -- Sunrisers Hyderabad or Kolkata Knight Riders -- in the eliminator. "You could say just before the qualification, the mindset was a little bit tentative. We've got two games to reach the final. "We have a shot, an opportunity and that's all we want as a team. I'm sure the guys will be excited about what's ahead for us. We can be more more brave with the bat in pockets."

The skipper said the team just has to focus on its strengths to win matches. "With the ball, we were decent, probably we could have a strong powerplay which is our strength. "If we implement those things, we'll be at the right end of the result. It's important to stay positive. There are going to be learnings along the way, but we are glad that we are through."

Asked about injured pacer Navdeep Saini and all-rounder Chris Morris, who walked off the field after bowling just two overs, the skipper said the duo will have to be assessed. "We'll have to asses what's happening, hopefully they'll be fine by the time we play our next game. And see how they go in the next few days."

Delhi Capitals skipper Shreyas Iyer was delighted to get back to winning ways after a two-week barren run. "Very chuffed with the performance. We knew it was a do-or-die and an opportunity for us to get to the second spot. We were really motivated," Iyer said.

With the win over RCB, the Capitals snapped a four-match losing streak while also assuring themselves the second spot on the points table, which will give them two shots to reach the finals. "The teams winning in the latter half completely changed the scenario of the table and it was really commendable. Really happy with how the tournament has gone so far," Iyer said.

He lauded the performance of his bowlers who laid the base for Delhi's win.

"The bowlers were really up with their plans and they knew what they had to execute. Nortje was really good and it worked out pretty well. "Kudos to the way the bowlers bowled. We are one of the best teams in the tournament and we need to stick to the basics and if we try and execute our plans, the results will come."