Rehan Ahmed in line for potential Test debut in Karachi 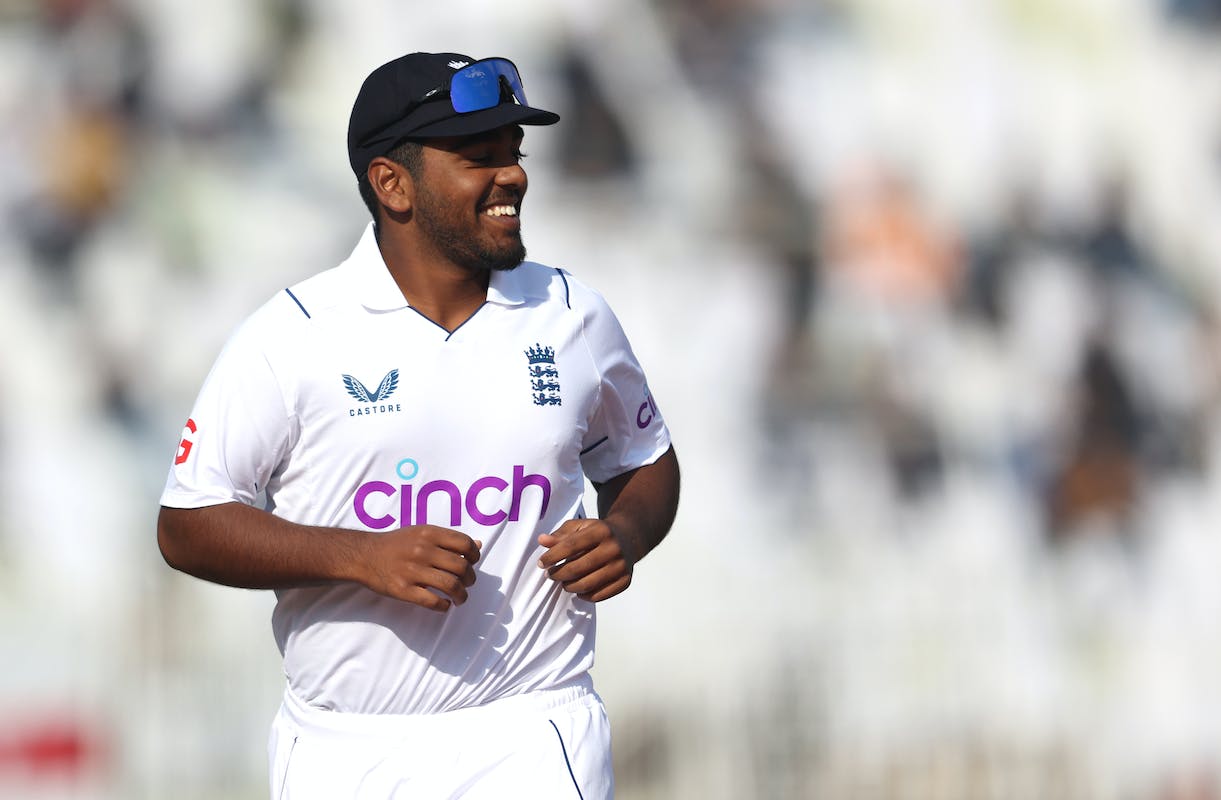 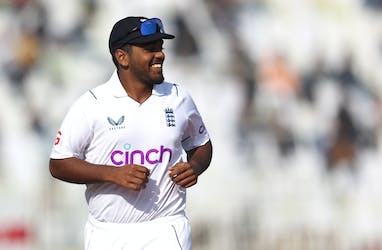 Rehan Ahmed in line for potential Test debut in Karachi

If the leg spinner features in the playing XI for the third game, he will be the youngest men's player to play Test cricket for England

Ben Stokes, the skipper of the England side, revealed that the Three Lions are indeed thinking about handing a potential debut to leg spinner Rehan Ahmed for the third Test against Pakistan in Karachi.

"We've been thinking about it. We can't go into too much detail until me, and Brendon McCullum have had a look at the wicket. When we spoke about having Rehan into the squad, it was more than just bringing him in and integrating him into the squad, Stokes said, as quoted by ESPN Cricinfo.

"We did speak about us having no issues with selecting him if we felt it was the right option. I don't think this is a case of if he was to play of giving caps away. We picked him in the squad not just because of his talent, but because we thought it would be a good opportunity to play if we thought it was necessary," he further added.

The 18-year-old is also more than handy with the bat and most recently smashed 26 off 10 deliveries against the England Lions, and the skipper is still trying to figure out Rehan's stronger suit.

"I'm struggling to work out what he is, whether he's a batter or a legspinner, which is good because it shows how much talent he's got. We got snippets of what he can do with the bat in that warm-up game briefly.

"But having a wrist-spinner is always exciting, especially for England, but it's not getting too carried away with the potential that he has, because he is only young, and you've still got to nurture talent, even how exciting it is," Stokes said.

With England crippled with controversies surrounding Azeem Rafiq and racism, Stokes believes players will be selected on the basis of their skill set.

"Certainly, in my time in the England team, you have been selected on your skills as a cricketer first and foremost. That still should be the way going forward, regardless of your beliefs or what you look like or anything like that. If you're good enough to represent this country, you're going to get picked.

"Players, especially like Rehan, he could be an unbelievable example to set to younger kids who want to come up. But English cricket to me has always been if you're good enough, you're going to get selected, and I don't see it being any different going forward," he concluded.