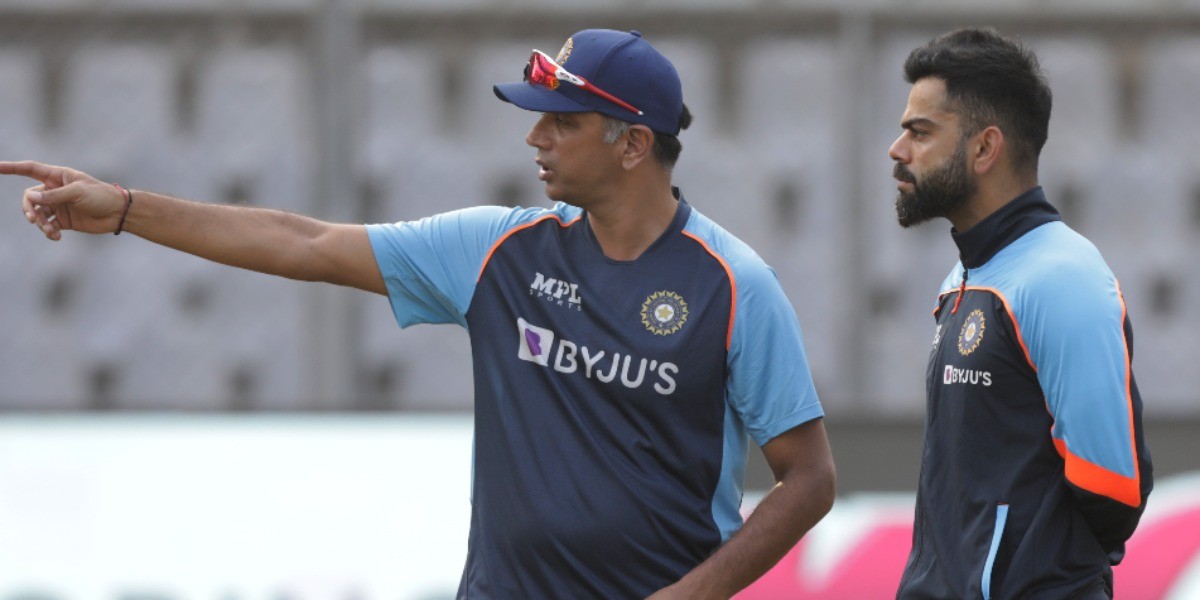 India head coach Rahul Dravid said that the team management and selectors will have a good selection headache as he praised the likes of Mayank Agarwal, Shreyas Iyer, Mohammed Siraj, Axar Patel and Jayant Yadav who made the most of their opportunities in the 1-0 series win against New Zealand.

Agarwal top-scored in the second Test at Mumbai with scores of 150 and 62 while Siraj, who replaced injured Ishant Sharma for the match, claimed 3-19 in the first innings. Shreyas Iyer scored a century and a fifty on his debut in the first Test at Kanpur.

"Great to see the boys stepping up and taking their opportunities. Yes, we were missing a few senior players. Credit to the guys who came in, Jayant had a difficult day yesterday, but learnt from it today. Mayank, Shreyas, Siraj, who doesn't get a lot of opportunities," Dravid said in the post-match presentation.

Spin-bowling allrounder Axar Patel claimed nine wickets in the series and scored 124 runs across four innings which included a fifer and a fifty.

"Axar, great to see his development with the bat in addition to what he can do with the ball. It gives us a lot of options as well, helps us become a stronger side," Dravid added.

Dravid felt that despite the dominant 372-run win in the second Test, India were made to work hard.

"This result seems one-sided, but right through the series, we were made to work hard. There have been phases where we were behind and had to fight back, credit to the team," he said.

The batting legend felt that the young players' performances in the New Zealand series will give the team a selection headache ahead of the South Africa series.

"It's a good [selection] headache to have, see young boys perform well. There's a great desire to do well and everyone's pushing each other. I hope we have more headaches to have, as long as we have clear communication and we explain to the players why, don't see it to be a problem," Dravid said.

After dismissing New Zealand for a paltry 62 in the first innings, India chose to not force a follow-on. Dravid said that it was a conscious decision to give the younger batters more confidence.

"We knew we had a lot of time, didn't think much of the follow-on, also a lot of young batters in the side, so wanted to give them a chance to bat in conditions like these. Knew we may be in such situations in the future where we may have to force pace in tough conditions," he said.

India captain Virat Kohli, who was returned to the side for the second Test, was pleased with the series win after missing out on a win in the first match at Kanpur.

"To come back with a win is a great feeling, returning as the captain it was a clinical performance, something we've seen time and again. You want individuals to step up and guys did that," he said at the post-match presentation.

Kohli was generous in his praise of the pitch at Wankhede for assisting both bowlers and batters.

"We discussed areas we could improve on, it was also a case of the opposition playing out a good draw and pitch not assisting the bowlers on day five like you expect it to. Here the pitch had a bit more, were able to create more pressure, also because there was more pace and bounce. All in all, the pitch at Wankhede provided the opportunity to play good cricket all around," Kohli said.