Returning Harshal should be allowed benefit of doubt, says Suryakumar 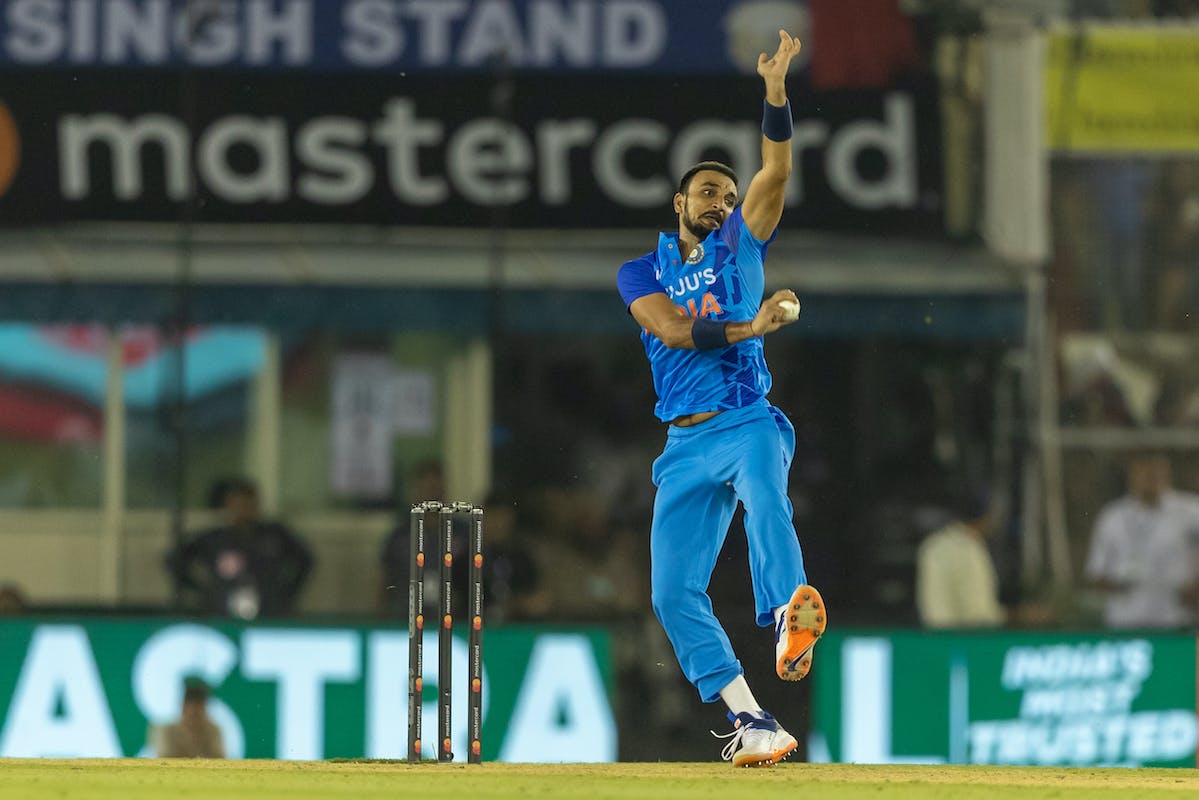 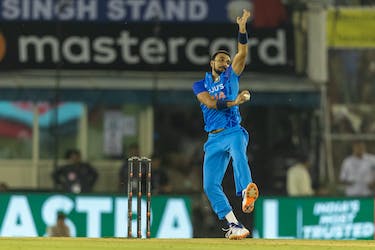 Returning Harshal should be allowed benefit of doubt, says Suryakumar

Star batter Suryakumar Yadav felt that pacer Harshal Patel should be given the benefit of doubt after his return from injury didn't turn out well.

Harshal, who recovered from a side strain, played in the first T20I against Australia at Mohali on Tuesday. He conceded 49 runs from his four overs with no wickets, including a 22-run 18th over which helped Australia get back into the game and chase down 209 with four balls remaining.

Adding to India's woes are the penultimate overs bowled by key pacer Bhuvneshwar Kumar who gave away 17 runs at Mohali. Suryakumar backed the duo, saying that Australia had played better cricket than India.

"He (Harshal) is very deceptive. I don't bat in net sessions much, but as much as I have played him and also Bhuvi (Bhuvneshwar) bhai is also difficult to decipher. But Harshal's slower balls and his different variations are really deceptive and he has just come from an injury, so this much benefit of doubt should be allowed," Suryakumar said ahead of the second T20I in Nagpur on Friday.

The 32-year old said lead pacer Jasprit Bumrah is ready to play the second T20I. Bumrah missed the Asia Cup 2022 due to a back injury and was named in the squad for Australia series and T20 World Cup. Umesh Yadav played the first T20I as captain Rohit Sharma said the management wanted to give Bumrah more time.

"Actually I am not aware of any such communication (Bumrah not playing), it is not my department, you should not ask me about it, these are for physios and team management to answer. But in the team, the environment is good and all are first-class fit and ready for second T20I," Suryakumar said.

Despite their troubles with death bowling, India's aggressive batting approach had produced good results as KL Rahul, Suryakumar and Hardik Pandya's rapid innings took India to 208/6 in 20 overs at Mohali.

"The openers know their role really well and then it comes down to middle order how we need to set up the game of what they have to do so, and it was set up well by the finishers, everything is going on really well and we will look to do it again and again," Suryakumar said, describing their new batting approach.

Having made the No.4 role his own, Suryakumar is ready to bat across the order depending on the situation.

"I'm very flexible, no particular role. Actually plan myself for every situation. I am flexible to bat in anywhere, whichever number I'm asked to bat, I know I just have to do my role and I am happy to do it," he said.