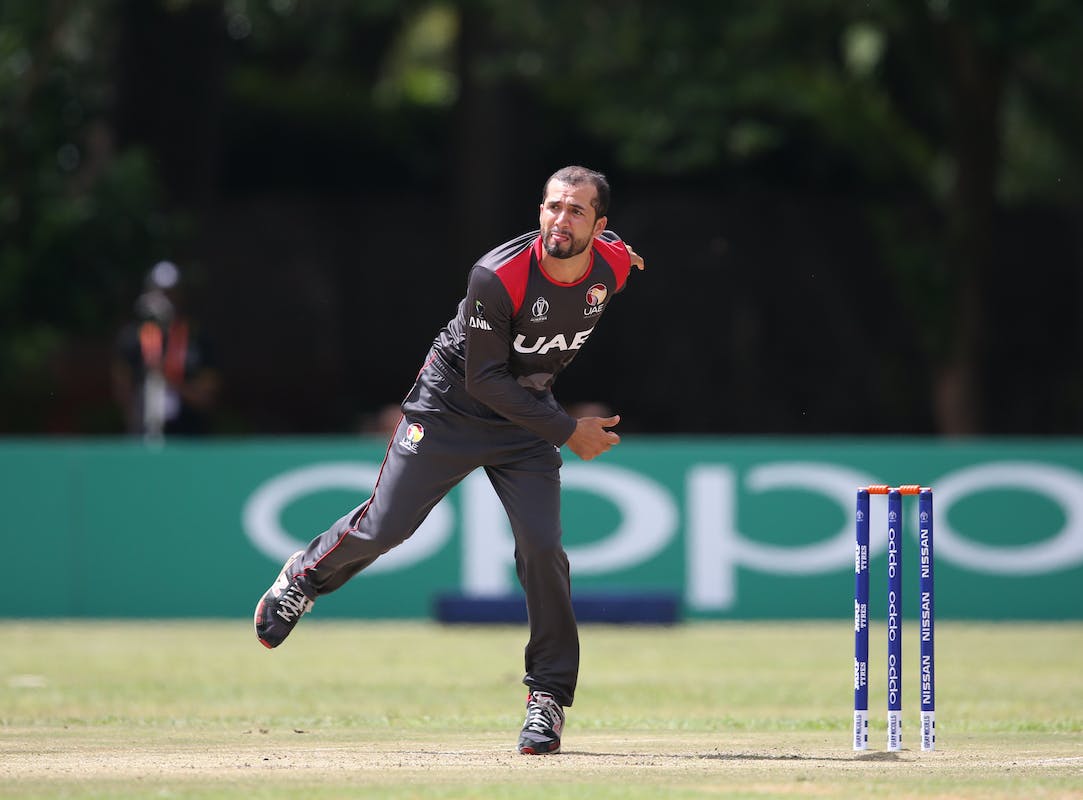 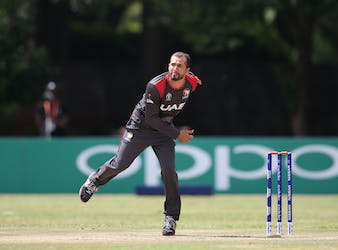 After taking over as T20I captain, CP Rizwan replaces Ahmed Raza as the ODI captain as well.

The United Arab Emirates (UAE) have announced their 15-member squad for their upcoming One-Day International (ODI) series against Nepal. CP Rizwan who was appointed T20 International (T20I) captain ahead of the Asia Cup Qualifiers earlier this year has taken over as the ODI captain with Ahmed Raza making way.

All-rounder Rohan Mustafa, who was surprisingly excluded from the T20 World Cup squad has returned to the team. Since making his debut in 2014, Mustafa has scored 1,107 runs and picked up 56 wickets in the 50-over format for the UAE. He was part of the team, last time UAE played an ODI back in August.

The three-match series will be played at the Tribhuvan University Cricket Ground, Kathmandu from November 14 to 18.

Under Rizwan, UAE competed in the T20 World Cup 2022, where they suffered losses at the hands of Netherlands, Sri Lanka before recording a closely-fought victory over Namibia to see the Eagles crashing out of the tournament.

This series is seen as a preparation for the the next ICC Cricket World Cup League 2, which is one of the pathways for the 50-over World Cup Qualifiers.

“This ODI series with Nepal is yet another opportunity for Emirates Cricket as we look toward to the next ICC Cricket World Cup League 2 match-cycle. We are delighted to bring in young, and energetic new talent into the men’s side and wish them the very best in Nepal," Dr. Tayeb Kamali, Selection Committee Chairman, Emirates Cricket, said.

“We also extend our thanks to the Cricket Association of Nepal for hosting and delivering this ODI series, which very much supports both our sides preparations for a hectic international calendar in 2023.”

UAE currently have 27 points from 26 matches in the tournament and are currently in fourth place behind USA (29), Scotland (40) and Oman (44). The top three teams make it directly to the Qualifiers. He is the second highest run-scorer for UAE, behind Shaiman Anwar. With the ball, he is only behind Ahmed Raza and Zahoor Khan among the leading wicket-takers for the UAE.

UAE have included a few new faces for the ODIs against Nepal including Ashwanth Valthapa, Vishnu Sukumaran, Adithya Shetty - who picked up eight wickets at an economy rate of 4.32 in the recent Under-19 World Cup, and Hazrat Bilal.

UAE Director of cricket Robin Singh feels this is a good opportunity to test out the youth in the side.

“This ODI series will provide this mix of youth and experience with a solid opportunity to test their abilities and perform under differing conditions, under a different environment, and assess our capabilities as a developing team," Robin said.

“We are building a team for the future, and with the Cricket World Cup (2023) qualifying pathway now our focus, it remains our intent to build a team that is committed to not only team-cohesiveness but for the future of Emirates Cricket.”

UAE lost their last three ODIs - two against Scotland and one against USA in Aberdeen in August this year.