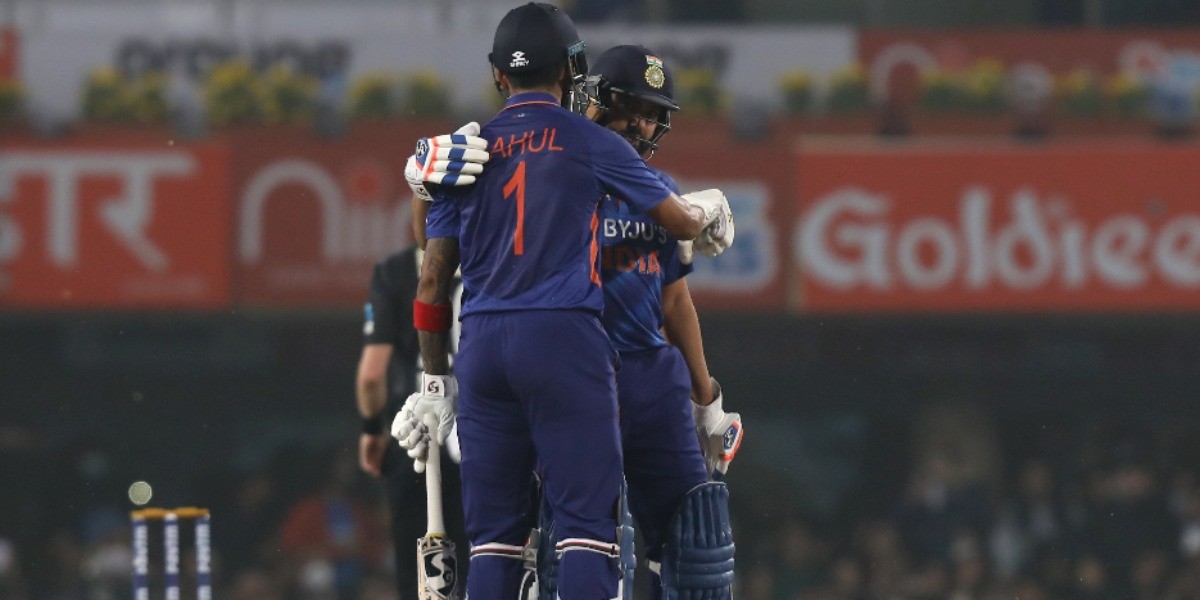 After a torrid run in the ICC T20 World Cup 2021, India made a remarkable comeback in this series as they won their first T20I series under Rahul Dravid as head coach and Rohit Sharma as their new leader. Rohit won the toss once again and had no hesitation in fielding first. New Zealand batter were off to a sensational start as they scored 64 runs inside the powerplay, despite losing Martin Guptill. However, India pulled things back in the middle overs as they conceded only 61 runs and further conceded 28 runs in the death overs to restrict them to 153/6.

In reply, the opening duo of KL Rahul and Rohit cut off 76 percent of the runs, thanks to their 117-run opening partnership. Rahul scored a 49-ball 65, and Rohit scored a 36-ball 55. The pair stitched their fifth consecutive 50+ partnership. Though India lost three wickets, it was just formalities for the rest of the batters, and India won the series by winning this match by seven wickets. Here are a few noteworthy stats from the second T20I.

Guptill at the summit of batters 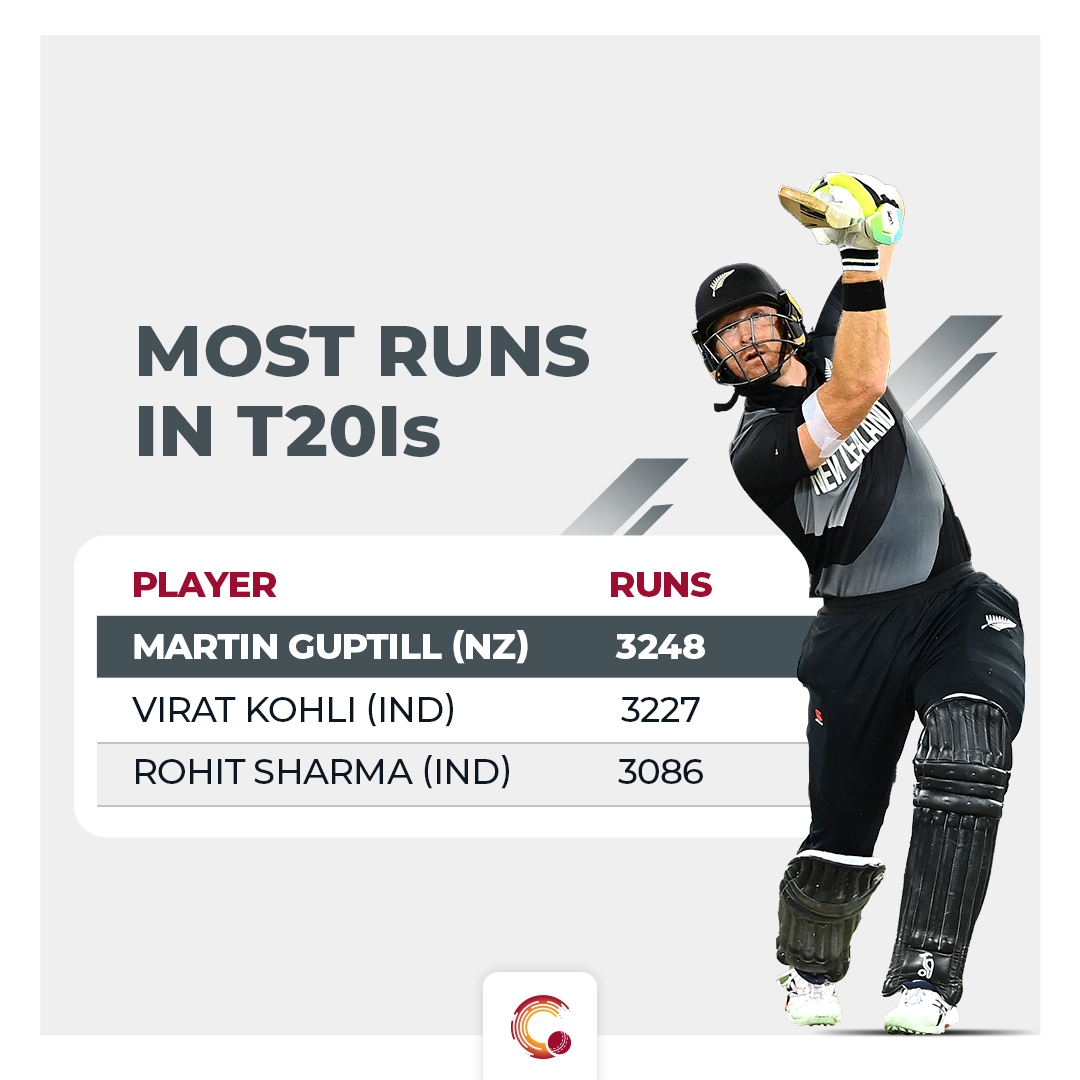 Needing five runs to go past Virat Kohli as the leading run-scorer, Guptill achieved the feat in the first two balls of the match. By virtue of consecutive boundaries in the first two balls, Guptill went past Kohli’s tally of 3227. At the end of his innings, Guptill had accumulated 31 runs and had 3248 runs to his name. He already leads the list of six hitters in T20Is with 161 sixes, the only man to smash 150+ sixes in this format.

Another day, yet another century PS for Rahul-Rohit 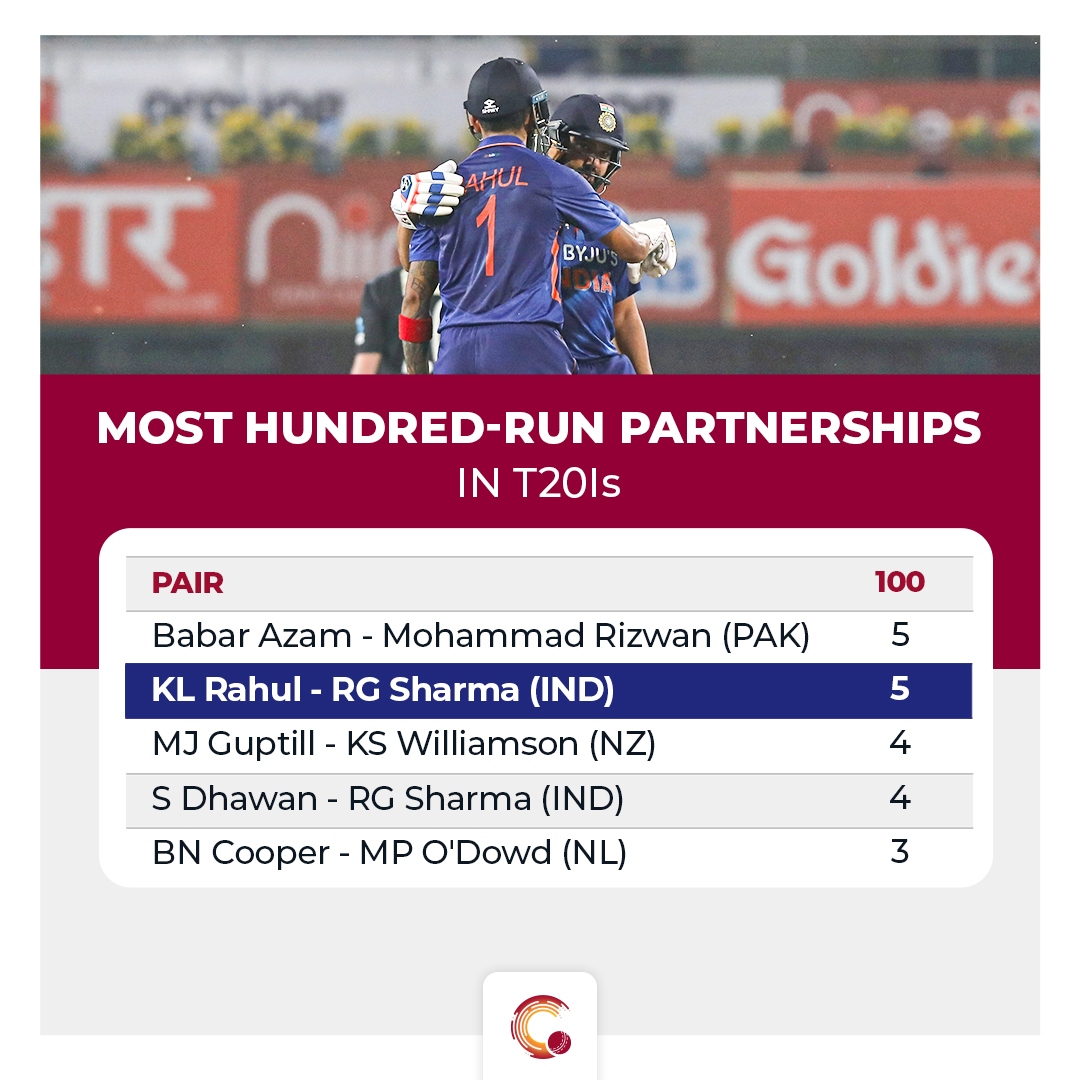 After the omission of Shikhar Dhawan, Rohit at the top needed a stable opener and Rahul was the solution for it. The pair have scored over 1500 runs at an average of 59 in 27 T20I innings. Out of those, 1050 runs have come as openers. India and Australia are the only two countries where two opening partners have registered 1000+ runs in this format. In the second T20I, by registering a century partnership for the fifth time, Rahul-Rohit pair equalled Babar Azam and Mohammad Rizwan for the most century partnership. 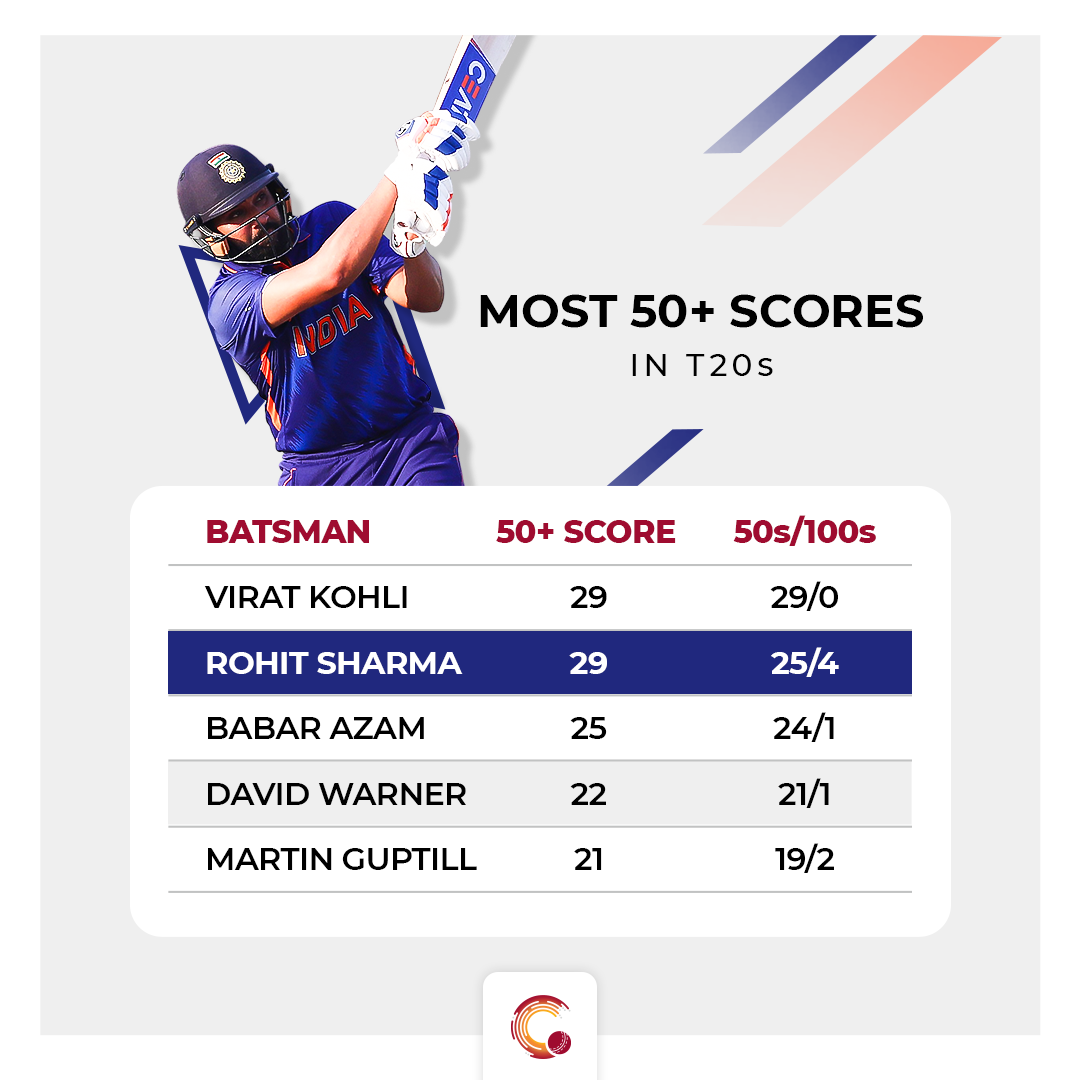 In the first innings, Kohli’s tally of 3227 was surpassed by Guptill. In the second innings, the new commander-in-chief for India in T20Is Rohit equalled Kohli in another significant record. This was Rohit’s 29th 50+ score in T20Is, his 25th half-century, and he has four centuries to go with it. The 29 scores of over fifty are the joint-most for a batsman in this format. To add more, this was his 25th score of over 50 in wins, the first batsman to achieve this feat.

Post the first two matches of the ICC T20 WC, Rahul and Rohit have been unstoppable at the start. Including the three games of the Super’s stage and the two in this series, the duo have forged a 50+ partnership in all five innings. No other Indian pair for any wicket has had more consecutive 50+ stands than these two. Rohit and Kohli from 2014 till 2015 and Yuvraj Singh and Kohli from 2014 till 2016 had four successive 50+ partnerships. Overall, only the pair of Hamilton Masakadza and Vusi Sibanda of Zimbabwe from 2013 till 2016 have had 50+ stands for six consecutive T20I innings.