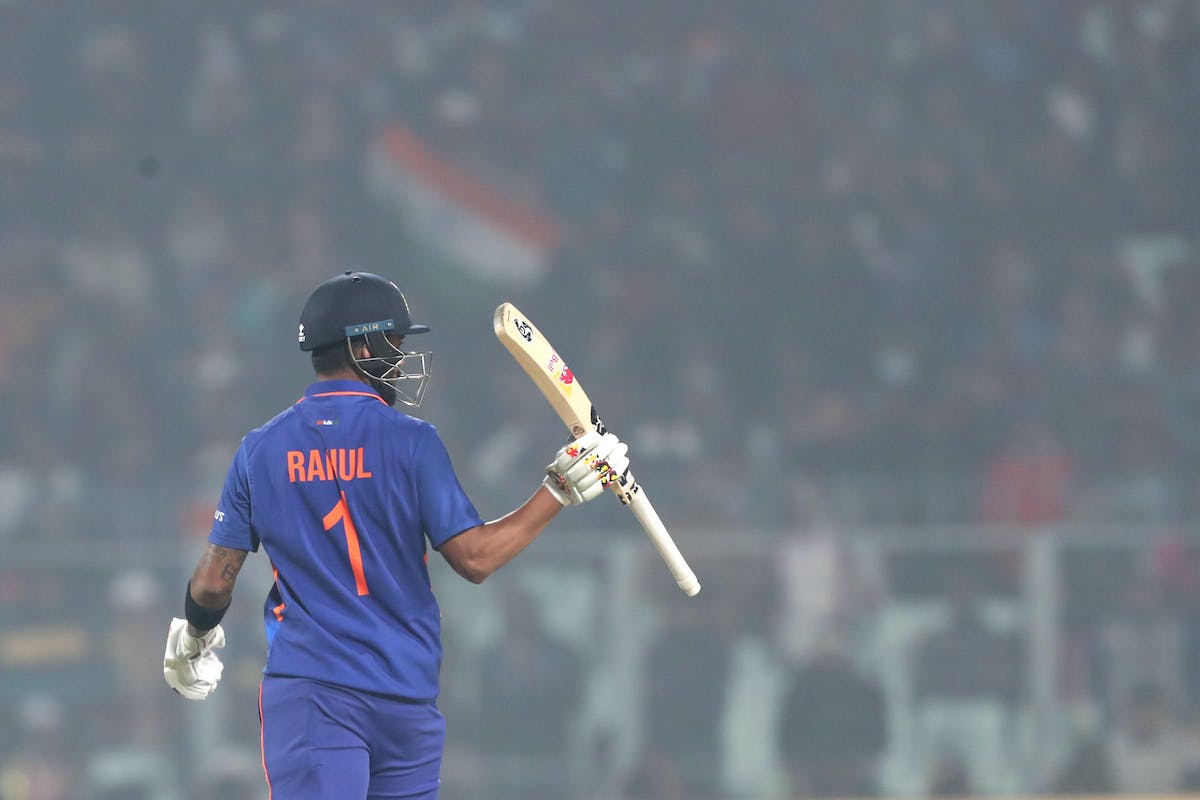 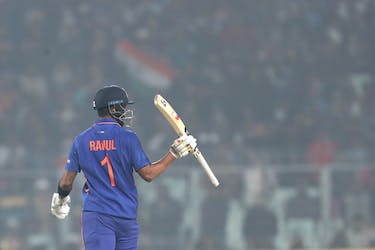 India captain Rohit Sharma was pleased with his batters after pulling off four-wicket win over Sri Lanka in the second ODI at Eden Gardens in Kolkata on Thursday.

After restricting Sri Lanka to 215 all out, thanks to Kuldeep Yadav's match-winning 3-51 and Mohammad Siraj's 3-30, India were reeling at 86/4. KL Rahul (64 not out) and Hardik Pandya (36) added 75 for the fifth wicket to resurrect the chase before Axar Patel's run-a-ball 21 got them to the target.

"It was a close game but games like these teach you a lost. We had to build an innings under pressure. KL has been batting at five for a long period of time now and it gives us the depth. Gives you the confidence as well at the top of the order for us to go and bat freely. It was a good display of batsmanship," Rohit said in the post-match presentation.

Rohit felt that one or two more left-handers in the line-up can be more helpful.

Rohit also praised Kuldeep for his three-wicket burst which came at a crucial time when Sri Lanka's debutant Nuwanidu Fernando (50) was scoring at a good rate. The left-armer sent back Fernando, Dasun Shanaka and Charith Asalanka while Axar Patel's dismissal of Dhananjaya de Silva took the sting out of Sri Lanka's batting.

"For him (Kuldeep) to come back and play the game he played today, it was fantastic. Literally got us back in the game. They were batting run-a-ball and Kuldeep, as we've seen quite often, comes and gets the wicket. He's quite confident as a bowler right now and it definitely augurs well with the team," Rohit said of Kuldeep, who has been in and out of the playing XI.

Kuldeep said he is not worried about his few chances and credited his improved fitness for the performance.

"Whatever opportunities I get, I try to do my best and back my abilities. When you play, you have to be focused while you can be relaxed when you aren’t in the 11. At the moment, I’m really enjoying my bowling. However, team combinations are important, I don’t think too much about it, just focused on doing my best when the chances come," he said.

"In the last one year, I’ve worked a lot also on my fitness, all credit to the NCA coaches. It has helped me get into a rhythm and be more aggressive," he added.

With the series won, India will take on Sri Lanka in the third and final ODI on January 15 (Sunday) in Thiruvananthapuram.