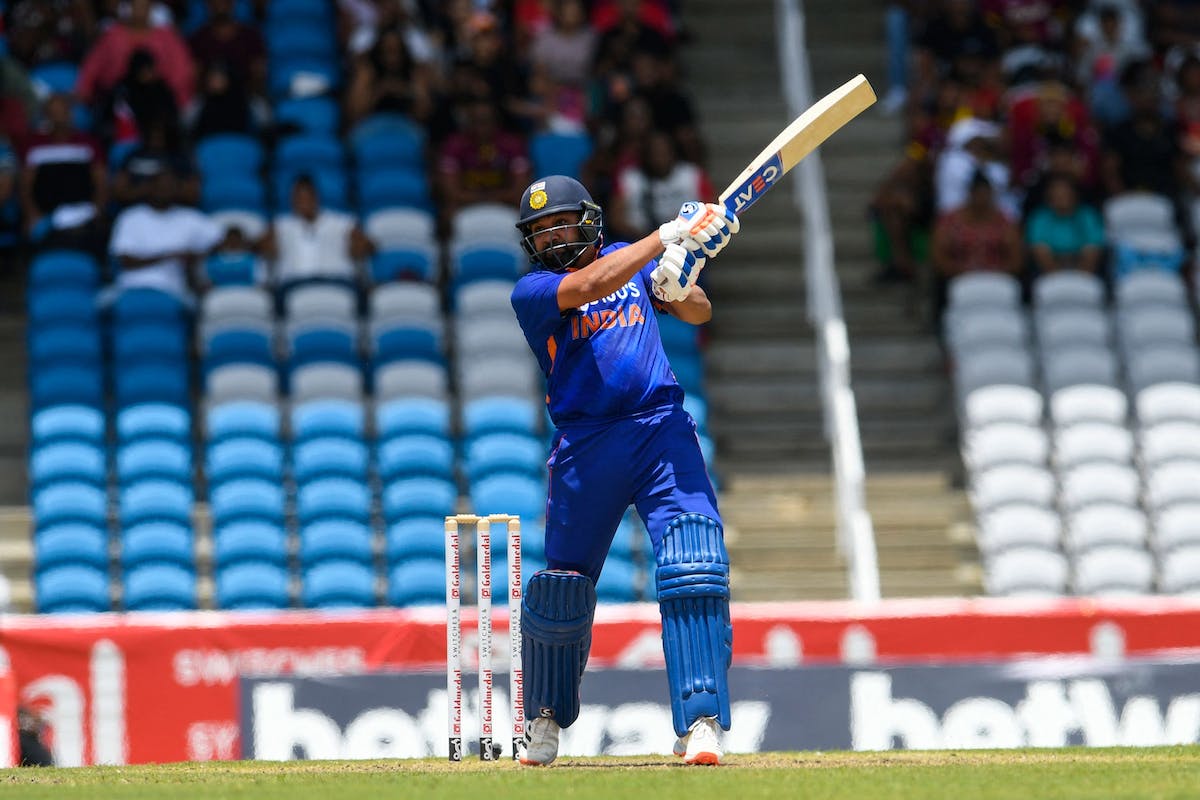 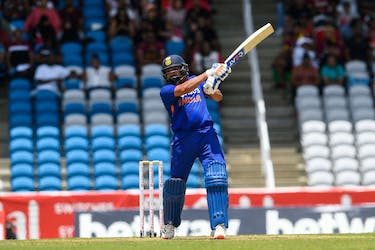 A superb innings from Suryakumar Yadav saw India cruise to a seven-wicket victory against West Indies in the third T20I in St Kitts. With this win, India have taken a 2-1 lead in the five-match series.

While Suryakumar's 50-ball 73 earned him the player of the match award, it was his skipper Rohit Sharma's injury that is a matter of concern. Rohit walked off retired hurt when he was batting on 11 due to back spasms. But the skipper says he is fine and with a few days before the next game, he hopes it would get better.

"It's okay at the moment. We've got a few days till the next game, hopefully, it should be okay," Rohit said of his injury after the match.

The BCCI in a tweet also mentioned that their medical team is monitoring Rohit's injury.

🚨 UPDATE: #TeamIndia captain Rohit Sharma has a back spasm.

The BCCI medical team is monitoring his progress.#WIvIND

Rohit also credited the bowlers for bowling well in the middle overs and Suryakumar for his brilliant knock.

"How we bowled in the middle overs was crucial. I thought we used the conditions well. Used the variations well. Was very clinical how we chased. When you watched from the outside, didn't feel a lot of risk was taken, was a lot of calmness in the middle.

"Surya batted brilliantly, good partnership there with Iyer. The pitch had something in it for the bowlers, not an easy target. Was important to pick the right shots, right balls on a ground like that."

West Indies skipper Nicholas Pooran, on the other hand, rued the fact that his side didn't pick up early wickets. He felt his side could have defended 164 if they had done so.

"Felt we had to get early wickets. Didn't do that. We felt like we had enough. India bowled well. The wicket was on the slower side, felt it was difficult to keep scoring on it. Would've been a different game had we got early wickets," Pooran said.

"We kept losing wickets in the middle overs. We lost the game but did a lot of right things. Felt like we were 10-15 runs short. But early wickets could've changed the game today.

For Suryakumar, who got to his fifty off just 26 deliveries, it was important someone batted deep, especially after Rohit's injury. "Really happy with the way things went. Was important for someone to bat 15-17 overs after Rohit went back inside," Suryakumar said.

"We saw yesterday [in the second T20I] what happened in the second innings. Was important for someone to bat deep and win the game, that's what I've focussed on. Just backed myself and enjoying it."

As things stand, India and West Indies will play the fourth T20I at Lauderhill, Florida on Saturday (August 6). With a few players reportedly not getting their visas yet, the remaining matches could be played in the Caribbean itself if the issue persists.