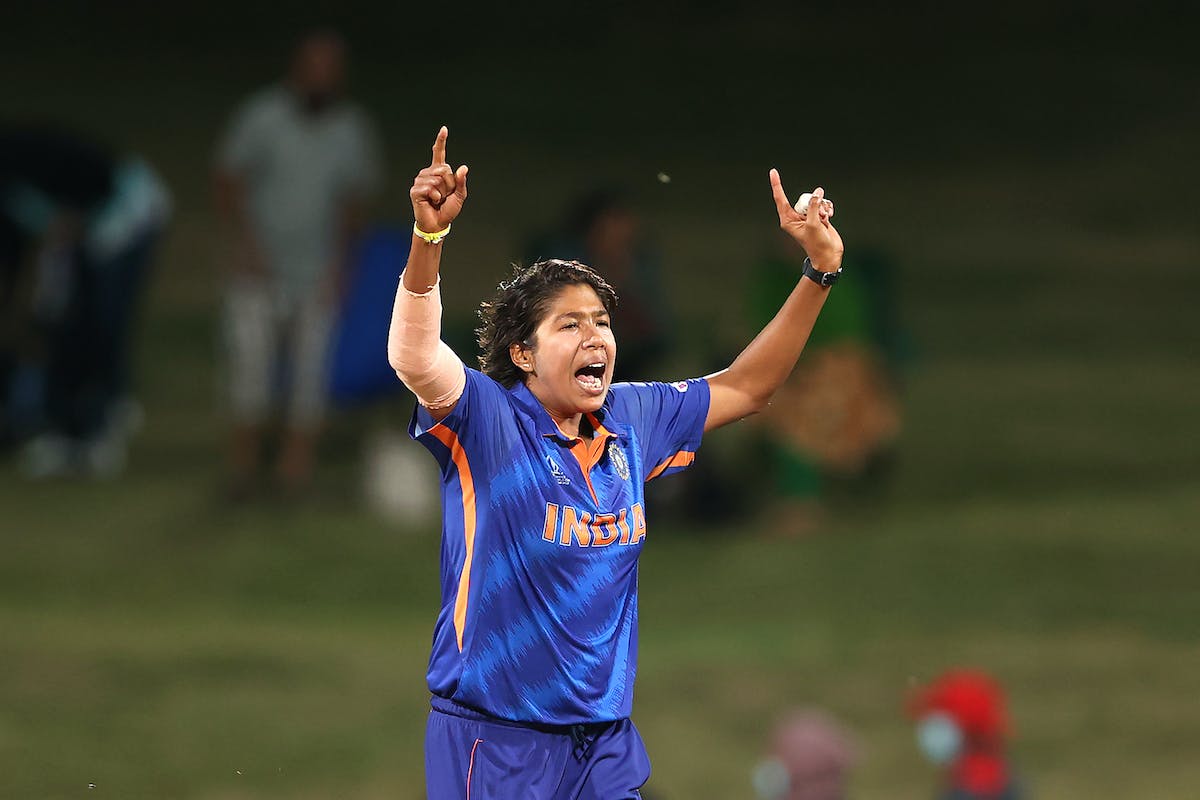 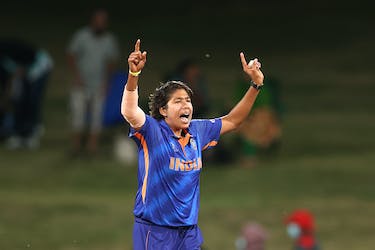 Goswami, who is the highest wicket-taker in Women's ODIs with 253 scalps, will take her final bow in the third ODI against England as she calls time on a 20-year old career.

"Jhulan is an absolute legend... Last three (years) as BCCI president, we have maintained very good relations... she had a fantastic career. She is almost 40," Ganguly said on Thursday.

India have already sealed the series on Wednesday with a massive 88-run win in the second ODI at Canterbury as skipper Harmanpreet Kaur dedicated the win to Goswami.

"Jhulan will leave a mark in women's cricket she is a role model, she should get the highest honour when she finishes at Lord's. She is an absolute champion," Ganguly added.

The former Indian captain is still surprised how India lost the Commonwealth Games (CWG) gold medal match to Australia by nine runs despite dominating the match to a large extent.

"Still wonder how we have lost the CWG final, we were cruising, we were winning... The BCCI is putting in a lot of effort for women's cricket. We have won two matches in England.. I am happy with the progress," Ganguly said.

Speaking about his chances to become ICC's chairman, Ganguly said that the election is "not in his hands". In July, the ICC Board approved the process to elect the next chairman of the world body in November. After the meeting in Birmingham, it was decided that with Greg Barclay ending his tenure this year.

The election will be decided by a simple majority and the term of the Chair will be for a two-year period between December 1, 2022, to November 30, 2024. In a 16-member board, the candidate needs just nine votes from the directors to get elected.

Ganguly also backed the men's team to turn a corner despite the recent losses. India were out of the Asia Cup after losing to Pakistan and Sri Lanka and were on the losing side in the first T20I against Australia on Wednesday despite setting a target of 209.

"Rohit Sharma has a winning percentage of almost 80. India has lost last three-four matches but before that... He has led in 35-40 matches and lost just five or six. I am sure Rohit and Rahul Dravid will be concerned about the team and everything, and they will improve," Ganguly said.

Ganguly, who led India to the 2003 ODI World Cup final, felt that India's recent record in big tournaments is a concern.

"I am not worried about one or two losses, but yes, we have not done well in big tournaments. The team will leave (for T20 World Cup in Australia) two to three weeks, will get time to acclimatise and play practice matches," he said.