Root isn't going to make it or break it for England: Cummins 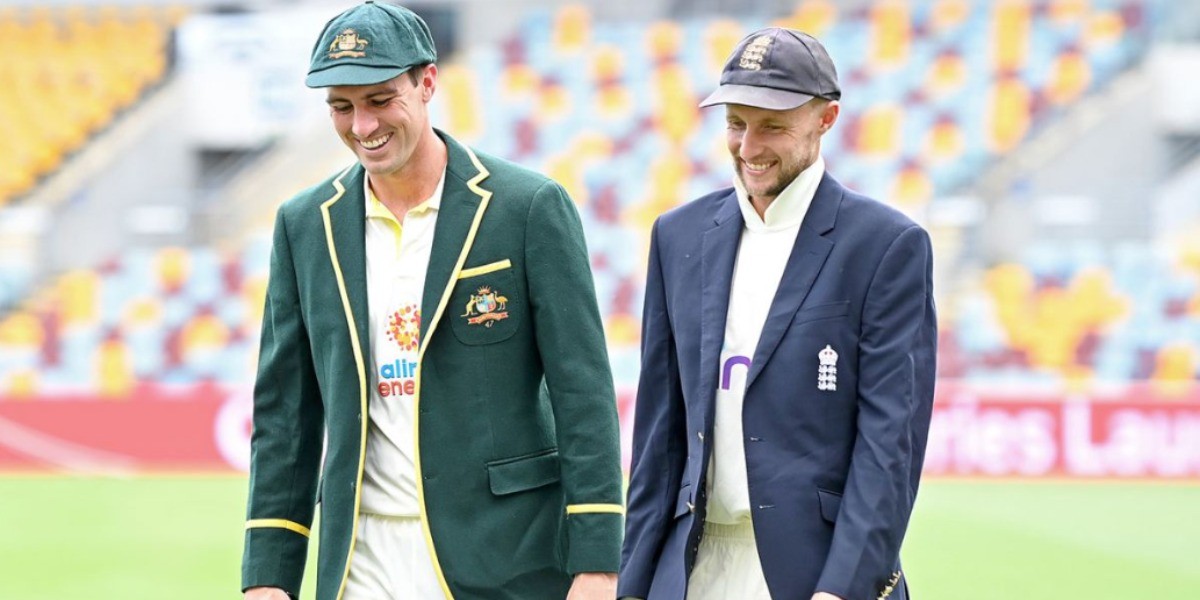 Root isn't going to make it or break it for England: Cummins

Meanwhile, Root made it clear that the result of the first Test won’t define the entire series

Australia’s newly-appointed Test skipper Pat Cummins said his team has some of the all-time greats and Joe Root and Co. will find it extremely difficult to topple them in the forthcoming Ashes series, starting on Wednesday (December 8) at the Gabba. On top of that, England will also be without their ace paceman James Anderson in the opening Test.

"I look around our team and we've got a pretty special side," he said, although Australia haven't played a Test since January due to Covid. "We've got some of the greats of all time of Australian cricket in our changing room and when you get most of them clicking we're going to be a pretty tough team to beat. We get along really well and have a lot of fun, so hopefully a tight-knit group. We are enjoying our cricket and we're relentless when we have our chance to play.

"We'll be concentrating on what we do really well. We won't be getting caught up in too many grand plans or changing too much of what we do for certain players. We've got a few ideas, but I don't think you'll see too different to what we normally do."

The home team head into the Ashes opener in Brisbane on Wednesday defending the hallowed urn and with their arch-rivals having a dismal record in Australia, losing nine of their last 10 Tests. England haven't won a Test in Brisbane since 1986 and have only done so four times -- twice in the 1930s, once against the Kerry Packer-weakened 1978-79 Australians and 35 years ago during Ian Botham's heyday.

England confirmed that Anderson won't feature in the first Test. The visiting side revealed that they want to keep the 39-year-old fresh for the day-night Test in Adelaide next week. "He's obviously a great player and it's a shame that he won't be out there tomorrow, but it doesn't change what we are going to do," said the Australian captain, who will be taking charge of his first Test.

Cummins, who took the reins when Tim Paine quit over a text-messaging scandal, nominated Root, the world's number one Test batsman, as the key wicket for Australia. "He's going to be right up there as the biggest wicket, he's had a really good last 12 months or so, but I wouldn't necessarily say he's going to make it or break it for them," he said.

Australia have already announced their playing XI, with wicketkeeper-batter Alex Carey set to make his Test debut. Cummins said his team is quite “settled” and wants to start the series on a winning note. "We felt really blessed to have so many experienced options and guys that are coming off really strong performances in Shield cricket," said Cummins.

"We feel really settled - the core of this group has been together a lot and we know each other really well. Most importantly we've got great vibes, everybody gets on really well and we have a bit of fun. I don't think you'll see huge change (because of my captaincy). Everybody is an expert and all over their own game so I won't be standing on any toes. This first Test will be huge in the context of the series, more than my captaincy."

Cummins was Australia's vice-captain when they won the 2021 T20 World Cup. "I've really enjoyed being vice-captain under 'Finchy' the last two or three years. I think the environment we created in the World Cup is a blueprint. It's slightly different, T20s and Test cricket, (and) the demands, but I think the relaxed environment, empowering everyone to do it their own way (is the same). I think most people play their best when they're relaxed and focused.

"'JL' (Langer) has been great. He's certainly still head coach, but I think the environment that he creates not only for the players, but the coaches around him, really empowers them. It's in some ways taking a step back and letting the players really dictate the environment they want. It worked incredibly well over in the World Cup, and he has huge credit to do with that, and hopefully, it continues for this summer. He's been great so far. They're great lessons we learned over in the World Cup that work, and we'd like to continue that on.

Meanwhile, England captain Root made it clear that the result of the first Test won’t define the entire series. "Avoiding defeat would be a brilliant start to the series, absolutely. In many respects we've got nothing to lose coming here for this series. I don't think avoiding defeat will define the series but it'll certainly put us in a really strong position and give us a great opportunity moving forward into the rest of it," he told BBC sport.

"But ultimately we've just got to concentrate on what's right in front of us right now and starting the Test match well, getting into the series and managing everything else that goes around an Ashes first morning and taking the game from there. We've got a great chance in the circumstances that we find ourselves in to come and do something very special and we should take great confidence from that going into it."