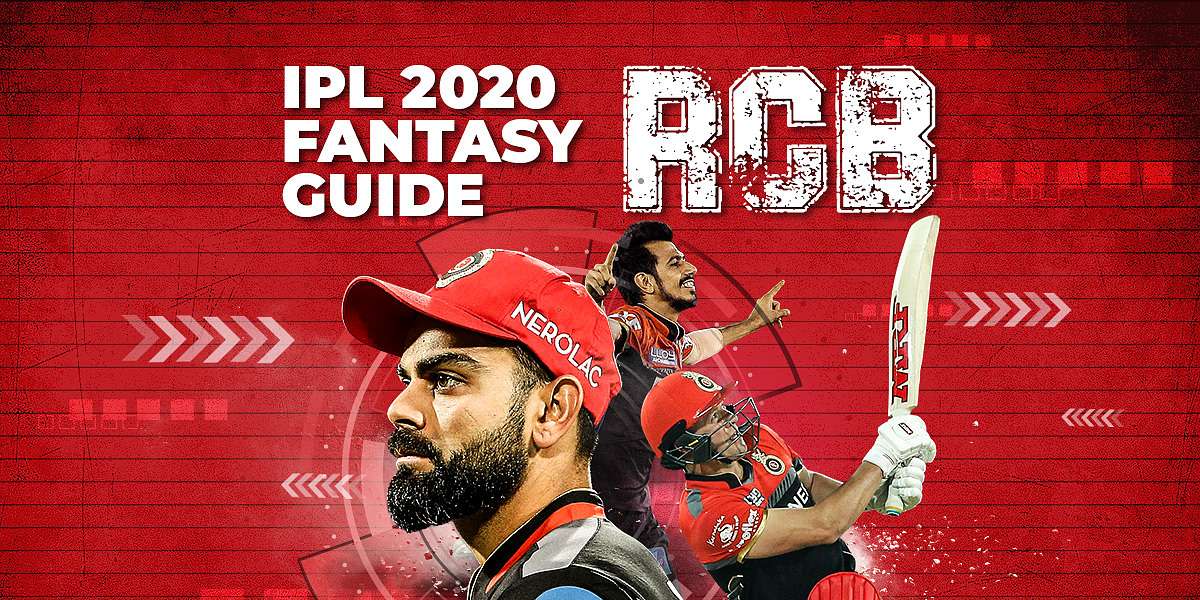 Moeen Ali – Make no doubt, Moeen Ali has done an exceptional job for Royal Challengers Bangalore in his middle-order bowling allrounder role (274 runs at an average of 30 and a strike rate of 170 when played at No. 4 or below and 12 wickets at an average of 29.6 and an economy rate of 7).

But with the likes of Aaron Finch and Chris Morris coming in, the lure of Dale Steyn, and the team having a like-for-like replacement in Washington Sundar, the 33-year-old could find it difficult to hold onto his spot. He has to get off the blocks as soon as the season starts and keep performing to ward off competitors.

Umesh Yadav – With Morris and Navdeep Saini locking two pace bowling spots in the XI and a poor season performance in 2019 (8 wickets at an average of 46 and an economy rate of 9.8), Umesh Yadav is already skating on thin ice. Introduce Steyn into the mix, there is a high chance of Yadav being dropped at some point in the season, if not right away.

So, in a way, the 32-year-old’s place in the XI is also dependent on what RCB do with Moeen. If Sundar is picked ahead of the England international, then Steyn will win the duel for the third pace bowler spot.

Shivam Dube – There was a lot of hype surrounding Shivam Dube’s debut, both for RCB and India. But the pace bowling allrounder hasn’t quite delivered yet. 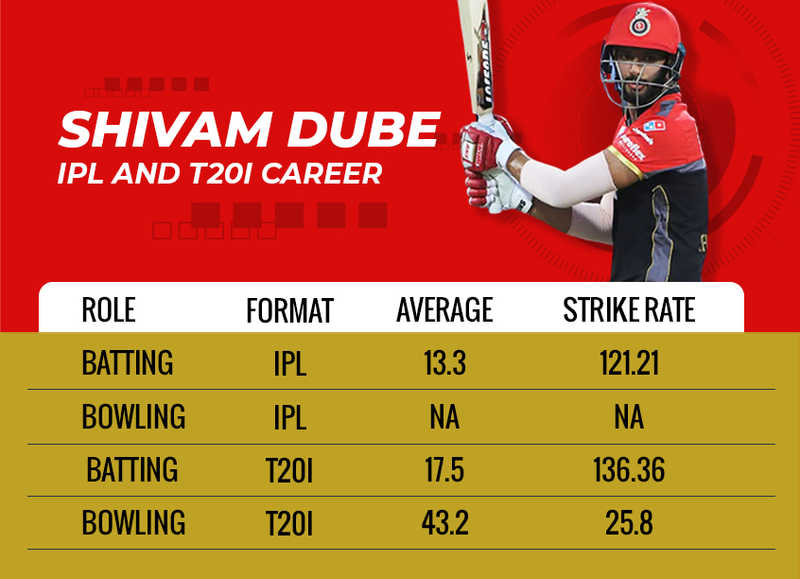 With options such as Gurkeerat Singh Mann, Sundar, Pavan Deshpande and Pawan Negi on the bench and Morris replacing him as the first-choice pace bowling allrounder, Dube’s chances of completing the season doesn’t look good.

RCB’s training camp videos show AB de Villiers in intense keeping practice sessions. Unless the think-tank is serious about going ahead with it in the season, they wouldn’t want to risk their biggest player with that kind of workload.

Combine with the fact the Kohli-led franchise didn’t even attempt to buy a backup Indian keeping option in the IPL 2019 auction and that their overseas backup Josh Phillipe also turns out to be a keeper-batsman, de Villiers starting as a keeper is something that seems to be set in stone.

This move is a major fantasy set-up influencer. It could result in Parthiv Patel, an otherwise reliable fantasy bet, being dropped; either Devdutt Padikkal or Sundar or even both of them getting improved game time; and de Villiers himself becoming an even better fantasy option, courtesy of wicketkeeping points.

Based on how a team is set up, you can play certain type of players against it to get fantasy value. RCB, in the past, have been vulnerable against legspin with the bat and against power-hitters at the death with the ball.

This year, however, they have addressed those issues to an extent with the inclusion of Finch, the possibility of 4 left-handers in the top 7 to counter the googly threat to their right-handed superstars, and the addition of death-bowling specialist Morris to support Saini’s pace and hard lengths. So it might not be the way to go.

What could still work, though, is specialist offspin or offspinning all-round options. Players such as Mohammad Nabi, Krishnappa Gowtham, and Glenn Maxwell could turn out to be game-changers against RCB. 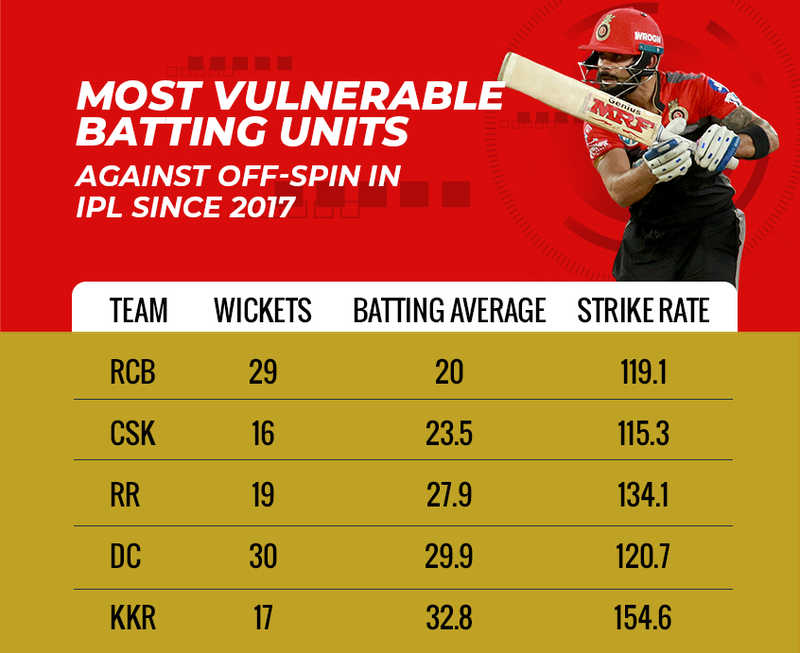 1. AB de Villiers – de Villiers might be 36 years old and retired from ODIs and Test cricket, but that hasn’t affected his T20 returns. Add his potential wicketkeeping value to it, the former South African international just about edges Kohli for the No.1 spot. 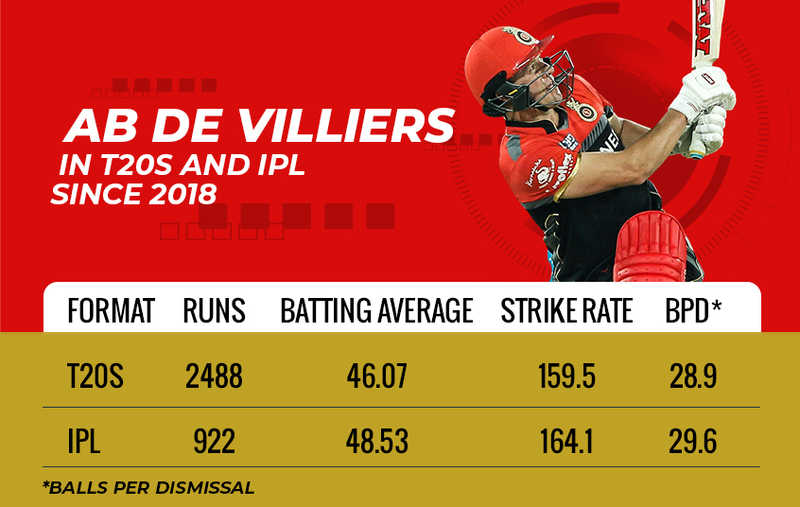 2. Virat Kohli – With Finch coming into the XI, Kohli could push himself down to No.3 to keep the LHB-RHB combination at the top. And the resulting impact on his fantasy scoring points potential is why he is behind de Villiers in the ranking order. 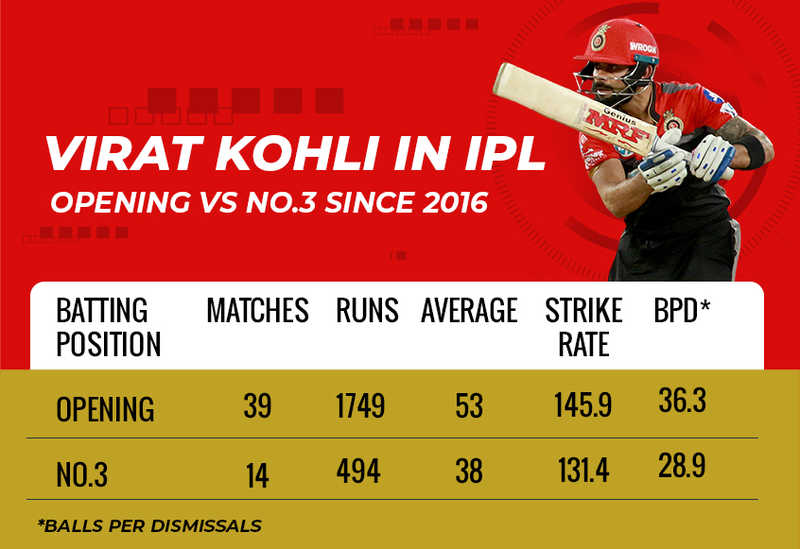 3. Chris Morris – Morris, all set to bat at No. 7 and be the go-to death bowler for RCB, could potentially be as attractive as Kohli and de Villiers. But considering he has a history of blowing hot and cold and is playing under Kohli, an impulsive captain, it is better to keep your expectations low.

The 33-year-old has the third-best strike rate (a wicket every 12.8 balls) in the second half of an IPL innings, among those who have bowled a minimum of 75 overs in this period. Ashish Nehra (11.4) and Lasith Malinga (12.3) are the only other bowlers who pick wickets more frequently in the 11-20 over range.

4. Yuzvendra Chahal – Since moving to Royal Challengers Bangalore in 2014, Yuzvendra Chahal is only behind Bhuvneshwar Kumar in the list of leading wicket-takers in the league (100 wickets at an average of 22.8 and an economy rate of 7.8). That the 30-year-old has managed to do it despite having the Chinnaswamy stadium as his home ground tells you all you need to know about him.

With the switch to UAE this year, Chahal is even more valuable than he usually is.

5. Navdeep Saini – 73% of Saini’s wickets last season came at the death, and with Morris coming in to strengthen the bowling unit this year, things could get easier for the 27-year-old. His performance in the Powerplay, however, remains a concern. 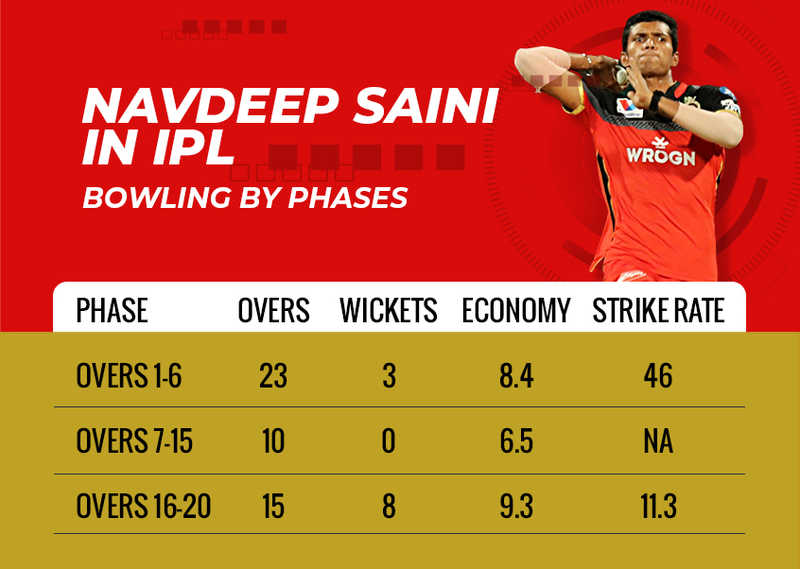 6. Aaron Finch – If Finch’s T20 numbers in UAE is the only yardstick (179 runs at an average of 19.89 and a strike rate of 109.2), he will be further down the batting order. But the 33-year-old is capable of stitching together a decent season and could even be the player to watch out for at Sharjah, the best batting venue of the competition. At Dubai and Abu Dhabi though, it is going to be a difficult ask.

7. Moeen Ali – Refer to the “Vulnerable spot – Moeen Ali” section of the article

8. Devdutt Padikkal – All the RCB pre-season talk has been about their local sensation, Padikkal. The Karnataka left-hander has got off to a sensational start in his domestic career and could be used either as an opener or at No.4 to tap into his power-game against spin and full-length pace bowling. 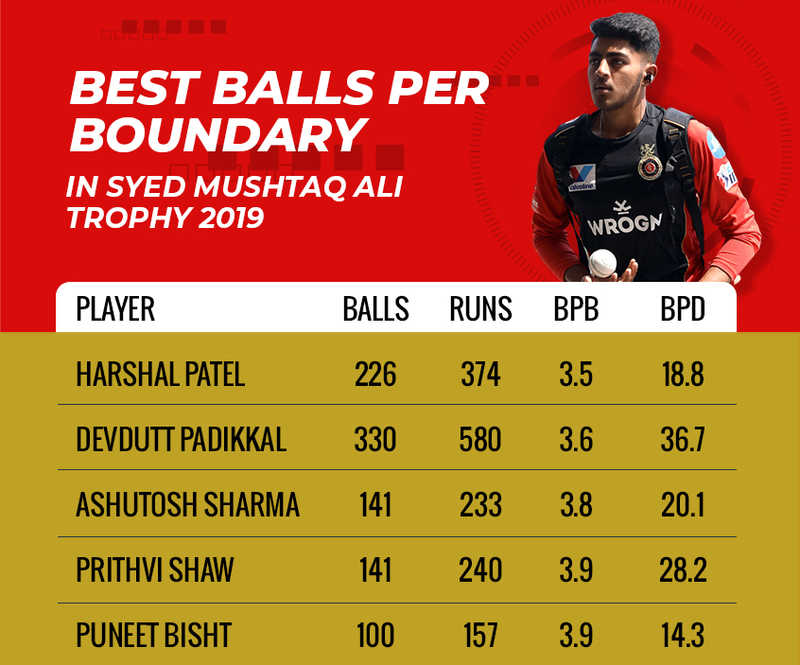 Only Harshal Patel found the boundary at a faster rate than Padikkal in last year’s Syed Mustaq Ali trophy. But it took opposition teams twice as many deliveries to dismiss the RCB youngster, who lost his wicket only every 36.7 deliveries as compared to Patel’s 18.8. The better BPD rate suggests he wasn’t just destructive but safe as houses while at it.

9. Umesh Yadav – Refer to the “vulnerable spot – Umesh Yadav” section of the article

10. Shahbaz Ahmed/Pawan Negi – RCB are likely to play a left-arm spin bowling allrounder in their XI. Based on the training sessions so far, it seems like the West Bengal allrounder Shahbaz Ahmed is winning the battle.

11. Shivam Dube – Refer to the “vulnerable spot – Shivam Dube” section of the article