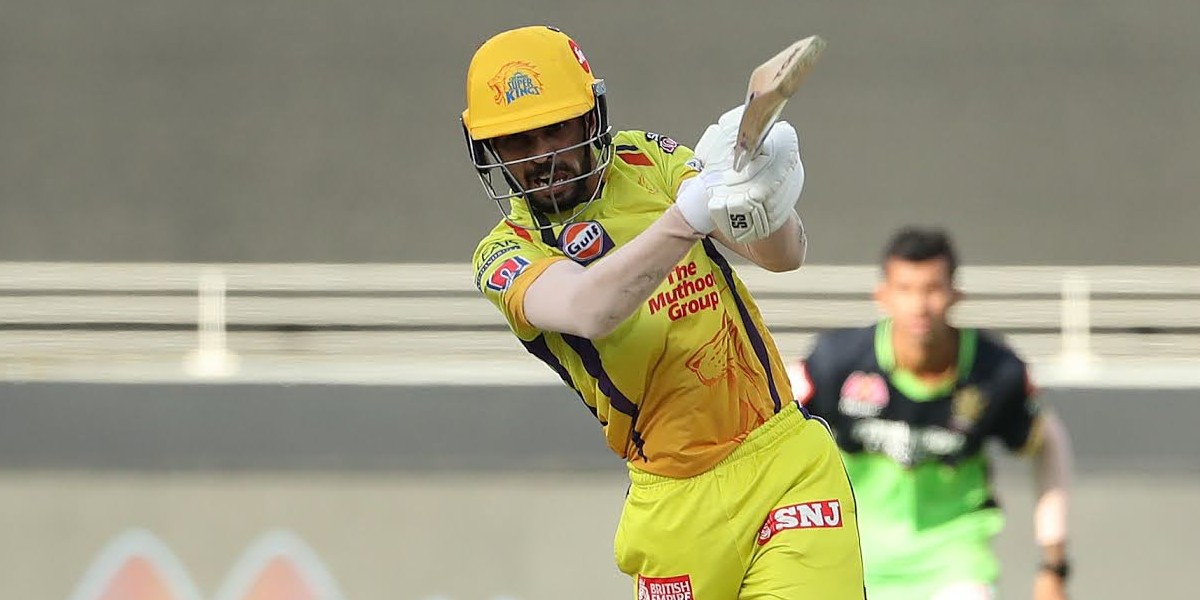 Chennai Super Kings finally arrived to the party and thumped Royal Challengers Bangalore by eight wickets in Match No. 44 of the Indian Premier League 2020 in Dubai on Sunday (October 25). Ruturaj Gaikwad provided the much-needed "spark" with his 51-ball 65* and propelled Chennai to their fourth win of the season. Meanwhile, this defeat will hurt Bangalore who are in the quest of a top-two finish.

Opting to bat, Virat Kohli (43-ball 50) scored a sedate fifty but RCB's innings never took off. The CSK spinners bowled with outstanding control, while Sam Curran claimed 3/19 to play a key role in restricting Bangalore to 145/6 in 20 overs. In response, the Chennai batsmen showed good intent and got the job done in 18.4 overs. Faf du Plessis (13-ball 25) and Ambati Rayudu (27-ball 39) too chipped in with fiery cameos and made Gaikwad's life easier.

Earlier, Deepak Chahar (2/31) got ample movement in his first spell but the right-arm seamer wasn't consistent with his line and length and Aaron Finch and Devdutt Padikkal made the most of it. Having been dismissed by Chahar twice in as many innings, Finch smashed him for consecutive boundaries in the first over to get the ball rolling. Making his IPL debut, Monu Kumar looked impressive in his first over but MS Dhoni took him out of the attack and brought in Sam Curran. The left-arm paceman did the job for his team straight away and gave Chennai the first breakthrough, having Finch (11-ball 15) caught at extra cover.

Playing his first game of the season, Mitchell Santner bowled with tremendous control and kept Padikkal and Kohli in check. Padikkal did try to take him on but ended up losing his wicket. The left-hander scored 22 off 21 before getting caught at long-on. The onus was on Kohli and AB de Villiers to take this innings forward, but the CSK spinners didn't allow them to dictate terms. 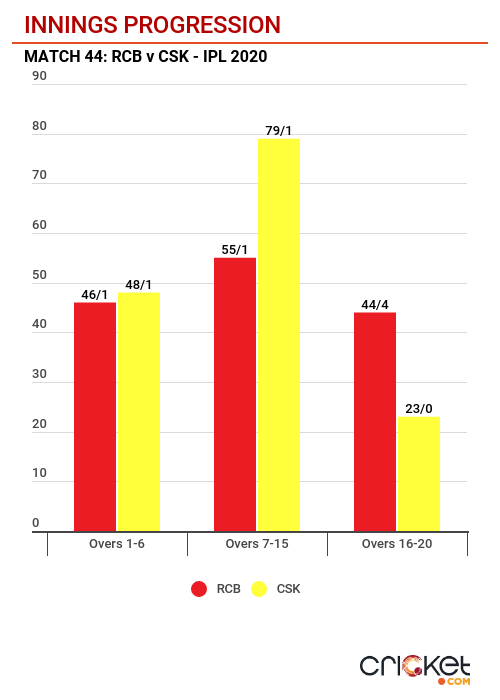 The two batsmen didn't take any unnecessary risks and just focused on strike rotation. RCB were scoring at just over six runs per over before Kohli and de Villiers finally managed a boundary each in the 14th over. Bangalore lost only one wicket in the middle overs (7-15) but scored at just 6.1 runs per over. RCB have struggled in this phase throughout the tournament, having scored runs at 6.85, which is the lowest amongst all the eight teams.

Bangalore were in desperate need of a rapid finish and that's when Kohli and de Villiers finally started playing their shots. The RCB skipper tonked Ravindra Jadeja for a maximum, but de Villiers failed to up the ante and fell to Chahar in the 18th over. The wicketkeeper-batsman from South Africa scored 39 off 36 before mistiming one straight into the hands of the long-on fielder. Moeen Ali (1) too couldn't contribute much and Kohli (43-ball 50) too departed after completing his fifty. Bangalore kept losing wickets and could only manage 20 runs in the final three overs.

The scoring rate was never going to be an issue and this was a great opportunity for Gaikwad to show some 'spark' and the 23-year-old didn't disappoint. Gaikwad and du Plessis got Chennai off to a rapid start, with the latter smashing Chris Morris for a four and a six in his very first over. Gaikwad's first boundary in the IPL was a glorious lofted drive over long-off. He was still slightly sedate with his approach but du Plessis was going all guns blazing. The South African smoked Mohammed Siraj for 15 runs in his first over before Morris had him caught at extra cover in the final over of the powerplay. The two added 46 in just 5.1 overs. 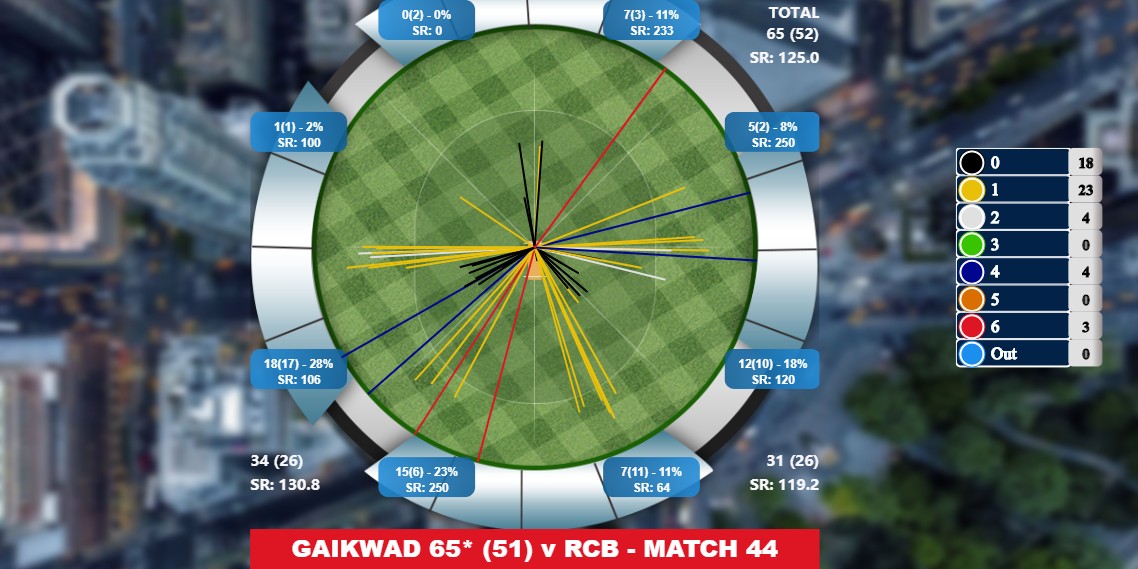 Yuzvendra Chahal and Moeen tried to put pressure on Gaikwad and Rayudu but the two didn't hold back and kept crafting boundaries at regular intervals. Gaikwad in particular played some outstanding shots down the ground and through covers and didn't allow Washington and Moeen to settle in. Meanwhile, Rayudu took the attack to Navdeep Saini and Kohli was forced to take him out of the attack after just one over.

For some reason, Kohli kept offering pace to Rayudu and Gaikwad and made their lives easier. Siraj, who was brilliant in the last encounter, was smashed all around the park in this game. It was Rayudu who killed the game in the space of two overs and got the equation down to 35 off 42. That's when Chahal was finally brought back into the attack and the legspinner knocked over Rayudu, but by then the game was almost over. Gaikwad however carried on and completed his maiden IPL fifty.

The RCB fast bowlers weren't up to the mark and bowled quite a few freebies. Coming in at No. 4, Dhoni hammered Morris for consecutive boundaries and ensured he was there till the very end. The CSK skipper remained unbeaten on 19 but it was Gaikwad who forced everyone to sit up and take notice. The right-hander hit four fours and three sixes during his stay in the middle and got the job done with a maximum over fine leg.