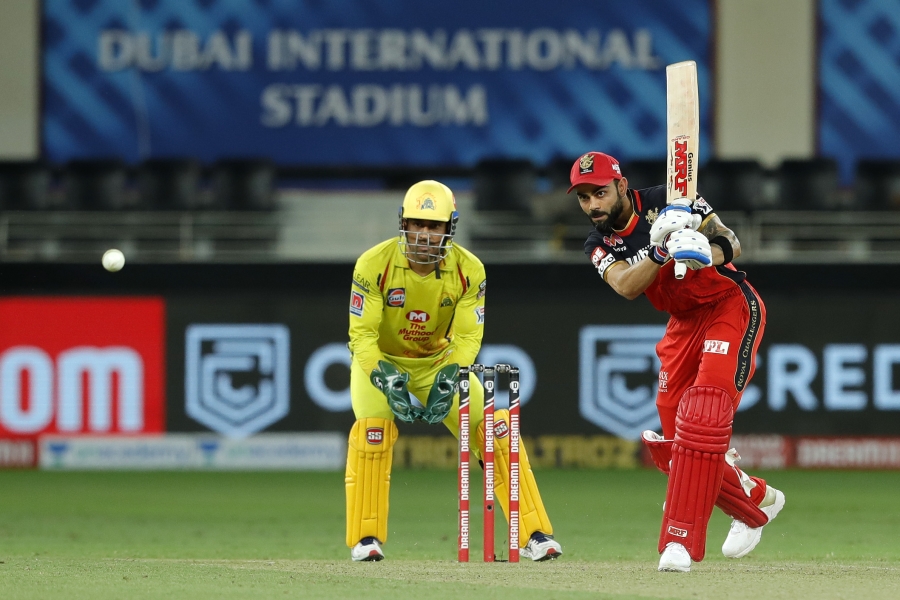 The Southern Derby, the Cauvery Clash, Thala v King Kohli – call it whatever you want, a Royal Challengers Bangalore versus Chennai Super Kings encounter gets the pulse racing. This season though a beleaguered CSK has meant the spice has gone off the contest to an extent but one can be rest assured when these two sides meet in Match 44 of IPL 2020, in Dubai, anticipation will be high.

When RCB and CSK clashed earlier in the competition, the former scored an easy 37-run victory at this very venue. They will be hoping for a similar result come Sunday.

As far as the head-to-head record is concerned in the IPL, CSK are clearly ahead having won 15 of the 25 matches while in the last five games too they have a 3-2 lead. However, considering the form both sides are in, one should ideally back RCB to pull off their second win of the tournament against CSK. 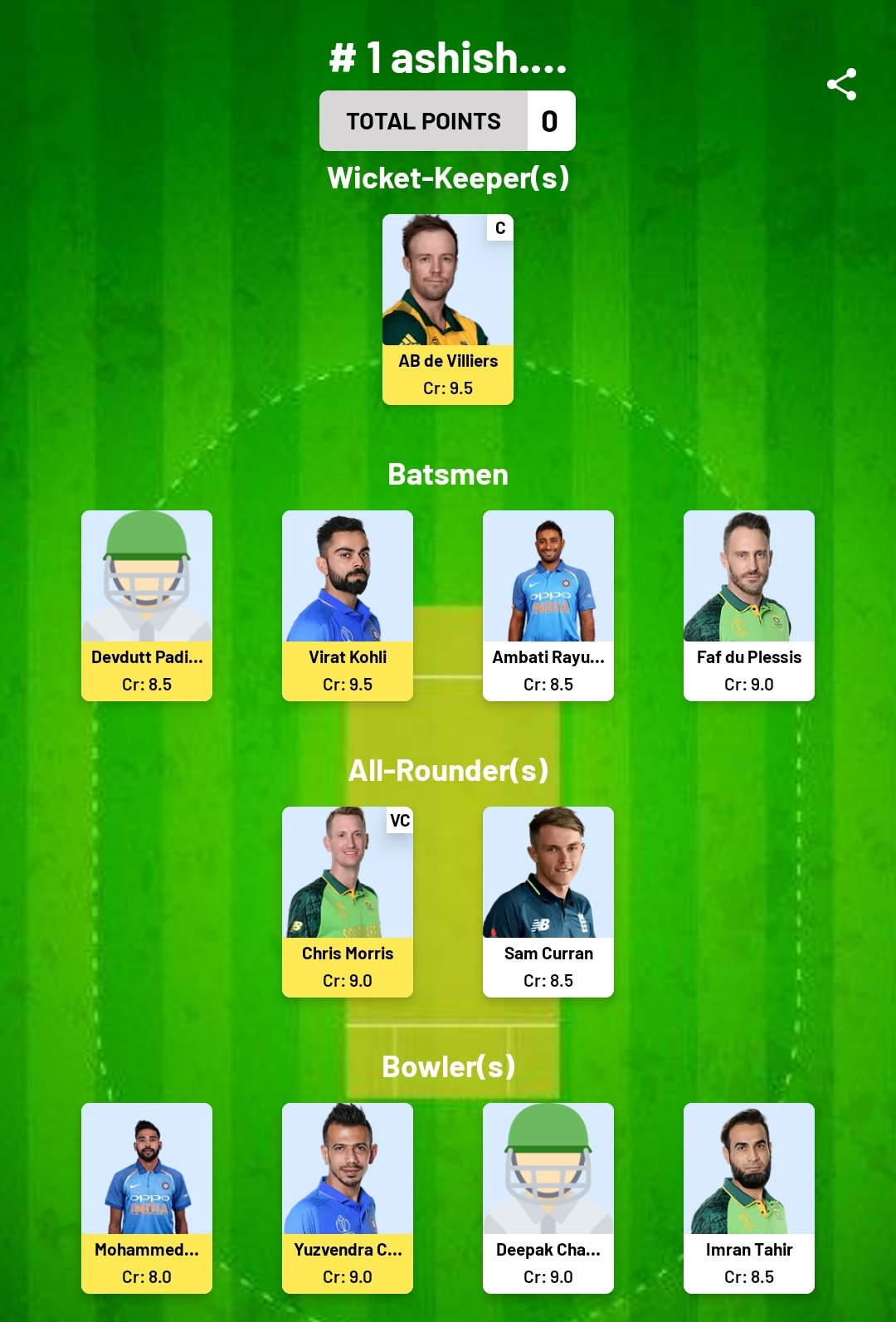 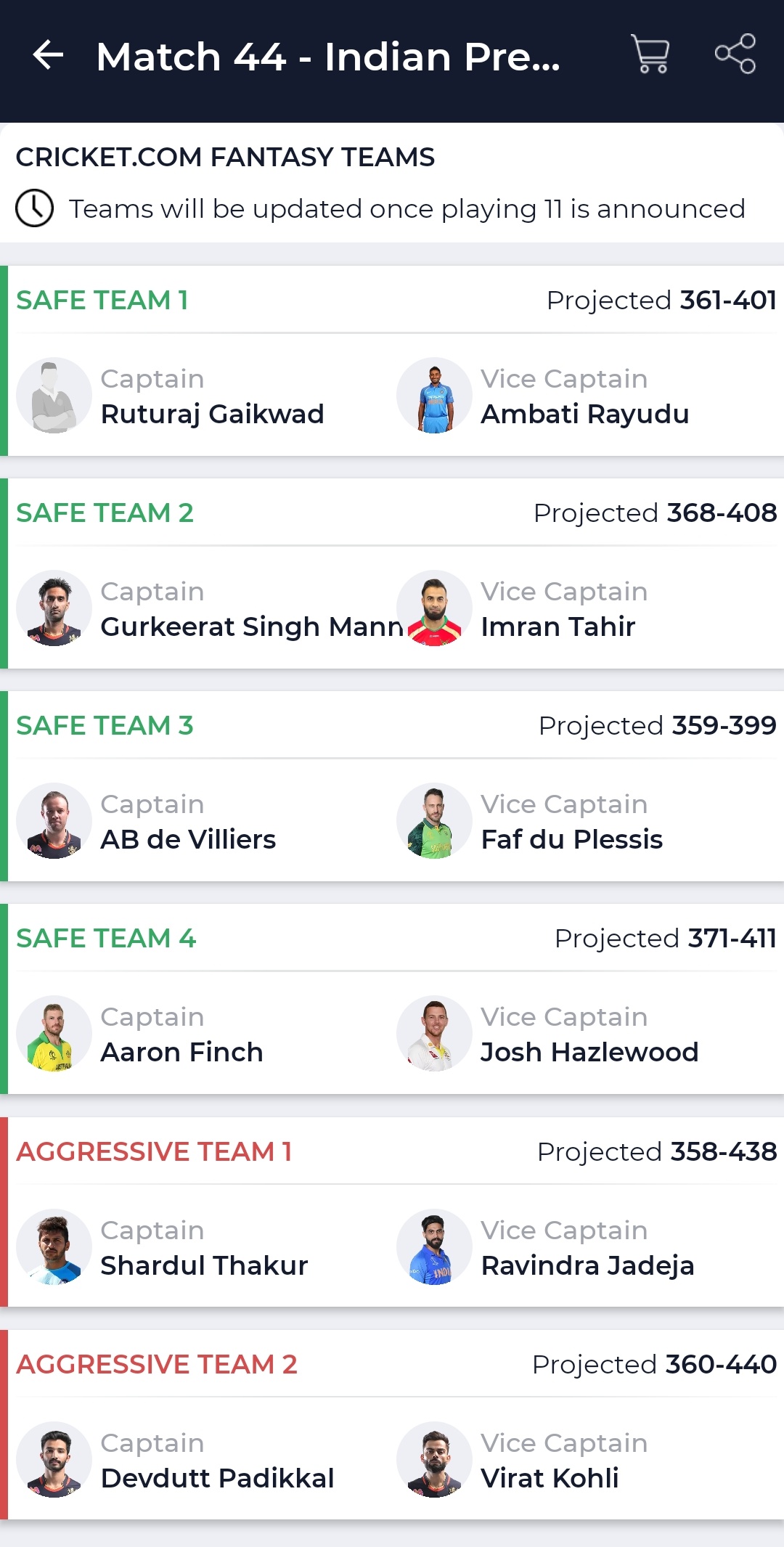 Out of the three venues where the tournament is being played, the Dubai International Stadium is where bowlers have been most successful. They have picked a wicket every 20.3 balls as compared to Sharjah and Abu Dhabi, where wickets have fallen every 21.1 and 21.5 balls respectively.

The average first innings score in Dubai this season has been 175 and teams batting first have so far won 12 of the 18 matches. The surface has slowed up a bit in the second half of the tournament and picking top-order batsmen from the side who is batting first should be the way to go.

As has been the theme across all venues, pacers have done well at Dubai so far this tournament. They have picked 65.3% of the wickets to fall here - 124 of the 190 wickets - striking every 21 balls. The spinners, on the other hand, have a bowling strike rate of 24.8. Though the spinners have a far better economy than the pacers, that is not really going to be too helpful in fantasy cricket. 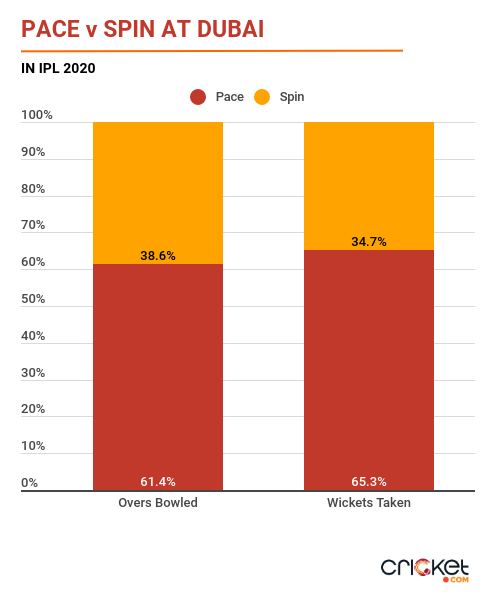 Chennai have Sam Curran in their side while Bangalore have Isuru Udana and they could come into use here. Both sides have some excellent right-arm fast bowlers too while in the shape of legspinners, Yuzvendra Chahal and Imran Tahir are on either side. You are truly spoilt for choice as far as the bowlers for this game are concerned.

Both RCB openers have done fairly well so far this tournament while CSK’s top-order has struggled. The likes of Devdutt Padikkal, Virat Kohli and AB de Villiers are a no-brainer while you could also go for Ambati Rayudu.

A combination of five frontline batsmen including the wicketkeeper, two allrounders and four bowlers could be the way to go for this encounter. 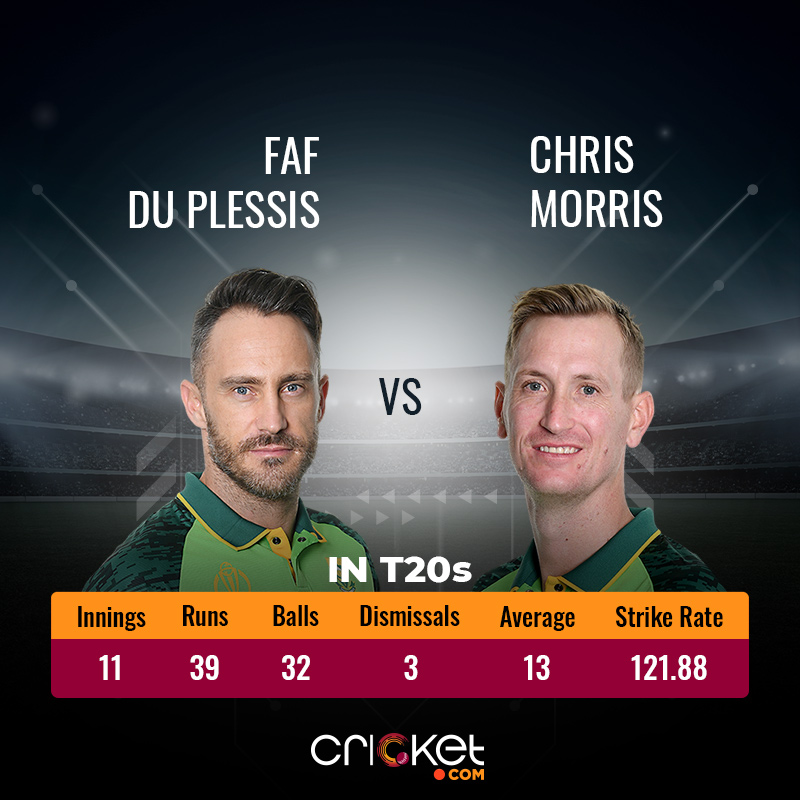 Faf du Plessis might have played Chris Morris a lot in the South African nets but the pacer has had the wood over the CSK opener in the format. In 11 T20 innings, du Plessis has faced Morris in 39 balls, scored 32 runs and been dismissed 3 times, averaging just 13. 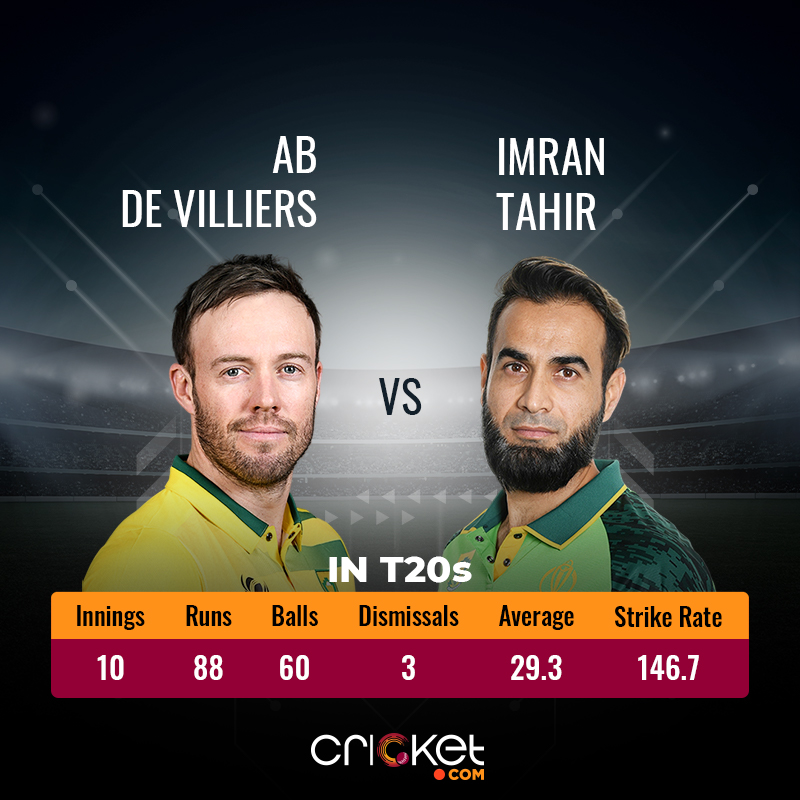 It is no secret that AB de Villiers struggles against quality legspin and this fact gets more highlighted when we see his record against Imran Tahir. In 10 T20 innings against the leggie, de Villiers has fallen 3 times while averaging 29.3. 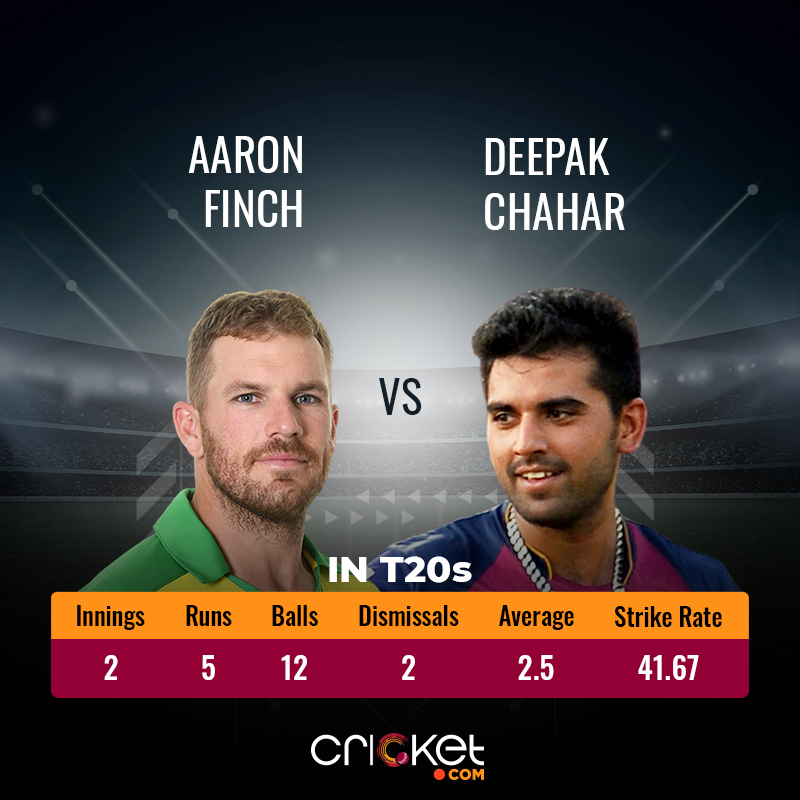 This should be an interesting battle up top. Aaron Finch struggles against the swinging ball and Deepak Chahar has in the past troubled him. The pacer has come up against Finch twice and has dismissed the RCB opener on both occasions. 5 runs in 12 balls and an average of 2.5 does not make good reading for Finch.

AB de Villiers has been in terrific form this season and has almost single-handedly won RCB games on more occasions than one. Another reason why you should pick AB de Villiers as your captain is his record in Dubai this season. The leading run-scorer for Bangalore at the venue, 3 of de Villiers’ half-centuries this season have come in Dubai where he averages a strong 49.5 in 6 innings. Against a jaded CSK attack, de Villiers can once again be expected to come good.

According to our Criclytics Player Projector, AB de Villiers will fetch 18-39 points. 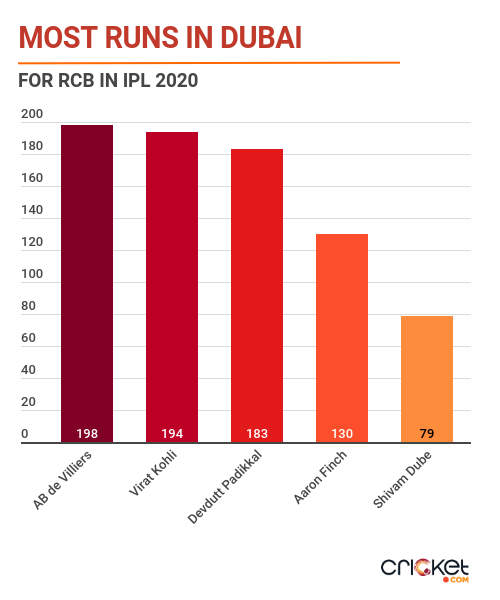 The last these two sides met, it was Virat Kohli who cracked a splendid 90 off just 52 balls to take his side to a fighting score when his team was struggling. Bangalore ultimately came through with ease with Kohli named Player of the Match. The RCB captain has always brought out his best against CSK. He is the highest run-scorer against the franchise in IPL with 837 runs in 23 innings at 41.85 and will be keen on extending his run come Sunday.

According to our Criclytics Player Projector, Virat Kohli will fetch 22-50 points. 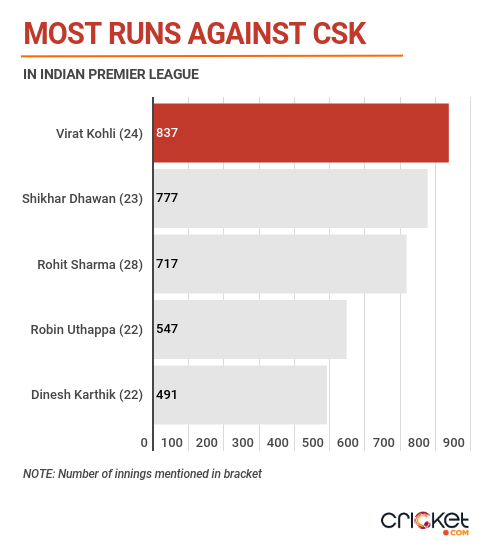 Chris Morris’ inclusion has been like a breath of fresh air in the RCB setup. He has added the much-needed balance to this side and with key performances with both bat and ball, has become almost indispensable. In just 5 matches, Morris has already become the second-highest wicket-taker for RCB. He has picked up 9 wickets at a bowling strike rate of 13.3. What stands out here is his economy of just 5!

According to our Criclytics Player Projector, Chris Morris will fetch 12-58 points. 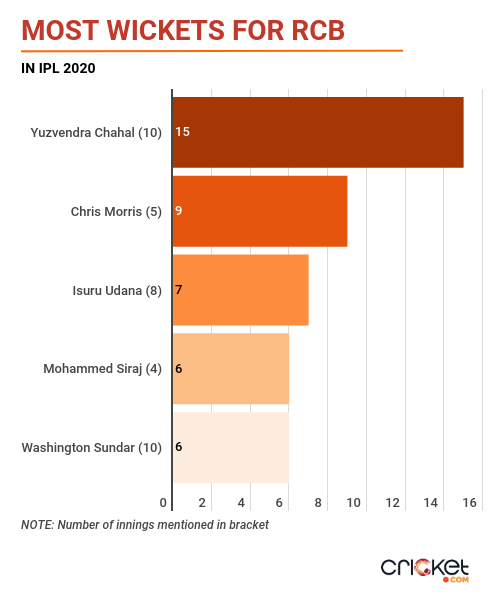 The only shining light of an otherwise wretched CSK campaign this season, Sam Curran has been terrific. The joint-highest wicket-taker and fifth-highest run-scorer for CSK so far this season, Curran has been a solid all-round package. He will look to inflict more damage across all aspects against RCB.

According to our Criclytics Player Projector, Sam Curran will fetch 12-65 points.