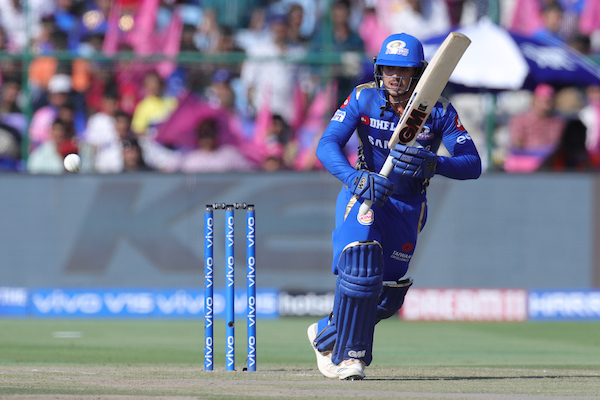 Both Royal Challengers Bangalore (RCB) and Mumbai Indians (MI) have had mixed fortunes during the 2020 Indian Premier League (IPL) so far. Both come into this game, having won one match and lost one.

It won’t come as a surprise to most that MI have been dominant in this fixture over the years – the two teams have met 25 times in the IPL so far, with the four-time IPL champions winning 16 of those matches. Four out of the last five encounters have been won by Mumbai as well. 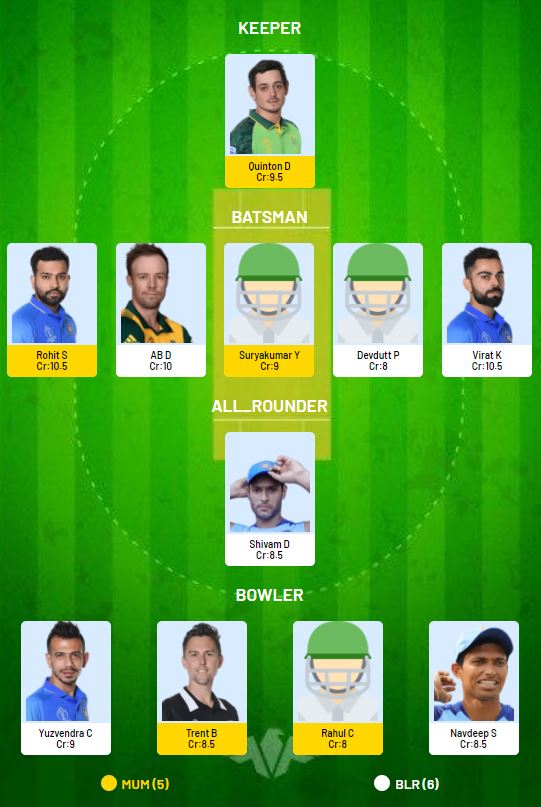 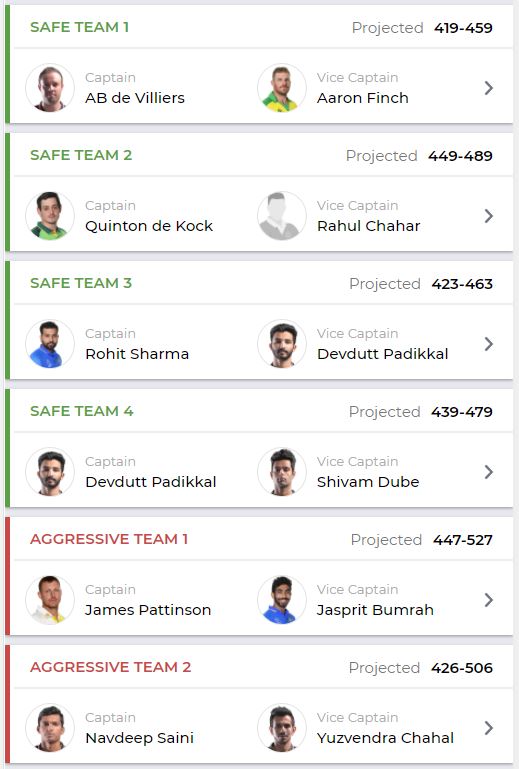 This will be the fifth match of the season at the Dubai International Cricket Stadium. While RCB have already played two matches at this venue in this year’s IPL, this will be MI’s first game here after having played a couple of matches in Abu Dhabi.

In the four matches held at this ground so far this season, there have been 1251 runs scored at a run-rate of 8, with a wicket falling every 23.2 runs and 17.4 deliveries. The highest and lowest team totals in Dubai this season thus far came in the same match – with KXIP posting 206/3, following which RCB were bowled out for 109.

When we consider T20 stats in Dubai since 2018, a wicket has fallen every 17.4 deliveries too – among the three stadiums that are hosting matches this season, this is the best from a bowling viewpoint. An average of 21.6 is also among the lowest when compared to Sharjah and Abu Dhabi during the aforementioned period.

While teams have elected to bowl first after winning the toss in 36 out of 55 T20 matches held in Dubai since 2018, teams batting first have won 52.7% of the games.

In IPL 2020, in Dubai, every team winning the toss has opted to bowl first so far and they have lost each time. 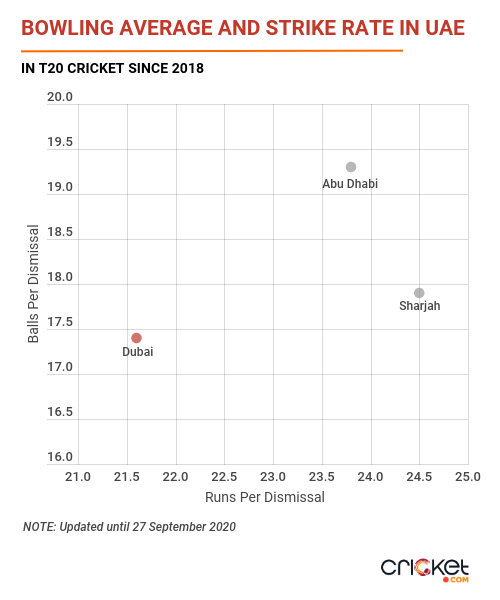 In four matches this season in Dubai, pacers have taken 28 wickets while spinners have picked up 19. Something you might find interesting is that spinners have bowled only 35.2% of the deliveries here in Dubai in IPL 2020 but have taken 40.4% of the wickets.

The slower bowlers (17.4) have had a better bowling strike rate this season as well when compared to pacers (21.8) at this venue.

In T20 cricket since 2018, though, pacers have taken wickets more frequently – they have a strike rate of 18.3, compared to 20.5 for the spinners. Batsmen have found it difficult to score quickly against spin at the ground, be it during IPL 2020 or in T20 matches since 2018.

We have selected Virat Kohli, AB de Villiers and Rohit Sharma in our team, but if you drop one of the three, then you are likely to have a more balanced side.

In RCB’s match against KXIP on Thursday, Punjab’s legspinning duo of Ravi Bishnoi and Murugan Ashwin took six wickets between them. Since 2018, among all bowling-types, RCB’s batting average (20.9) and balls per dismissal (16.6) is the lowest against right-arm legspin. Going by these stats, Rahul Chahar could be someone to consider. 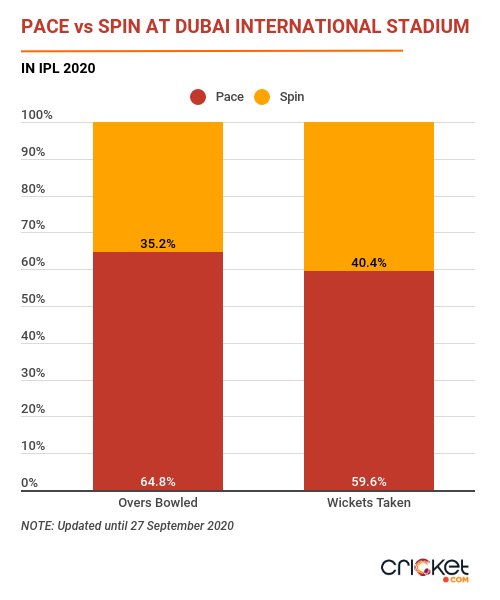 Virat Kohli hasn’t started IPL 2020 on a good note and will be eager to set things right in this game. It won’t be easy though as he is up against a quality bowling line-up which includes Jasprit Bumrah. To date, Kohli has done well against Bumrah, with an average of 56 and a strike rate of 155.6 in T20 cricket. 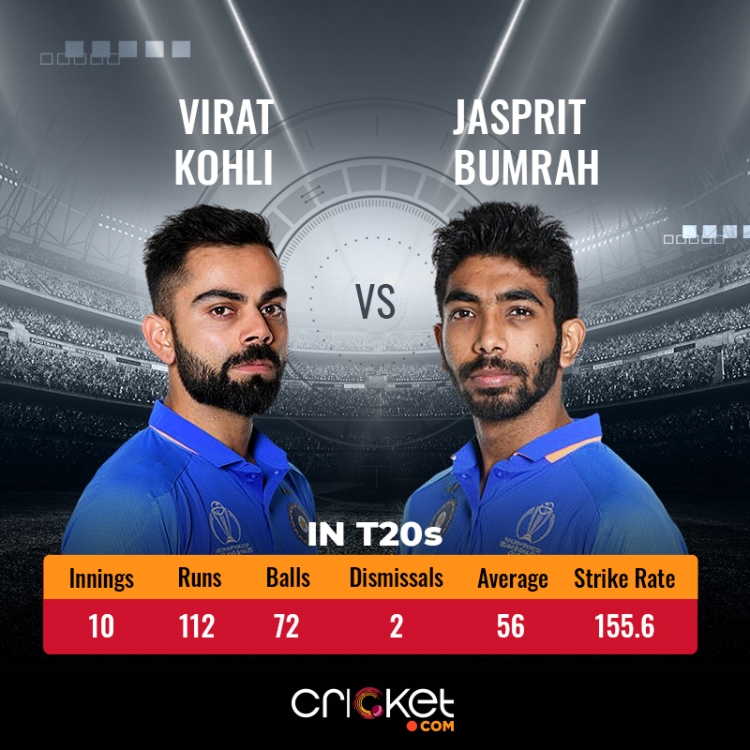 AB de Villiers hasn’t been troubled by many bowlers during his illustrious career, but he hasn’t found the going easy against Krunal Pandya. The MI spinner dismissed de Villiers in the first four innings that they came up against each other. The former South African captain has a strike rate of only 100 against Krunal too. 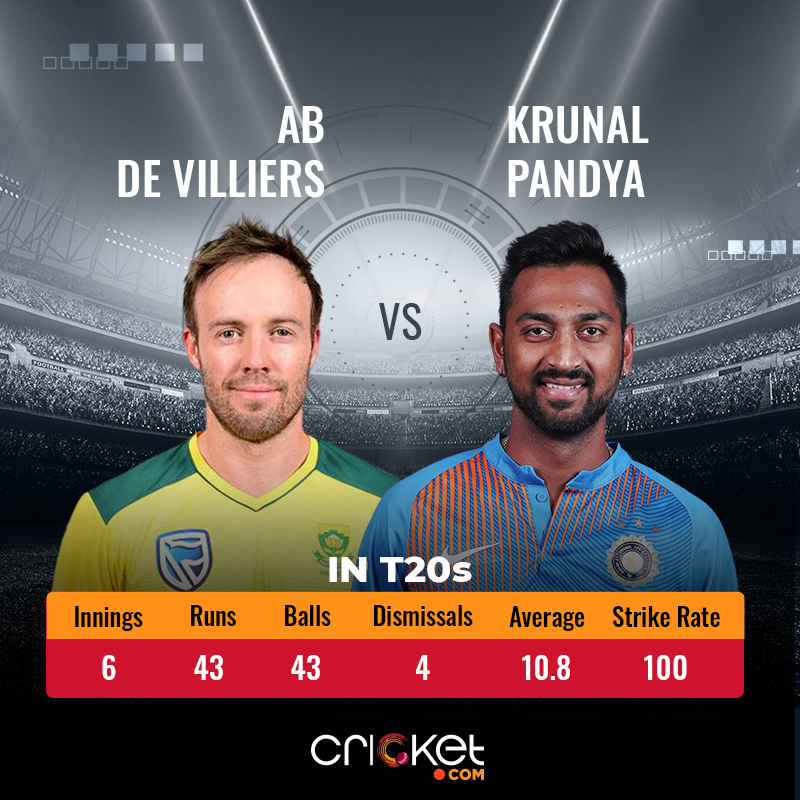 In MI’s match against Kolkata Knight Riders (KKR), we got to see how dangerous Rohit Sharma can be if he gets a start. For RCB to prevent that from happening, they need their new-ball bowlers to step up. Umesh Yadav hasn’t had the greatest of starts to IPL 2020 and will need to be at his best against Rohit. The MI captain has a very good strike rate (152.1) against Umesh in T20 cricket. 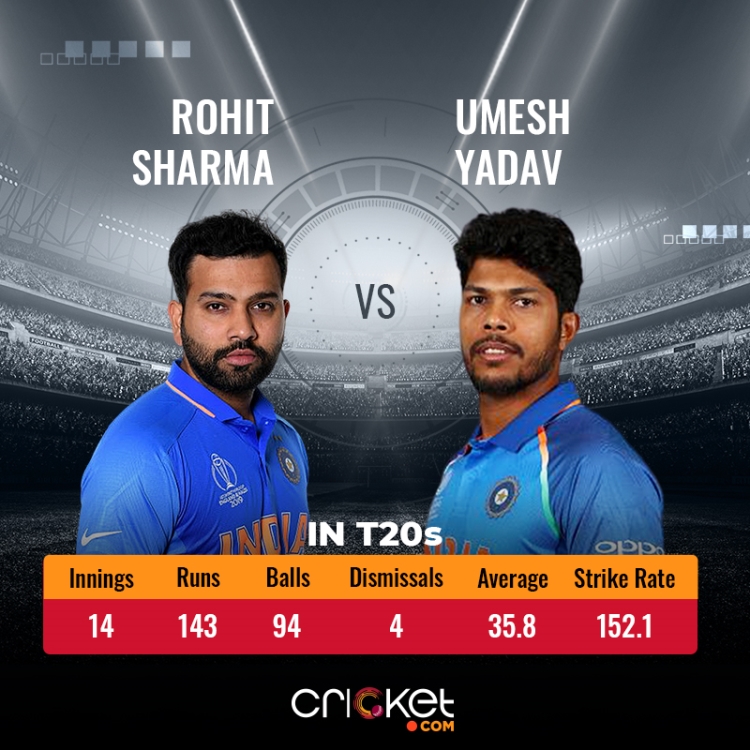 Yuzvendra Chahal has been the pick of RCB’s bowlers since he joined the franchise in 2014 and it has been the case this season so far too. If Quinton de Kock survives the new ball, then he will be wary of a contest against Chahal. The MI wicketkeeper-batsman has been dismissed thrice and averages just 10 against the RCB legspinner in T20 cricket. 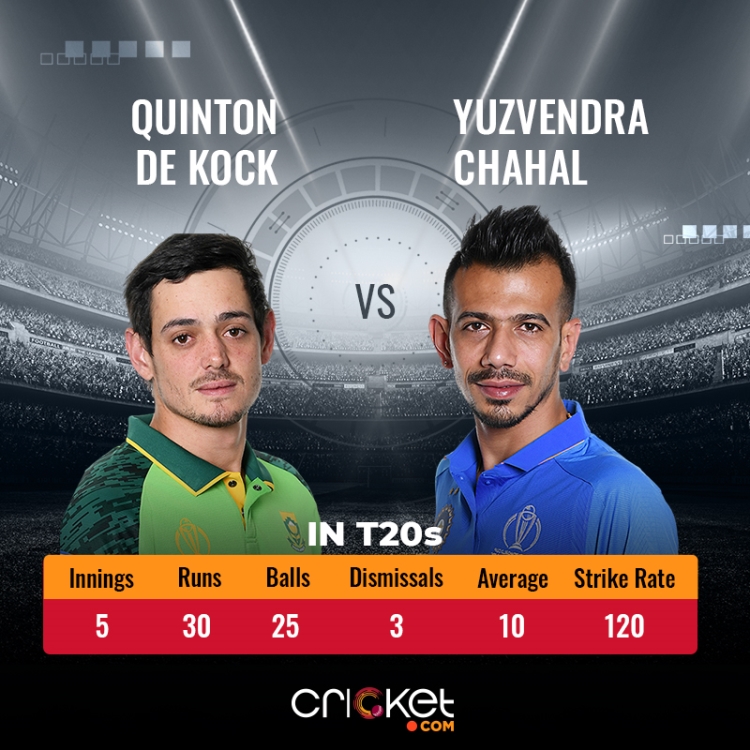 Despite Quinton de Kock getting dismissed for just one in MI’s match against KKR, he still seems to be a player you should consider for captaincy. The main reason for this is his consistency. Since he joined the Mumbai franchise in 2019, he is the highest run-getter (563) for the team. He has scored 31.3 runs per IPL innings that he has batted for Mumbai, the highest for any MI batsman who has batted 3+ innings during the period.

Our Criclytics player projector predicts de Kock could score 16-39 runs in this match.

Be it with the bat or in the field, Virat Kohli has had a poor start to IPL 2020. He hasn’t scored 50+ in eight T20 innings in 2020 as well. Despite this, it will take a brave person to not include Kohli in their team. With the move to send Josh Philippe at the number three spot not working in the game against KXIP, don’t be surprised if Kohli is back in the top three of RCB’s batting order for this match.

Our Criclytics player projector predicts Kohli could score 14-37 runs in this match.

In MI’s first two matches of the season, Suryakumar Yadav was the only player in their playing eleven with no international experience. Yet, he will always be one of the first names on the team sheet mainly because of his consistent performances since he joined the franchise in 2018. Since then, Suryakumar is MI’s highest run-getter, having scored 1000 runs at an average of 34.5. Next on the list is Rohit with 783 runs which is a significant gap.

Our Criclytics player projector predicts Suryakumar could score 14-37 runs in this match.

Yuzvendra Chahal was the Player of the Match in RCB’s win against Sunrisers Hyderabad and then followed it up with a fine performance against KXIP when most other bowlers in his team went for runs aplenty. Despite RCB losing twice against MI, Chahal took six wickets across the two fixtures between these two teams last season.