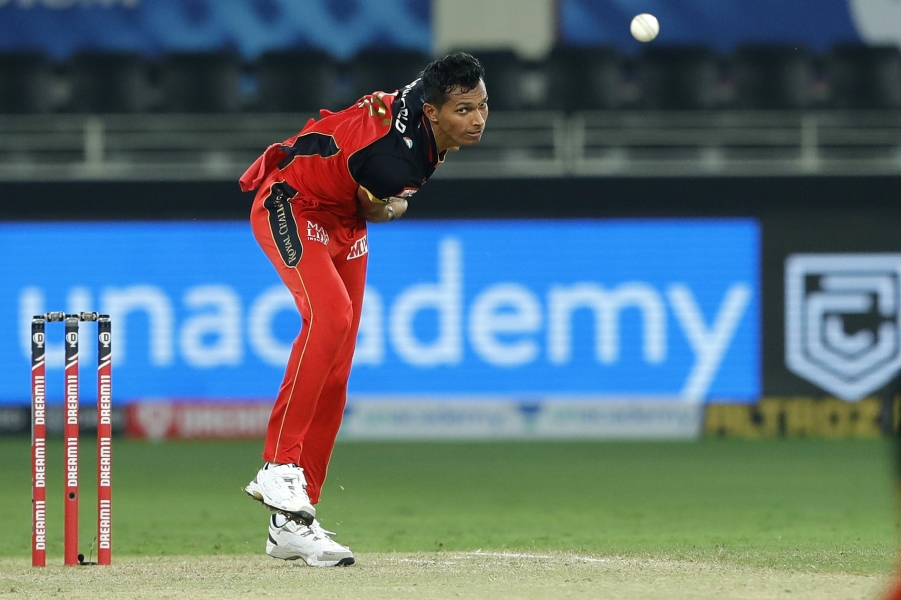 Reining in the batsmen like Kieron Pollard and Hardik Pandya in a Super Over is no mean task and Royals Challengers Bangalore skipper Virat Kohli was quick to acknowledge a job well-done by his pacer Navdeep Saini. Saini conceded only seven runs in the Super Over to decisively tilt the match against Mumbai Indians on Monday after both the teams finished with the score of 201 in regular contest.

"Outstanding Super Over from him (Saini), bowling against Hardik (Pandya) and Kieron Pollard. I think the longer boundary helped him gain some confidence with his yorker, because he has got the pace and then he was using the wide yorker well too," Kohli said at the post-match presentation ceremony.

"The guys showed real good composure to get these two points in the bag and very crucial points at early stages of the tournament," Kohli added.

The India skipper also praised young wicketkeeper-batsman Ishan Kishan and Kieron Pollard to bring Mumbai back into the game. "It was such a roller-coaster of a game. We batted well in the first innings to get us past 200 and then the start of bowling was outstanding. They played well in the middle overs, waited for the dew to kick in. Pollard and Ishan to bat the way they did was outstanding to keep them in the game," he said.

According to Kohli, fielding is something that his team needs to work on. Mumbai Indians skipper Rohit Sharma conceded that RCB controlled nerves better than his team. "Nothing to take away from RCB. They stuck to their plans, although we put them under pressure, they held their nerve more than us. It was a great game of cricket, we were not in the game at all when we started with the bat.

"But great innings by Ishan (Kishan) there to get us back in the game and then Polly (Kieron Pollard) was brilliant as usual," Rohit said.

Rohit said that Kishan was drained and hence he was not to bat in the Super Over.

"He was drained out and was not comfortable. We thought we could send him in but he was not feeling fresh and Hardik is somebody we trust for hitting the long-balls but it did not come off."

Rohit was confident that the match was on till Pollard was around. "We lost a few wickets there and could not get back. With Polly (Pollard) being there, anything can happen and with Ishan hitting the ball really well, we had that belief that we could get it," he said.

NEWS
Backed Hardik, Pollard to get the job done in Super Over, says Jayawardene
Many were left surprised when Ishan Kishan did not come out to bat in the Super Over after scoring 99 earlier