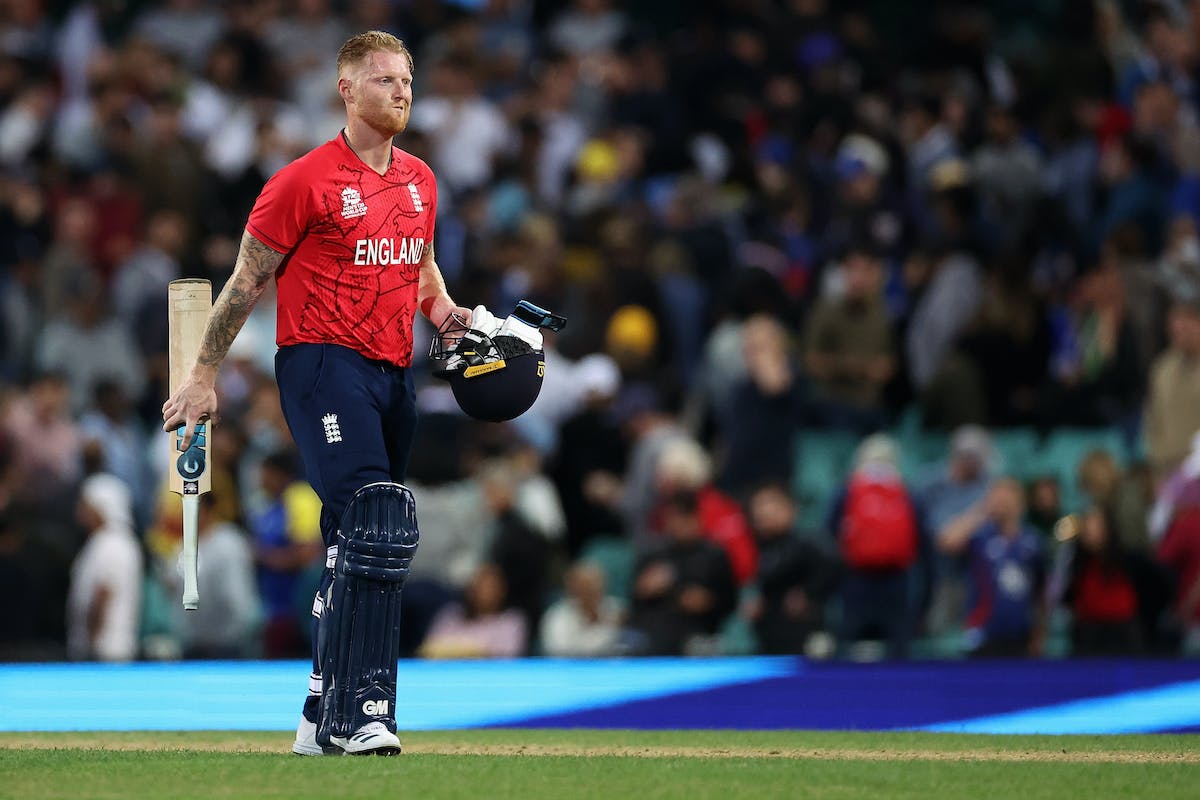 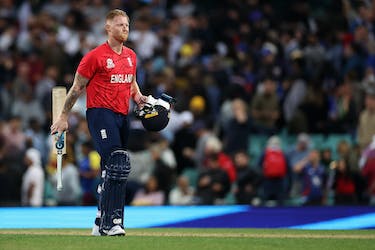 Ben Stokes scored just two boundaries in his match-winning 42 against Sri Lanka, but it was just what the situation needed

You don’t get to be called the England's greatest player and a generational greats for nothing. The most significant knock in the greatest World Cup final, check. One of the greatest hundreds against all odds in an Ashes Test, check. May be, its not be enough for some. But his T20I numbers aren’t that great. An average below 20 after 40 matches? No fifties and three single-digit scores in the 2022 T20 World Cup? What is his value to the team?

If one has to question Ben Stokes’ importance with numbers, there will be a handful. But, before those questions become part of tea-time talk, Stokes comes up with a fitting answer on the grandest stage.

On Saturday against Sri Lanka, England were flirting with a Super 12 elimination – their batters were faltering and a sluggish pitch at the SCG made a target of 144 runs seem like 200. Sri Lanka’s bowling, for all its absences and faults, were stifling England at every opportunity. These are the situations Stokes had built his career on.

“Those kind of situations is what he's made for and I'm delighted for him. While he's at the crease, that gives you a sense of calm. He can play a lot of roles. He effects the game in all three facets. He's a proper competitor. Getting to this stage of competition is where you just see him grow and grow,” England captain Jos Buttler said about Stokes after the match.

England had other worries as well. Dawid Malan, their premier batter against spin and No.3, limped off the field during the first innings due to a sudden twinge in his groin. It was imperative that Stokes took his place in the batting order. Ahead of the match, Stokes’ match fitness looked questionable. During the warm-up session, he had his knee heavily strapped. Soon after he walked out to the middle in the eighth over, he was wincing in pain after running a two. 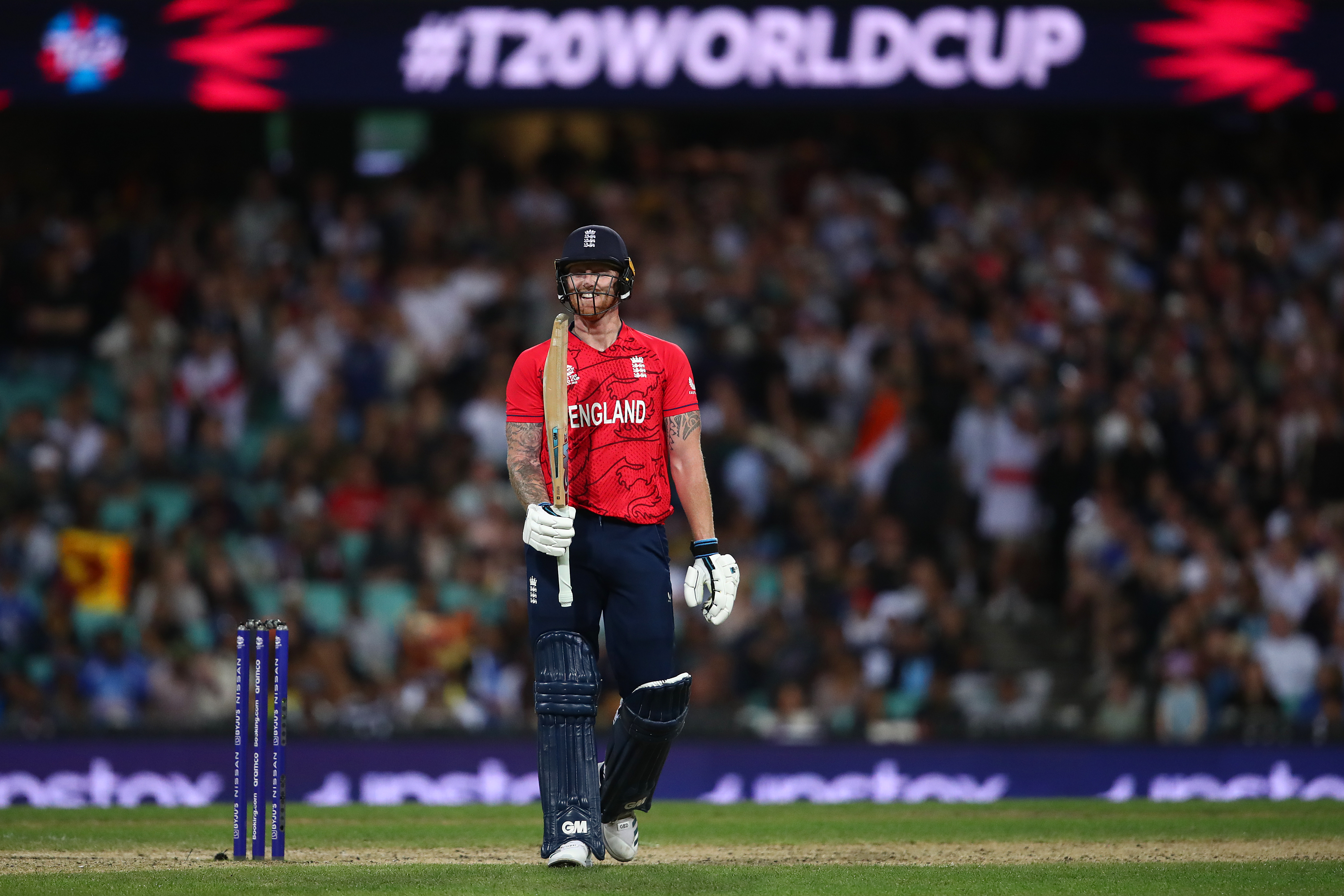 Playing through pain was not a new thing for Stokes. In July 2021, he led a makeshift England ODI team against Pakistan in three matches after their main team was quarantined due to COVID-19 outbreak, all while nursing a broken index finger.

Loss of form and a dodgy knee weren’t apparent as soon as Stokes faced his first ball against Wanindu Hasaranga. He leaned into the legspinner’s fuller-length delivery and drove fluently to the cover fielder. It was assurance for England supporters that Stokes was at his confident best.

But soon enough, the English fans in the SCG were falling silent. Hasaranga removed Hales, Dhananjaya de Silva foxed Harry Brook, Liam Livingstone and Moeen Ali threw their wickets away. This was a confident Stokes at the crease, but it wasn’t going to be a swaggering counterattack. It needed situational awareness to play ugly, scrappy cricket.

The ball was stopping quite a bit and boundaries weren’t exactly needed when the required run rate was below 6 RPO. Stokes got those things right and wanted his partners to do the same. He ran 19 singles, six twos and a three. In his 36-ball 42, only eight were dots and two were boundaries. 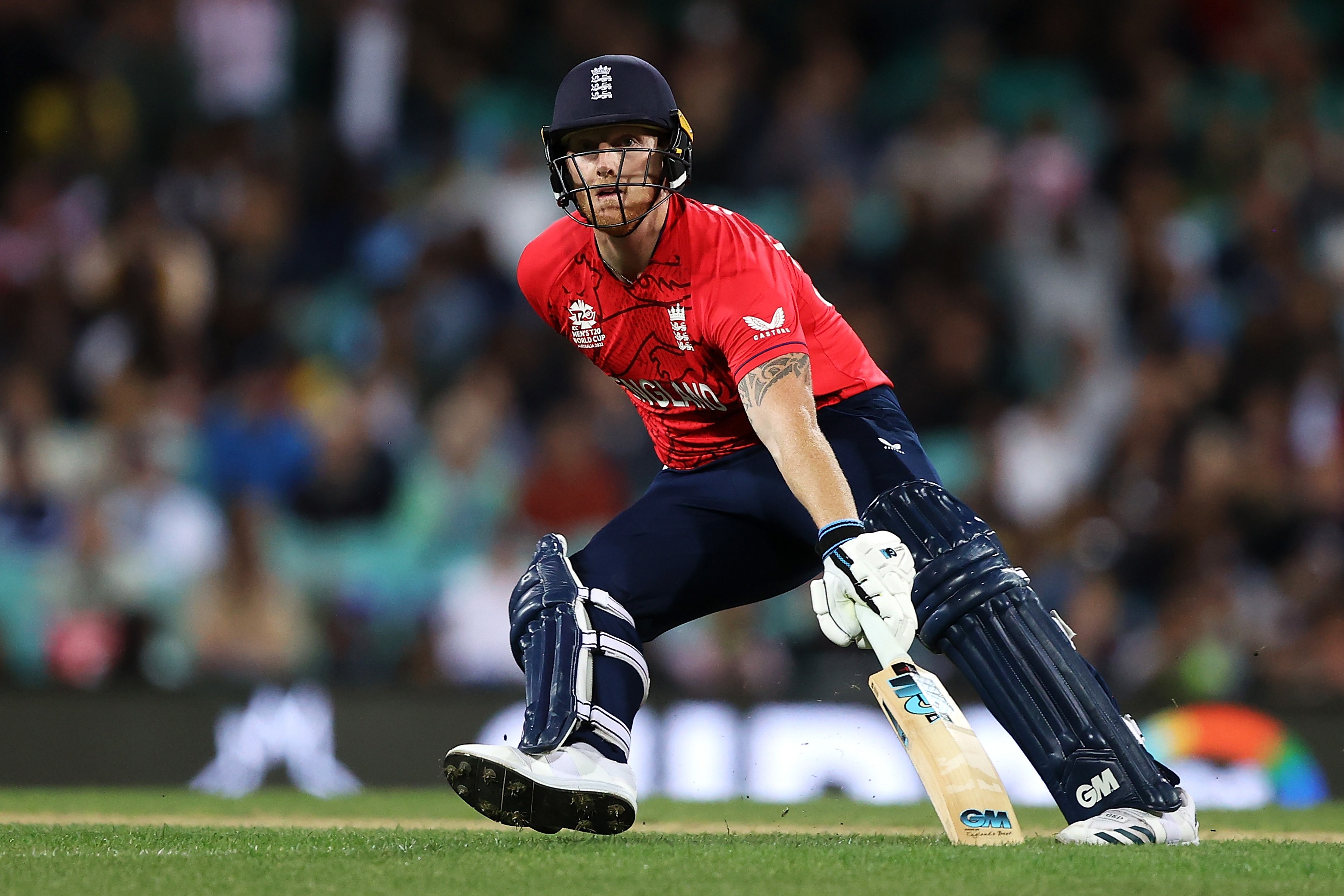 As the atmosphere got tense after three dot balls in the penultimate over, he walked up to Sam Curran and urged him to keep calm. Curran, though, went for a handsome flick behind the wicket and perished.

Chris Woakes understood Stokes’ thoughts. The pair didn’t try to manufacture a second run when one was good enough and waited on Sri Lanka to make the mistakes. When Hasaranga needlessly relayed the ball after stopping a boundary, Stokes was quick to scamper for a second. In the final over, they took advantage of Hasaranga’s cramps to steal a second run.

Once Woakes cut Lahiru Kumar to the deep square boundary, the English fans erupted. Sweet Caroline rung through SCG’s sound system and the Barmy Army knew whom to salute. They put their hands up and hailed their man of crisis.