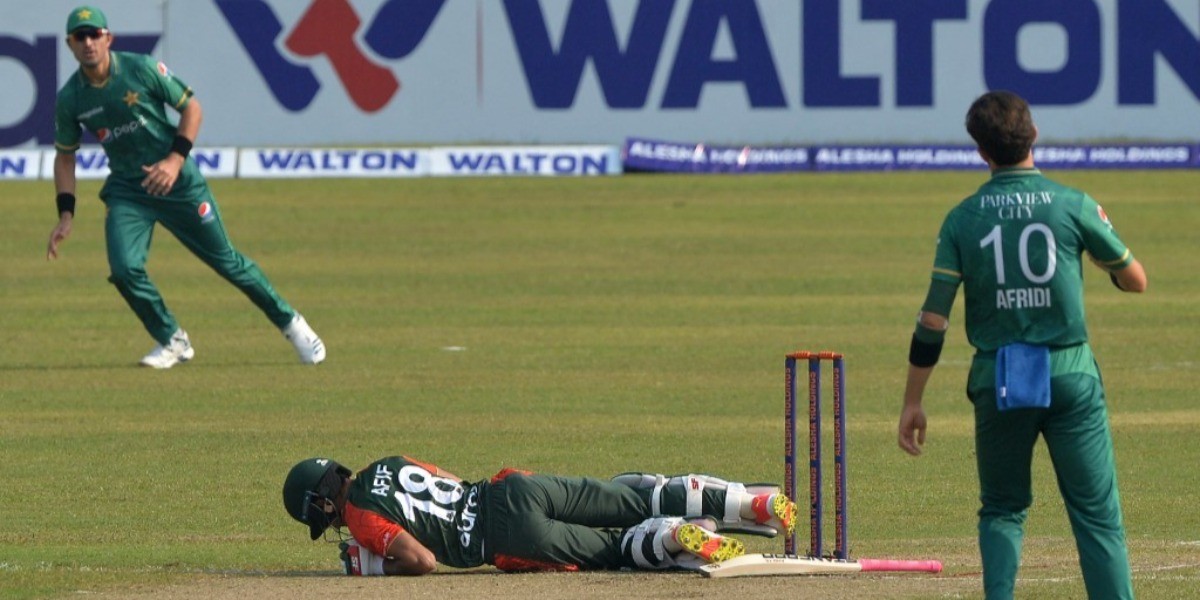 Pakistan pacer Shaheen Shah Afridi has personally apologised to Bangladesh batter Afif Hussain after hitting him with a throw during the second Twenty20 between the two teams in Dhaka.

He has also been fined 15 percent of match fees for his actions on Saturday. Shaheen lost his cool after Hussain hit him for a six. The Pakistan fast bowler later picked up the ball in his follow through and hurled it at the stumps though Hussain was in his crease.

The ball hit the batter and a doctor was rushed on to the field to ensure he was okay.

The Pakistan Cricket Board released a video of Shaheen walking up to Hussain after the match and apologising to him for the action and also hugging him with a smile.

It was Level 1 breach as per the ICC Code of Conduct. One demerit point has been added to the disciplinary record of Shaheen, for whom it was the first offence in a 24-month period.

"Afridi admitted the offence and accepted the sanction proposed by Neeyamur Rashid of the Emirates ICC International Panel of Match Referees and ratified by the ICC Cricket Operations department as per the COVID-19 interim playing regulations. There was no need for a formal hearing," said the ICC in a statement.

Shaheen's unnecessary aggressive behaviour was apparently not well received either by the Pakistan team management or the Pakistan Cricket Board and the fast bowler was immediately conveyed he must apologise to Afif. Pakistan won the second T20 match to take an unassailable 2-0 lead in the three match series but the behaviour of another pacer, Hasan Ali also didn't go down well with the management.

Hasan was also reprimanded by the International Cricket Council match referee and given a level one offence warning after he rudely gestured to Bangladesh wicketkeeper batter, Nurul Hasan to go back to the pavilion after having dismissed him in the first T20 international on Friday.